Happy Christmas from all at Compass! 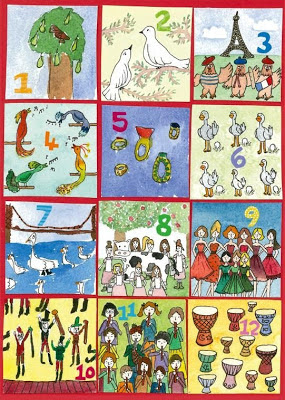 Yes the festive season is now well and truly upon us – let’s hope that all of your tills all around the country are a ringing and a jingling non stop!

This is the last Compass Points of 2012 and is therefore an ideal opportunity to whet your appetites for some of the big titles coming from a whole range of our publishers next year. We've just had a Sales Conference here at Compass – and boy did we get excited about some of the goodies that you’ll be selling in 2013!

First up is the autobiography of the British Paralympics wheelchair athlete David Weir. Weirwolf: My Story is an inspiring story of triumph over adversity by the athlete who the Daily Mail called “one of ’s greatest” and of whom Usain Bolt said “Simply inspiring”.  A major newspaper serialisation is already in place to support the publication of this title in April, and David will do interviews to promote the book – it’s going to be massive! David Weir has won a total of six gold medals at the 2008 and 2012 Paralympic Games, and has also won the London Marathon six times. You can watch a five minute documentary which explores David’s relationship with his wheelchair called Man and Machine below. 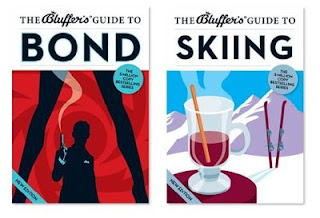 Now, who would like to have “the means to apparent instant erudition without actually having to know or study anything.”? All of us surely? Well, according to the Daily Mail, that’s exactly what the 5 million copy bestselling series The Bluffers Guide can offer! The Telegraph said that this series offers “an amazing amount of solid fact disguised as frivolous observation” and there’s no doubt that while the facts and jargon contained in these titles make the reader sound knowledgeable; the humour also makes the information much more memorable. The Bluffers Guides have been in print for over 40 years; 88 different titles have been published and they’ve been translated into more than 20 languages. Now they’ve had a redesign, a new logo, and a new website – and there are new books too! The first four rebooted titles come in March 2013 and are: The Bluffers Guide to Bond, The Bluffers Guide to Skiing, The Bluffers Guide to Sex and The Bluffers Guide to Wine – something there for everyone I think you’ll agree! Have a look at their highly addictive website bluffers.com where you can discover, among other things, how to blag your way through discussions about The Hobbit without having to bother to go and see the film or read the book – and get instant bluffers info on the day’s big news stories. In fact, it’s the perfect website on which to while away a few more hours on a Friday! 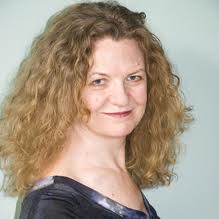 How are women supposed to make sense of the world today? Women have never had more freedom – yet questions of inequality persist from the bedroom to the boardroom. In The Public Woman, Joan Smith looks at what women have achieved – and the price they’ve paid for it. This call to arms is certain to become a key feminist text about the position of women today, and there has been early media interest from the Observer, the Sunday Times, the Guardian and BBC Radio 4’s Book of the Week. Joan Smith is an extremely well known novelist and journalist, who writes for several national newspapers and is in constant demand as a guest on Newsnight and on the BBC in general. The Public Woman is published in May – and is certain to be much debated and discussed. She’s not a lady to mince her words – so look out for the book, and check out Joan’s website politicalblonde.com if this sounds like something for you and your bookshop!
Here's a little clip of Joan at the Leveson Inquiry, where she describes the tabloid press as remorseless and infantile! 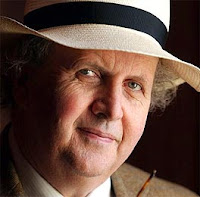 A new title from Alexander McCall Smith is always something to look forward to, and The Girl Who Was Thursday is published in next spring. As the Times said, “His writing is as warm as cocoa, as cosy and thermal underwear and just what the doctor ordered for cold winter evenings. Exceedingly good.” He is best known for the twenty-five million copy selling series No 1 Ladies Detective Agency series; but his more recent books have sold extremely strongly too. Trains and Lovers, which came out a few months back, sold 20,000 in the first four weeks of publication – in hardback! Thank you very much all you booksellers for helping to make it such a success! The Girl Who Was Thursday is another love story – and is certain to do equally well. Have a look at ’s engaging website to find out more.
alexandermccallsmith.co.uk

Diane Chamberlain is another top selling author in the – with sales of over 440 copies. She is often lauded as the new Jodi Picoult. Her novels are wonderfully emotional and gripping, dealing with issues which make us question all our own assumptions. Heat Magazine said “Chamberlain put so much grit, emotion and drama into her books, that it’s impossible to stop thinking about the plot.” They are ideal for book clubs, as they contain lots of extra info – including book club questions. Her new title Her Mother’s Shadow comes in June. Have a look on Diane’s website, dianechamberlain.com where you can read an excerpt from this complex and captivating story. 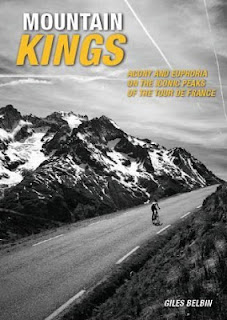 Now, is it just me, or is cycling having a bit of a moment? From British hero Bradley to the blaggard Armstrong – it never seems to be out of the media.  Certainly the Tour de France is one of the world’s most renowned and best-loved sporting events, and its challenging climbs are the stuff of pure legend. In Mountain Kings, author and cycling journalist Giles Belbin gets up close and personal to the Tour’s most iconic peaks and the indomitable heroes who’ve powered their way up them. Belbin has selected and cycled 25 of these classic mountain climbs to give a compelling and personalised account, reflecting upon the legendary tales from the Tour, its history and the heroes that have made ’s famous road race such an enduring and popular sporting event. This beautifully published book contains over 200 colour photographs, and features profiles on the most influential and memorable climbers of the Tour, plus chapters on the event’s creation, its history and highlights. Featuring all the must-know stats for each climb alongside breathtaking photography and evocative descriptions of the ride; this book forms a stunning celebration of the Tour’s relationship with the majestic mountains of this historic road race. It is published to coincide with the landmark 100th Tour de France in July 2013. If you’re a Tour de France fan you can get a preview of next year’s route here 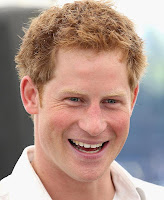 And finally – who’s the most popular member of the royal family? Who’s the coolest? Who’s the biggest liability? Well the answers must surely be up for discussion – but a strong contender for all three is  Prince Harry. Harry: the People’s Prince by Chris Hutchins charts the remarkable journey of this seemingly ordinary young man, with an extraordinary destiny. Written with the help of a wide range of people who know him – from senior aides to aristocrats, to bodyguards, friends; from those he shared classrooms with to those he drank with, and soldiers he has served with – this is the story of a young man who has admirably created a life for himself in contrast to the one set out for him by what he describes as “an accident of birth”.

Chris Hutchins has previously written biographies of Putin, Abramovich, Princess Diana and Sarah Ferguson. This hardback is published in April and contains many colour photos. The book has a handsome cover of Harry smiling and looking very dashing and wholesome in his army uniform as you can see – but if you’d rather remind yourself of how he looks in less “official” mode – then have a little peek at the film below!!

All of the titles mentioned are coming in 2013. They're not available to order yet, but for information about titles that are already published,  then please click here to go to the Compass New Titles Website.

That’s all for now folks, more in the New Year! Have a very merry one!

Posted by Compass Rose at Thursday, December 13, 2012 No comments: