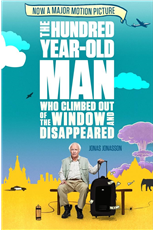 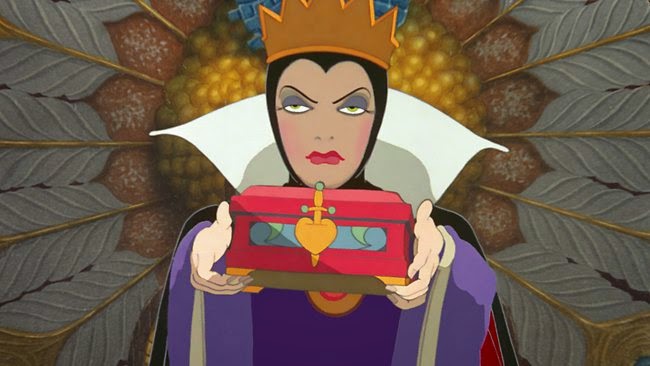 Fairytales – good or bad for children? I’m sure most booksellers would feel they were A Good Thing – but you might recall that apparently recently Richard Dawkins told the Cheltenham Science Festival that tales could be harmful to children if they teach children the world is shaped by supernaturalism. The Daily Telegraph and Daily Mail both reported that Dawkins said it was "pernicious to instil in a child the view that the world is shaped by supernaturalism" and asked, “Is it a good thing to go along with the fantasy of childhood…? Or should we be fostering a spirit of scepticism?" However, yesterday, Dawkins defended his views on the BBC World Service, and said the idea that he wanted to ban fairy tales was “absolute nonsense”. You can read the full story in The Bookseller here

We are delighted to announce that three Carcanet poets: Louise Glück, Kei Miller and Jeffrey Wainwright have all been shortlisted for the 2014 Forward Poetry Prize. William Sieghart, who founded the Forward prizes in 1991, said the writers on the shortlists “bring news that stays news, in fresh and startling language”, and that their voices “remind readers that, in an age of shortened attention spans, good poetry can communicate insights and visions with a power other art forms can only envy”. This year the Forward panel is led by Jeremy Paxman, alongside the musician Cerys Matthews and three poets: Dannie Abse, Helen Mort and Vahni Capildeo. The winners will be announced on 30 September. Faithful and Virtuous Night (978 1847774798 £9.95) by Louise Gluck which has been shortlisted for Best Collection is published in September 2014. The Cartographer Tries to Map His Way to (978 1847772671 £9.95) by Kei Miller which has also been shortlisted for Best Collection has just been published this May. The Empty Road by Jeffrey Wainwright has been shortlisted for Best Single Poem.  Jeffrey has a number of poems in print with Carcanet. To find out more, go to the Carcanet website www.carcanet.co.uk. Congratulations to all three poets – and we will bring you the results when they are announced in September.

What on earth is the mighty Amazon up to now? They’ve just released a teaser trailer which you can watch here for a new product to be launched later this month, featuring people using and commenting on an unseen device. The 50-second film has prompted speculation that the internet retailer is due to launch a new smartphone which features 3D or holographic technology. 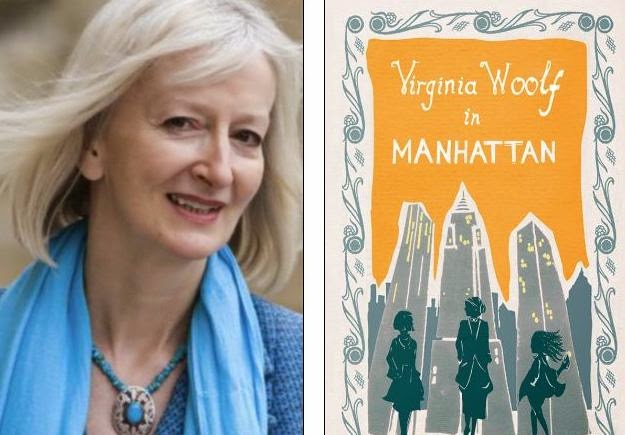 Some good reviews of Maggie Gee’s new novel Virginia Woolf in Manhattan, ahead of its official publication on Monday. Metro newspaper said “This giddily playful novel from Maggie Gee is a playful what if: what if Virginia Woolf were to suddenly reappear in the library in modern-day ? A gloriously funny, fleet-footed novel about the relationships between women and the ways literary heroes live on in our imaginations.” There was also an excellent plug in the Daily Mail with a great big picture of the books – very good publicity indeed! This title is ideal summer reading, and you can order copies and find out more here. It’s published on 9 June by Telegram (978 1846591884) in hardback at £14.99

Now here’s a question for you; what do governments and their civil servants do with all the unpopular subjects that they don’t want to confront? Well I can tell you what they do; they toss them straight into a box marked Too Difficult. Now from Biteback comes a seriously important book on that subject by some of the most influential voices in the country. These are those long-term issues facing our society and economy which are not addressed effectively – mainly because of the difficulty of overcoming short-term complications. And of course this failure to address things in the long-term inevitably makes us all deeply cynical about democracy itself. The Two Difficult Box is by former Home Secretary Charles Clarke, who brings together a cast of heavy hitters from the worlds of politics, academia and public service, including Hayden Phillips, Shirley Williams, Vince Cable, Trevor Phillips, Patricia Hewitt and David Blunkett to write persuasively on important topics such as immigration, drug regulation, nuclear disarmament and social care in old age. The Two Difficult Box  (hb,  978 1849546973 25.00) may become one of the most influential political books of the year, and its editor Charles Clarke is going to be the main guest on the Daily Politics  show next Tuesday (10th June) when he will be discussing it.
Order The Too Difficult Box here 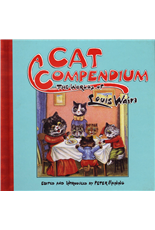 A Cat Compendium: The Worlds of Louis Wain edited by Peter Haining is not your usual cat book – but it certainly has the potential to become a very successful title. From humble beginnings Louis Wain (born in 1860) became a hugely successful popular artist. During the 1880’s he began to specialise in drawing cats: cats playing poker, boxing, playing cricket – doing almost any human activity, in fact. His pictures are widely available today as decorative motifs and popular prints, but in his day the man dubbed ‘the Hogarth of cat life’ was a celebrity who sold thousands of drawings and paintings to an insatiable public. He created the Louis Wain Annual series and the first ever animated cat character, which was later acknowledged as the inspiration for Mickey Mouse. Despite his popularity, Wain suffered financial difficulty throughout his life and after he lost his fortune, he lost his mind. He ended up in a provincial asylum, sketching psychedelic cats that were more fiend than feline. When his fate was discovered in 1925, the Royal Family and the Prime Minister joined a national campaign to rescue Wain. 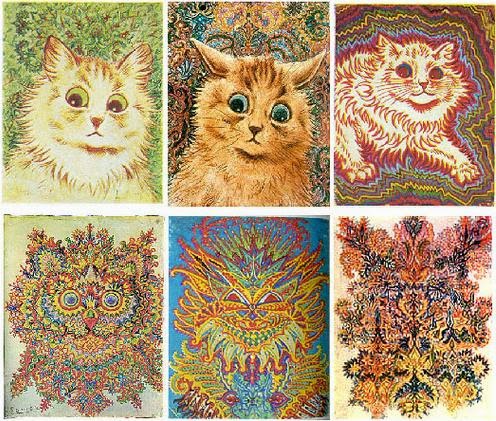 The artist never entirely recovered his health, but was eventually moved to a better home, where he continued to draw and paint almost until his death in 1939. With a wealth of Wain’s most famous drawings, as well as rare writings by and about the artist, A Cat
Compendium is an ideal book for both Wain fans and cat-lovers in general. Original Wain Annuals now change hands for hundreds of pounds and almost no other books on Wain are currently available. This book contains sixty of Wain’s best-loved illustrations and also includes an in-depth biographical study. Famous Wain fans include , Tracy Emin and H.G. Wells – and there is a short but fascinating 3 min film here on YouTube on Wain which serves as a good introduction to him if you are not familiar with his work. A Cat Compendium is published in August by Peter Owen and you can find out more and order it here. 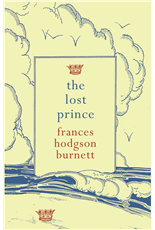 Two new titles are coming in August from Hesperus Minor. This beautifully produced series of B-format paperbacks for children with their evocative and nostalgic covers is proving very popular, so thank you for all your support. The Lost Prince (9781843915232, £7.99, pb) is by Frances Hodgson Burnett; better known for Little Lord Fauntleroy, A Little Princess, and The Secret Garden. This story is an evocative portrayal of early twentieth-century , inspired by real events. It is a stirring tale of destiny, revolution, family and friendship; and begins with twelve-year-old Marco and his father, Stefan who are exiled citizens of the impoverished Eastern European nation of Samavia. They live in , where Stefan often receives mysterious visitors and where Marco befriends a street urchin known only as Rat. Stefan decides to send the pair on a secret mission in , carrying a coded message to fellow Samavian patriots across the continent… Burnett’s evocation of early twentieth-century is masterful, and her imaginative tale of political intrigue and family destiny will appeal to readers of all ages.
Order The Lost Prince here 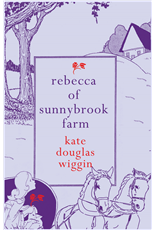 Rebecca of Sunnybrook Farm (9781843915249, £7.99, pb) by Kate Douglas Wiggin is the other title coming in August in this series – and this is a title that I remember absolutely loving as a child, so it’s great to see it back in print! This is a feel-good story in the vein of Anne of Green Gables and Pollyanna, which is vivid and beautiful in its depiction of rural life in the at the turn of the twentieth century.  Mark Twain, who did not dosh out praise lightly, called it “Beautiful and warm and satisfying”. It tells the story of a little 10 year old girl whose wit, charm and colossal positivity brings joy into the hearts of all she meets. The book was originally published in 1903, and was made into three highly successful films, which helped increase its popularity even more! The first was a silent film in 1917 which starred Mary Pickford. The second was in 1932, and the last time it was it was filmed was in 1938. Who do you think would be an appropriate actress to star in such a tale? Well, Judy Garland would be a good guess – but if you want someone to truly spread enchantment and joy, then I think Shirley Temple would have to be your girl.  Here's the trailer for that 1938 movie – I don’t know about you but this looks like just the sort of thing I could very happily while away a couple of hours watching.

And here's one of the most popular songs  from the film.  Shirley Temple singing Come and Get Your Happiness – you’d have to have a heart of stone not be cheered up by that on a Friday afternoon!
Order Rebecca of Sunnybrook Farm here

This blog is read weekly by over 700 booksellers as well as publishers and publicists. If you would like to order any of the titles mentioned, then please click here to go to the Compass New Titles Website or talk to your Compass Sales representative.
Posted by Compass Rose at Friday, June 06, 2014