It’s always exciting to bring you news of a new publisher arriving in the Compass family – and this week I can do just that! Forty-six are the UK imprint of Make Do Publishing and describe themselves as “a publishing upstart dedicated to the best new writing from around the universe, especially Asian literature in translation, as well as Asian-themed non-fiction, travel guides and multi-media books”. I confidently predict that Asian literature in translation is going to be one of the next ”big things”, and you will be hearing a lot more about Forty-six and their  authors  - who are often outspoken; frequently maverick, and also highly media savvy – all of which will guarantee these books plenty of publicity! You can find out more about Forty-six on the Make Do publishing website here: as their tagline says; new writing, from an expanding universe. 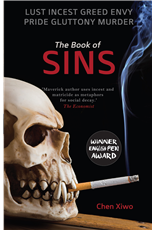 The first title coming from Forty-six is The Book of Sins by Chen Xiwo which is published in October. Chen Xiwo has been described as “one of ’s most outspoken voices on freedom of expression for writers” and this title caused an international sensation when the author sued the Chinese government to explain why they had banned it. It is an edgy exploration of sexual deviance which should certainly appeal to fans of Irving Walsh and early Ian McEwan. The Book of Sins is a journey to the dark side of the psyche. Seven linked novellas probe the relationship between sexual and political dysfunction and corruption, using topics like rape, incest, S&M, impotence, and voyeurism as metaphors for the decay of society. In I Love My Mum, a disabled man who is in an incestuous relationship with his mother, at her demand and using a whip she provides, beats her to death. In Bin Laden’s Kidney, a resident of an exclusive gated community indulges in voyeuristic fantasies about the sex life of his neighbours. In Going To Heaven, the young son of a village undertaker tries to convince his friend to enter a suicide pact. Blimey – this should cause a bit of a sensation I think, and you’ll be pleased to hear that Chen Xiwo will be visiting the in October to promote this title.  This week he has written all about his court case defending his book against the Chinese government on his blog, which you can read here. The Spectator and Economist have already written about Chen Xiwo with the Spectator saying “I haven’t been much drawn to erotica or political allegory but Chen Xiwo changed that”. Equal parts terrifying and addictive, this fluent English translation by Nicky Harman of The Book of Sins by Chen Xiwo (pb, 9789881677563 £9.95) will bring a major writer and dissident voice to wider prominence and you can find out more and order it here – it has a very eye-catching cover as do all the Forty-six titles.

Who can name the seven deadly sins? Wrath, greed, sloth, pride, lust envy, gluttony – although interestingly the cover of The Book of Sins replaces wrath with murder and sloth with incest – maybe wrath and sloth are too common in our lives these days to count as sins – or maybe that’s just my life.  Anyway, the last truly chilling portrayal of the seven sins was probably in Se7en – what a film that was. Watch the trailer here to remind yourself – hard to believe it’s almost 20 years old. 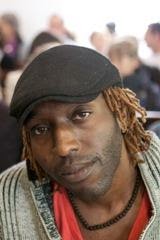 Carcanet is delighted to announce that Jamaican poet Kei Miller's The Cartographer Tries to Map a Way to Zion (pb, £9.95, 978 1 847772 67 1 )has been shortlisted for the 2014 International Dylan Thomas Prize!  The collection, already shortlisted for the Forward Prize in the Best Collection category, dramatises what happens when one system of knowledge, one method of understanding place and territory, comes up against another as the eponymous cartographer tries to find the rastaman's eternal city of .  The news has been reported on the BBC – you can read their piece about the Dylan Thomas Prize here 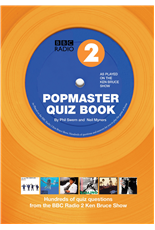 Who likes the PopMaster Quiz on Radio 2? Oooh yes, me, me, me. Possibly many of you are too busy selling books in the mornings to catch it this iconic quiz which is on air during the Ken Bruce show every morning  at about 10.30am, but it is massively massively popular. If you want to have a go – without suffering the potential embarrassment of coming across as a total dimbo on the radio; then you can play along right now in the privacy of your own bookshop on your computer here. And even better – now everyone can play along without needing a computer or the radio – when they order the official Radio 2 PopMaster Quiz Book, published by Red Planet containing hundreds of official questions and answers by Phil Swern and Neil Myners. From October onwards, the book will be trailed on BBC Radio 2 following the daily quiz. The book has official BBC branding and obviously readers can use it to test their own knowledge or play with friends: it’s the ideal Christmas book for any age! The PopMaster Quiz Book (£9.99, pb 978 1905959501) is published this month and you can find out more and order it here. The observant among you may have noticed that this book’s publisher: Red Planet is another new publisher for us at Compass – more on them next week! 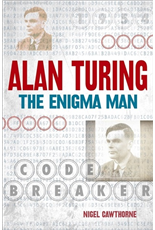 According to Winston Churchill, Alan Turing made the single biggest contribution to the Allied victory against Nazi Germany with his code-breaking machine. The world is also indebted to Turing's genius for inventing the modern computer. It was clear that Turing had a remarkable mind from an early age. He taught himself to read in just three weeks. At his first school, the headmistress said, 'I have had clever and hardworking boys, but Alan has genius.' In 1954, he was found dead, poisoned by an apple laced with cyanide. Alan Turing: The Enigma Man by Nigel Cawthorne is the story of his life. This biography covers Turing's childhood and school years, the years at and his disagreement with Wittgenstein, his time at and the Turing machine, the Bombe and its role in defeating the Nazis, the birth of the computer, Turing's conviction for gross indecency, chemical castration and his death. It really is very hard to think of a more fascinating and pertinent story than Turing’s – and never has he and his work been more prominent in the public awareness: Bletchley Park has been recently renovated and re-opened by the Duchess of Cambridge to huge fanfare. And if that wasn’t reason enough to order this excellent title; a film called The Imitation Game about the life of Alan Turing starring Benedict Cumberbatch and Keira Knightly is scheduled for release in November 2014. Yep, you read that right, two of the biggest stars of the moment – and it looks like a pretty gripping film too – you can watch a trailer for The Imitation Game here. Alan Turing: The Enigma Man (978 1784045357, £5.99, pb) includes 20 photos and is published in October by Arcturus: I would strongly suggest you order plenty of copies now!

The Poetry Book Society’s once-in-a-decade Next Generation Poets selection was announced yesterday and hurrah, four Carcanet poets have been chosen: Jane Yeh for The Ninjas (pb, £9.95 978 1847771476)

Kei Miller for A Light Song of Light (pb, £9.95 978 1847771032) This is a really big publicity opportunity and it’s great that Carcanet are leading the charge with four poets out of the total twenty (more than any of the other publisher!) The news has already been reported on the BBC news which you can see here and in the Guardian: which you can read here -  we hear from the Guardian that this piece is getting loads of traffic.  There’s also a big article in the Telegraph headed Is this Really Poetry’s Next Generation? And all the other broadsheets will cover this for sure – it was mentioned on BBC Radio 4’s Today Programme too. Congratulations Carcanet – it’s been a good week for you! 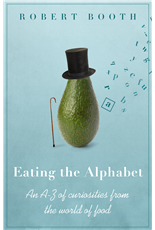 Ever wondered who invented the tin opener? Or where the phrase “mutton dressed as lamb” came from? Eating the Alphabet is a dictionary of the essential and the ridiculous relating to all things food and drink. People and inventions, recipes and their origins, vegetables and fine wines; all are served up and dissected to reveal the curiosities that we swallow up every day. Among the many fascinating entries are ‘A’ for Artusi and the case of minestrone and cholera; ‘M’ for Marilyn Monroe and her artichoke crown; ‘P’ for Proust and his incessant Madeleine; ‘Q’ for Quiche and how an Italian ambassador mispronounced it to barmaids… and lots more! Eating the Alphabet: An A-Z of Curiosities from the World of Food by Robert Booth (978 1909657595, £9.99, hb) is a perfect gift book for Christmas. Food writer Paul Levy said “The first Indian restaurant in ? What Balzac ate for dinner? And was it kinky when the Prince of Wales said he preferred ‘mutton dressed as lamb’? Robert Booth’s wondrously eccentric Eating the Alphabet contains the diverting and wacky answers, plus a hundred other things both you and I didn’t know about the subjects of food and drink.” It is published by Benefactum in October and you can order Eating the Alphabet here

What happens if you eat all the yummy things mentioned in Robert Booth’s book? You’ll get fat that’s what – better not give it to Katie Hopkins then - who's seen this   mash up - very funny! 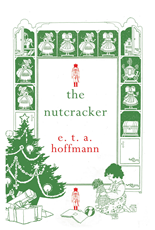 And finally, if Christmas is coming then one thing is guaranteed, theatres round the country will be mounting productions of The Nutcracker, and zillions of little five year old moppets dreaming of being the next Darcey Bussell will be dragged along to see it.  Speaking as one who has sat through several such performances, the actual story of this ballet is by no means easy to grasp – in fact much of it is downright confusing. What a bit of luck then that Hesperus Minor are publishing the original story in a beautiful new edition – all ready for those doting parents and grandparents to give to their offspring! Best known as the inspiration for Tchaikovsky’s ballet; The Nutcracker by ETA Hoffmann is a charming book in its own right. Full of magic and childish wonder, this coming-of-age novella has something for everyone: toys that come to life, a mouse king and his army, magical princesses, beautiful dolls, ferocious battles and dark undertones. It truly has all the elements of a fairy tale. Younger readers will be enchanted by this timeless fable exploring a child’s imagination, where good meets evil, while older readers will be intrigued to discover the background to the famous ballet libretto .This timeless tale is full of the magic of Christmas, but is a delight to read at any time of the year and its enduring popularity is testament to its originality and charm. The Independent said “If you’re unfamiliar with Hoffmann’s work, imagine an early 19th-century German Tim Burton and you’ll be pretty close”. The Nutcracker by ETA Hoffmann (£7.99, pb 978 1843915324) is published in October and you can order it and find out more here

And here’s one of the most famous moments from the ballet – the Dance of the Sugar Plum Fairy danced here by Nina Kaptsova from the Bolshoi Ballet.