Well, how was the eclipse for you this morning? Many of us in were distinctly underwhelmed! In fact you probably have many better examples of eclipses right there in your bookshop as their eerie light steals over many a novel, poem and play. But how well do you know the literature of occlusion? Test yourselves in the Guardian Literary Eclipse Quiz here! 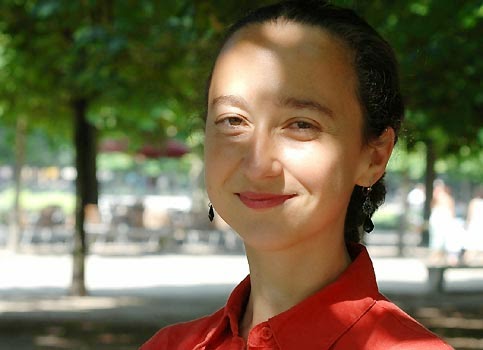 Genuine excitement however comes this morning in the form of the announcement from Gallic Books that they will be publishing the next book by Muriel Barbery – author of The Elegance of the Hedgehog. The Life of Elves (translated by Alison Anderson) has just been published in and will be published in the in March 2016.  The Elegance of the Hedgehog has now sold 177,770 copies in the – well done all you super supportive booksellers! The Life of Elves follows the fable-like stories of two girls: Maria, who lives on a farm in rural , and Clara, a gifted pianist who moves from her village in Abruzzo to in order to nurture her talent. Jane Aitken from Gallic said: “Muriel Barbery has used beautiful prose to create an extraordinary universe that draws the reader in. As in The Elegance of the Hedgehog, time and place are richly evoked, but at the same time both are transcended, opening out into universal themes. I am certain Muriel’s loyal readers will be entranced by her new novel.” You can read the story in the Bookseller here. 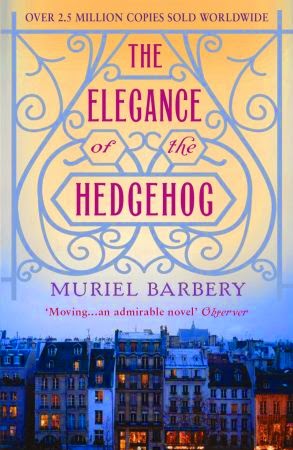 The Elegance of the Hedgehog is a terrific title – which the novel also fully justified. Wolf Hall and To Kill a Mockingbird – two more great titles, which also had viable explanations behind them. But how many of your customers picked up Stoner expecting it to be some druggie fantasy? Or Dorothy L Sayers classic The Nine Tailors – something to do with sewing surely – what so you mean it’s about bell ringing??! And isn’t Oranges are Not the Only Fruit the new cookbook from Deliciously Ella? Have a look here for an entertaining trawl through those books which really don’t live up to their names! 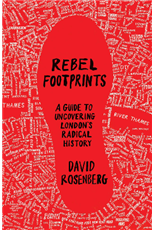 We love authors getting out on the road and doing signing sessions – and boy can it help to shift those books. A mention this week to David Rosenberg author of   Rebel Footprints: A Guide to Uncovering London’s Radical History (pb, 978 0745334097, 10.99) and also Nearly Reach the Sky: A Farewell to Upton Park by Brian Williams (pb, 978 1849548052, 12.99). Two very different titles – but both with strong local interest, and both authors have recently been into the Newham Bookshop for successful signing sessions. 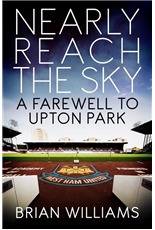 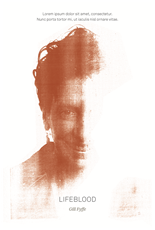 I hope today finds all of you in excellent health! And if by any chance you aren’t, you’ll pop into hospital, and our superb NHS will make you better right? Well, after reading Life Blood by Gill Fyffe (pb, 978 1910449165, 12.99) published this month by Freight you might want to think again on that one. This is the heart-breaking true story of one woman’s fight for justice in the wake of one of the biggest medical scandals in the last 30 years. It is a shocking story of the consequences of medical malpractice and a remarkable example of one woman fighting against the odds. In 1983 Gill Fyffe experienced a traumatic birth and a medical blunder resulted in severe blood loss, requiring transfusion. Aware of the spread of HIV, Gill was reluctant, but, with her life in danger, changed her mind. Weeks later, Gill’s moods became irrational and she started to experience blackouts. Many years later and she received word from the authorities they she may have contracted hepatitis C during the transfusion. Treatment was prescribed and after several years she is pronounced cured. However, the drug left Gill with crippling side-effects. Her short-term memory is permanently damaged, making her unfit for work, her eyes are now highly photosensitive and her skin blisters in sunlight. Legal enquiries reveal that due to the delay in being told of her infection through contaminated blood products, she is no longer able to sue for compensation. Life Blood is the extraordinary, heart-breaking story of a woman’s treatment during one the ’s biggest medical scandals. Despite huge physical challenges, Gill Fyffe has painstakingly recounted the shocking story in her own words, as she and others continue to fight for justice. Unsurprisingly, a major enquiry is due to report on this, and there will be major media coverage of this title. The Today Programme on Radio 4 is covering it on Wednesday; there will be a big interview in the Evening Standard and it will be a front page story in the Weekend Telegraph. Gill’s story is a timely and explosive reminder of the human cost of placing profit before ethics and the establishment’s unwillingness to compensate for its mistakes.
Order Life Blood and find out more here 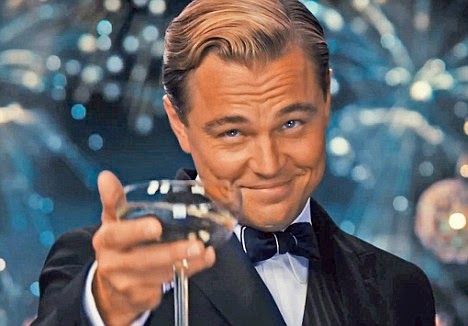 Book Festivals. Are they a) a right old jolly for authors (who, let’s face it, don’t get out much) where they can meet their fans, and eat and drink a lot at their publisher’s expense – and generally have a grand old time or b) a professional and time-consuming engagements for which writers should be paid accordingly. An interesting question methinks – and one that is debated today in the Bookseller here. 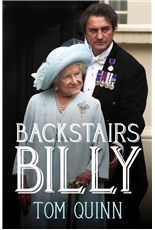 The serialisation of Backstairs Billy: The Royal Life of William Tallon by Tom Quinn (hb, £20, 978 1849547802) starts this Sunday in the Daily Mail – sure to attract attention among royal watchers!  You will remember this is the highly entertaining new royal biography showing us the royal family in a whole new light, through the eyes of one of its most extrovert characters. William Tallon, who died in 2007, was a shopkeeper’s son from the who worked for the Queen Mother for more than fifty years and became her most trusted servant. Known as’ Backstairs Billy’, he was charming, bitchy— and extremely promiscuous. Outrageously funny, scandalous, sometimes shocking, but always fascinating, this is the life story of one of the most original characters ever to have graced the royal household. It is out this week from Robson Press and you can find out more and order it here 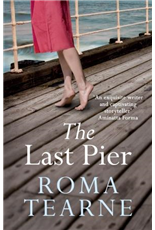 The Last Pier by Roma Tearne continues to garner terrific pre- publicity quotes. Jo Brand recently wrote “The Last Pier is an intriguing book which absorbed me right up to the final page. Beautifully written and difficult to stop thinking about." And the quote on the front cover from Fay Weldon is equally glowing.  “Exquisitely written… Once read, not easily forgotten”. The story behind this novel coming from Hesperus Press in April is fascinating – there was a big piece last week in the Independent on Sunday's Review all about the inspiration for it and Roma’s current residency at the Imperial War Museum Archives which you can read here. This focuses on a collection of long forgotten historical photographs lying in the archives. Back in 1942 the Ministry of Defence requested members of the public share their continental holiday snaps – and over 3,471 cardboard boxes of photos and postcards are still kept there.  They were originally examined by Intelligent Service experts and formed a part in the logistical planning of the British offensive into . 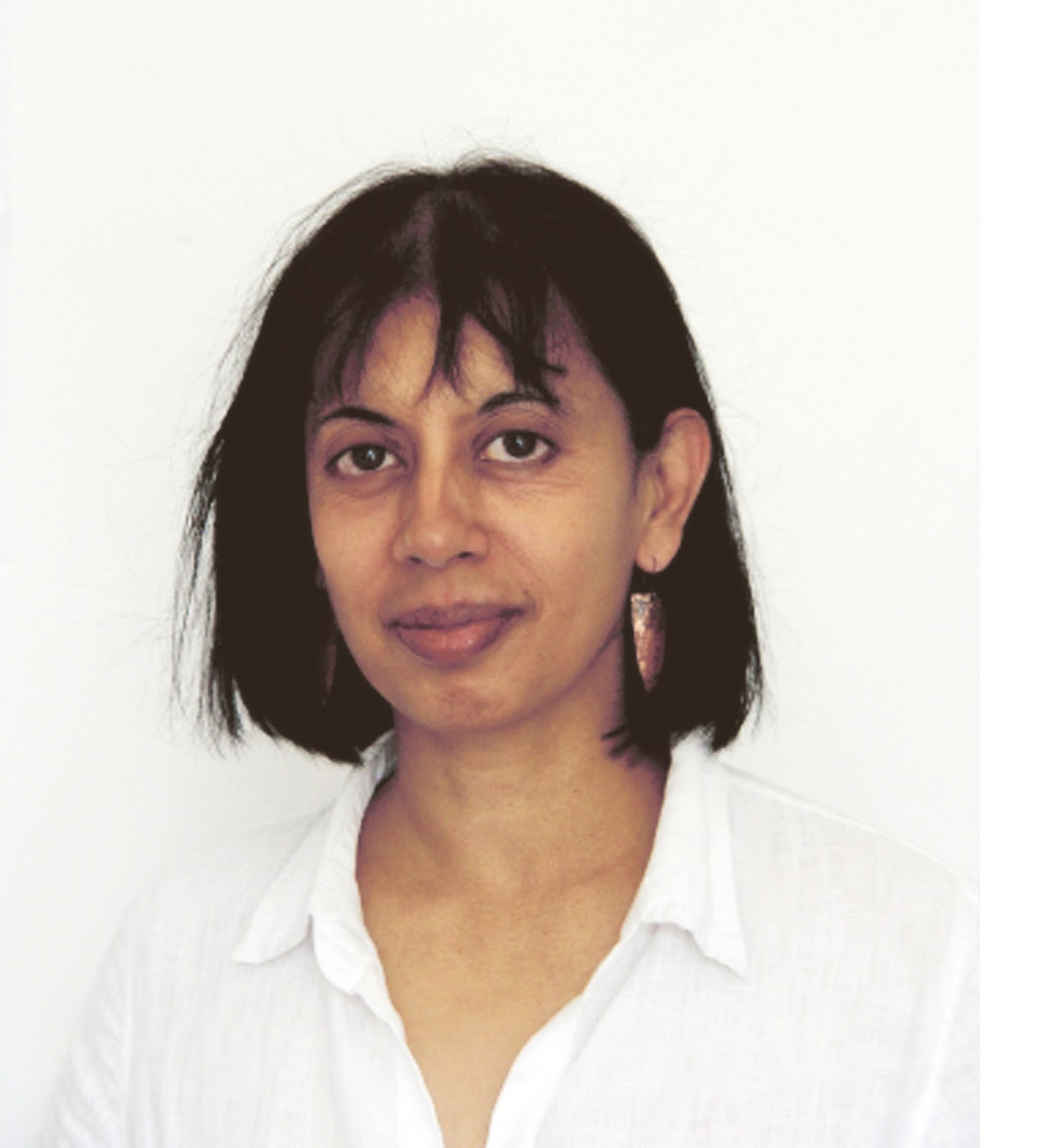 Roma is currently looking at them, and she will take inspirations from her findings to create an on-line project called Wish You Were Here (www.romatearne.co.uk) and ultimately an exhibition which will be hosted at the museum. The link here with The Last Pier is that it was inspired by her finding two bundles of photographs of the same family in different second-hand shops. The photographs had names and dates scribbled on the back which helped her conceive of her fictional family. And of course her book is set just before the outbreak of the Second World War. Roma Tearne will be up and down the country promoting The Last Pier – her first event is this Saturday at the Essex Literary Festival and she’ll also be doing events at the University of Winchester on 24th March, Blackwell's Oxford on 23rd April, Chipping Campden Literary Festival on 6th May, Winchester Writers' Festival on 20th June and The Aldeburgh Beach Lookout Gallery on 24th October. The book will be on BBC Radio 4 Open Book on 9th April and there will also be reviews and features in the Independent, the Times and the Telegraph.
The Last Pier is published by Hesperus on 10 April, and you can find out more and order it here. 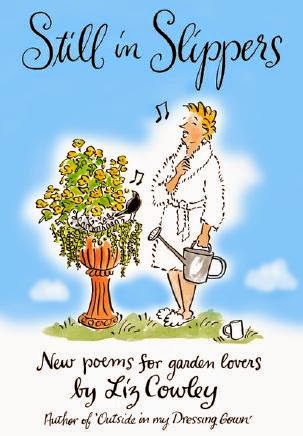 Congratulations to both Carcanet and Biteback who are shortlisted as Independent Publisher of the Year in the forthcoming Bookseller Industry Awards – which will be announced at a ceremony on 11 May. You can see all the award shortlists if you visit the awards website here. 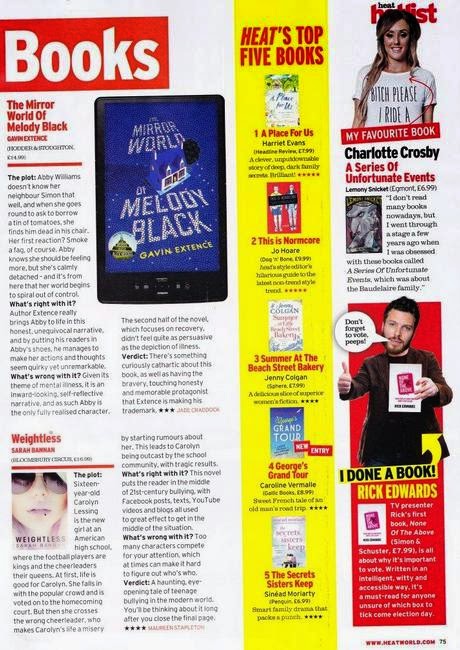 Heat Magazine is not a publication that features often in Compass Points – but, today we see that George’s Grand Tour is a new entry in Heatworld’s Top Five books! Hurrah!  George's Grand Tour by Caroline Vermalle (£8.99, pb, 978 1908313737) has just been published by Gallic Books and is a poignant yet joyful tale of how life can surprise us, at any age. 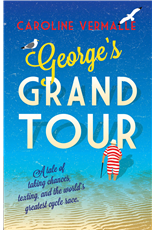 If you haven’t got copies yet, have a look here to read the first chapter – this is the story of retired butcher George Nicoleau who sets on the greatest adventure of his life when he and his neighbour Charles go on their long dreamed of road trip, driving the 3500 kilometres that make up the Tour de France. Will the journey prove to be everything he had hoped for? Wimbledon Books says it is “perfect for fans of The Hundred-Year-Old Man who Climbed out of the Window and Disappeared” and we couldn’t agree more!
Find out more and order it here

And here are some of the week’s best Tweets – remember you can see them all first hand by following us @CompassIPS  or click here if you are a Twitter virgin!

Carcanet Press @Carcanet ·
'Is poetry a revolutionary act? I will let you know the answer…'
Hesperus Press @HesperusPress ·
*exciting news fanfare* Third Voice, the chilling sequel to @WorldBookNight title Spring Tide, is published today!  Pluto Press @PlutoPress ·
REBEL FOOTPRINTS is published today. Very pleased to see it at #3 on the @Guardian_Bkshop bestseller list!
Melanie Hudson @Melanie_Hudson_
Thanks to everyone who has helped to promote The Wedding Cake Tree as @ChocLituk book club read of the month. It is very much appreciated xx
Compass Points @CompassIPS
Thanks @NewhamBookshop 1 great shop + 2 great authors: @BrianWill26 and David Rosenberg @PlutoPress = lots sold!
Waterstones Witney @WstonesWitney ·
"You must stay drunk on #writing so reality cannot destroy you." Ray Bradbury
Compass Points @CompassIPS
Is today's #Budget2015 one of the 101 Ways to Win an Election @BitebackPub? Great display - thanks @BlackwellEdin
Compass Points @CompassIPS
Getting very engrossed by proof of For Those Who Come After by @GaryRaymond_ from @parthianbooks in Oct - intriguing!
sara(no h) @saraisawesomeok
finished the peculiar life of a lonely postman and wow. I have never read more beautiful 90 page book.

To finish, a Friday riddle for you…

Question: What does an urbane, punk, Gallic aardvark (who bites back) from a red planet with a periscope on the freight deck of a cargo ship; need? 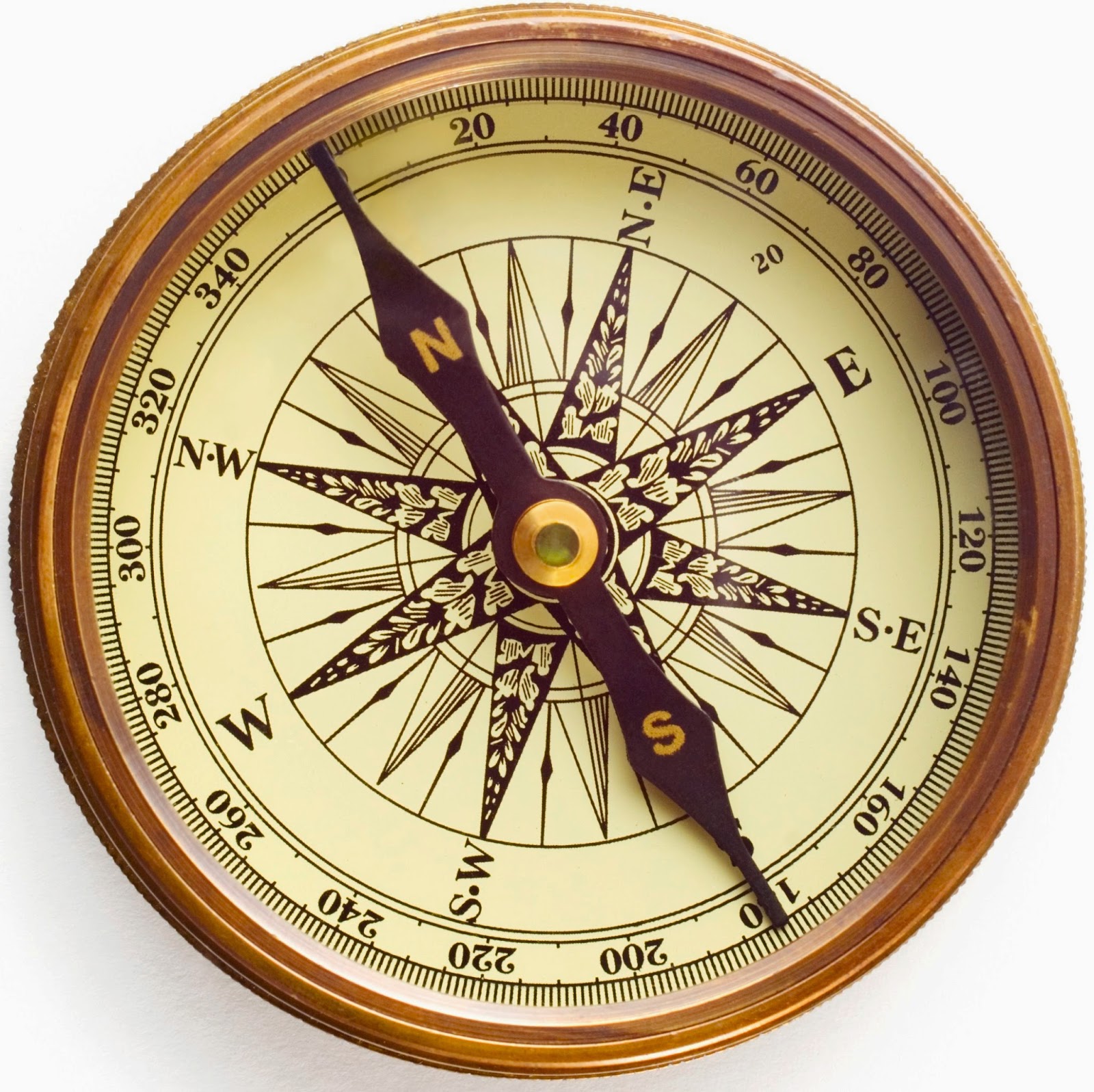 This blog is taken from a newsletter which is sent weekly to over 700 booksellers as well as publishers and publicists. If you would like to order any of the titles mentioned, then please click here to go to the Compass New Titles Website or talk to your Compass Sales representative
Posted by Compass Rose at Friday, March 20, 2015