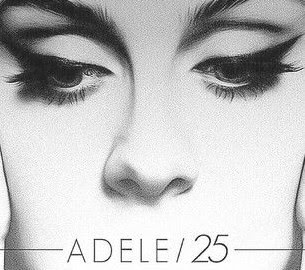 Who is excited about the new Adele album: 25? The first single Hello from it has just been released – and the album itself is out on 20 November. It has been predicted record sales, perhaps even as high as 2 million. The video for Hello also shattered the record for most views in 24 hours when it was watched over 27 million times, and has since totted up 127 million views. Previous record holder Taylor Swift received 20.1 million views for Bad Blood on the first day of its release. If the predictions are to be believed, Adele is also set to surpass Swift in album sales too. Swift's 1989 was the last album to sell 1 million copies in its first week. Whether or not you are personally an Adele fan, you might well want to think about stocking the piano, vocal and guitar sheet music song book for 25 in your bookshop. The sheet music for Adele’s previous albums has sold tens of thousands of copies via music shops and online – so why not scoop up some of those sales yourselves this time? There are thousands of singers, pianists and guitar players out there desperate to emulate the throaty tones of this unstoppable singing sensation and having the music is the vital first step! Adele 25: Piano, Vocal and Guitar Sheet Music (pb, 978 783057719, £15.99) can be ordered from Compass now – it’s published by the Music Sales Group, which the larger organisation encompassing Omnibus Press.

And here is that first single from the album, Hello with its obligatory moody video! 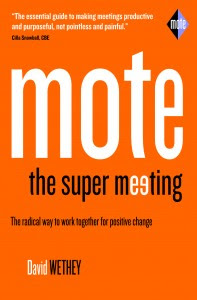 Congratulations to David Wethey whose excellent book Mote has just been shortlisted for the CMI Commuter Read Award. Mote: The Super Meeting (£12.99, hb, 978 1909273207) was published in June by Urbane and introduces organisations to a workable, practical and effective system of running meetings. Even conservative estimates say that we spend more than a quarter of our working lives in meetings, and that over 50% of that meeting time is wasted. Yet meetings appear central to the way process works in the vast majority of organizations and no-one seems to want to tell the truth about them. Can you embody leadership through meetings? Can you innovate effectively through meetings? Is creativity evolved in meetings? Mote: The Super Meeting is that better meeting and a life-changing way forward. When you learn how to mote you open up the pathways to business success. With Mote you can empower people, inspire innovation, promote productivity, and mote your way to your business goals. You can find more about the award (and read the first chapter) here. 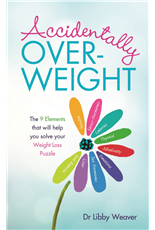 Halloween nearly done and dusted, firework night ditto – and then it’s the countdown to you know what. Looking even further ahead, once you’ve boxed up your boxing day returns for all those celeb biogs that didn’t sell: the very next thing to fill your bookshelves with in the New Year will be a slew of diet books. I very much like the sound of Accidentally Overweight by Dr Libby Weaver which is published in January by Hay House. Libby explains how the 'calorie equation' (how much you eat versus how much you move) is not the only determinant of our body shape and size: as she says if it was truly as simple as that, surely everyone would be trim, taut and terrific. Let's face it - for many people it is not a lack of education that leads them to polish off a packet of chocolate biscuits after dinner. Dr Weaver (a nutritional biochemist) has found nine factors that cause us to either lose or gain weight which include calories for sure, but also consist of stress hormones, sex hormones, thyroid function and emotions. I think this book will strike a chord with an awful lot of people – and there will be a big feature on it in the Daily Telegraph on 4th January. It will also feature in the 5th January issue of Bella magazine and there will be plenty of online publicity too – such as HonestlyHealthy.com. You can order Accidentally Overweight: The 9 Elements That Will Help You Solve Your Weight Loss Puzzle (pb, £10.99 978 1781806302) here 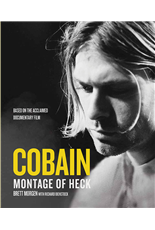 A reminder that the album of Kurt Cobain’s unreleased recordings, A Montage of Heck is released on November 13th. This accompanies the book A Montage of Heck (hb, £24.95, 978 1783059669) which is published by Omnibus Press. Cobain is on the cover of this month’s Uncut magazine which includes an interview with the director of the Montage of Heck documentary; Brett Morgen who is very complementary about our book. “I think the book and the album and the movie all very much complement each other. The interviews work better as a book than they do as the foundation of a film.” The Kurt Cobain legacy still continues to fascinate and inspire people and this riveting chronicle paints an illuminating and honest portrait of the Nirvana frontman, capturing the contradictions that made up his character. You can order A Montage of Heck and find out more here.

Here’s a short trailer for the Montage of Heck film – which gives you a good feel for the remarkable and sometimes shocking portrait of Kurt that the book delivers. 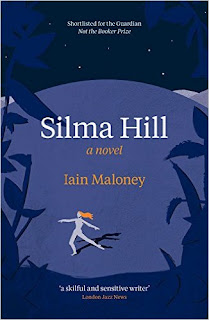 Eerie thriller Silma Hill (pb, £8.99, 978 1908754936) by Iain Maloney was picked as an ideal Halloween read by BBC Radio 2 this week. This is a fast-paced historical thriller where a rural village is ripped apart by accusations of witchcraft. It is described by reviewers as “engagingly disturbing ... leaves the reader asking questions about the nature of society and the role of religion and belief. The story is in many respects timeless.” It is published by Freight and available now.

And here's a great piece written today by Iain Maloney on exactly why Scottish writers are so damn good at being scary!

We were sad to hear of the death of Philip French – the well-known Observer film critic whose work was published by Carcanet. There will be special supplement in the Observer this Sunday with many tributes including one from Carcanet MD Michael Schmidt. For nearly half century French’s writing on cinema has been essential reading for anyone who enjoys witty, intelligent engagement with the big screen. Two titles currently available from Carcanet are: I Found It at the Movies (pb, £19.95, 978 1847771292) which collects the best of Philip French’s film writing from 1964 to 2009 and is an illuminating and entertaining companion to the world of the cinema.

Westerns (pb, £19.95, 978 1857547474) is the classic account of the emergence, growth and flowering of one of the most perennially popular film genres. When it was first published thirty years ago it was welcomed by reviewers as a major work and this new edition, fully revised and updated, with a new introduction, is a fascinating exploration of a genre which remains highly influential and reflects many of the social and psychological currents in American life. The piece in the Observer and other obituaries will definitely focus readers’ attention on the superb quality of Philip French’s sharp, clever and amusing writing – so do make sure you have these two titles in stock.

Thrilling historical tales of adventure always sell well – so I’m pleased to introduce you to Anthony Knivet: gentleman, baker, lover, linguist, explorer, and an indispensable advisor to the kings of several Brazilian tribes. Roebuck: Tales of an Admirable Adventurer by Luke Waterson is a swashbuckling tale of the highest order, following Knivet’s escapades in during the 1590s. It is inspired by the true story of this explorer’s ill-fated circumnavigation of the globe and his determination to carve a name for himself despite the bizarre, unsavoury and sometimes just plain evil characters that stand in his way. Luke Waterson is a popular travel writer for publishers such as Rough Guides and Lonely Planet as well as many newspapers, and this is his debut novel. Roebuck (pb, 978 1910692035, £8.99) is published in December by Urbane and you can find out more and order it here. 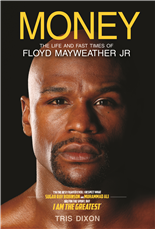 Floyd Mayweather has dominated sports news around the world in 2015 declaring himself to be the greatest boxer there has ever been, eclipsing even Muhammed Ali and Sugar Ray Robinson. There’s no denying that he is a world champion at five weights, he has won all 48 bouts of his near 19-year professional career and he has won 26 world-title fights. Money: The Life and Fast Times of Floyd Mayweather Junior is the first-ever biography of the planet’s wealthiest sports star – and one of the world’s most controversial. He has never married, has four children by two women, and is a habitual gambler, known to win and lose millions on a single half of football or basketball. He is obsessed with money, almost as obsessed as he is about protecting his unbeaten record. This book is a searing, insightful and often brutal exposé of one of the greatest athletes the world has ever seen – and I think it will sell well! Money by Tris Dixon (hb, 978 1909715271, £16.99) is published by Arena Sport in December and you can order it here.

And if boxing isn’t your thing, and you’re not entirely sure who Floyd Mayweather Junior actually is – then here are eight minutes of his greatest hits - literally!

It’s Halloween tomorrow! We’re enjoying these #TenuousHalloweenTitles from Biteback and Robson Press...
Project Fear by Joe Pike
Getting Out Alive by Roger Mosey
Finding The Plot: 100 Graves To Visit Before You Die by Ann Treneman
The Lost Journal of Bram Stoker by Elizabeth Miller & Dacre Stoker
Weirwolf: My Story by David Weir
The Shark That Walks On Land by Michael Bright

This blog is taken from a newsletter which is sent weekly to over 700 booksellers as well as publishers and publicists. If you would like to order any of the titles mentioned, then please click here to go to the Compass New Titles Website or talk to your Compass Sales representative.
Posted by Compass Rose at Saturday, October 31, 2015