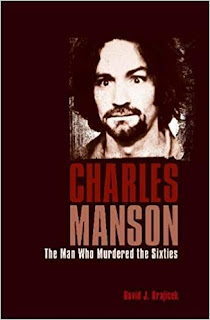 So, so much buzz from Cannes about the new Tarantino film Once Upon a Time in Hollywood; you can see a trailer here. OMG it looks extraordinary, and stars Leonardo DiCaprio, Brad Pitt, Margot Robbie, Kurt Russell and Al Pacino! Set in the film industry during the final years of Hollywood's Golden Age in 1969 Los Angeles, it is the usual Tarantino mix of provocative, dazzling, bloody and shocking; unsurprising when you realise that much of the plot involves Sharon Tate, Roman Polanski and Charles Manson. It’s out in the UK on 14 August and there is going to be an absolute avalanche of publicity (the Guardian has already given it five stars). So this is a good opportunity for some 1969 Hollywood themed windows/tables/displays in your bookshops, and Charles Manson: The Man Who Murdered the Sixties (pb, £9.99, 978 1789501834) by Professor, David J Krajicek which is published on 15 August is absolutely perfect! Posing as a musician-come-guru-come-Christ-figure, Manson built a commune cult of hippies, consisting mainly of troubled young women. But what made this group set out on the four-week killing spree that claimed seven lives? Set against events of the time, this book includes breakdowns of each murder, including diary accounts, interviews and legal testimonies from the killers themselves, an account of the events in Manson's own words, an insight into Manson's psychology and in-depth profiles of his followers. The Tarantino film’s ending is a closely guarded secret, but it’s bizarre, brutal and bloody and the Manson story is likely to be endlessly debated over the coming months. It’s published by Arcturus. 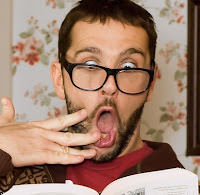 Talking of shocking stories; here's a very interesting piece in the Guardian on shocking books. Would American Psycho be published today? Do disturbing novels reflect an extreme reality or are they just titillation? Plenty to ponder! 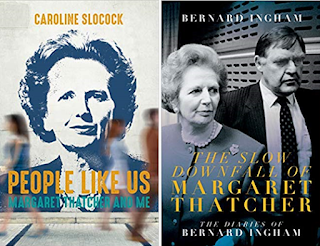 Thatcher: A Very British Revolution is a five-part BBC Two documentary now screening on Monday evenings. You can see the episodes so far here. Two Biteback authors have been interviewed for it; Caroline Slocock author of People Like Us: Margaret Thatcher and Me (pb, £9.99, 978 1785904608) and Bernard Ingham whose diaries The Slow Downfall of Margaret Thatcher (hb, £20, 978 1785904783) are published on 11 June. Caroline has been much in demand by the media including Women’s Hour, Channel 4 and Sky News and Newsnight since Theresa May’s resignation last week. Her contributions have been knowledgeable, insightful and refreshing from someone now outside the Westminster bubble. Bernard will be interviewed on BBC R4’s Today programme on 10 June and will feature on the BBC R4 Today podcast. He will also be interviewed in the Fame & Fortune feature in the Sunday Times, for the Sunday Telegraph and on BBC Radio 5 Live for the Emma Barnett show. 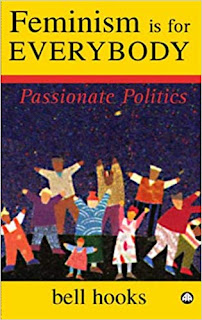 I think Dominic Raab urgently needs to get himself a copy of Bell Hooks’ Feminism is for Everybody (£18.99, pb, 978-0745317335 ) after this dismal performance! Published by Pluto in their Passionate Politics series, this is a short, accessible introduction to feminist theory by one of its liveliest and most influential practitioners which provides both a primer to the question “what is feminism?” and an argument for the enduring importance of the movement today. The books was included in Grazia recently on their essential feminist reading list which you can see here.

Some exciting news announced this week by Comma in collaboration with Hay Festival. A selection of women writers, artists and scientists are taking part in a new global project reimagining the future of Europe. Their short stories and essays will be shared through an anthology, Europa28: Visions for the Future which will be published in March 2020. These twenty-eight women, one from each European country, represent a multi-disciplinary snapshot of the best minds of our time, including novelist Leïla Slimani, entrepreneur Hilary Cottam, activist Janne Teller, anthropologist Gloria Wekker and actress Lisa Dwan. You can find out more here. 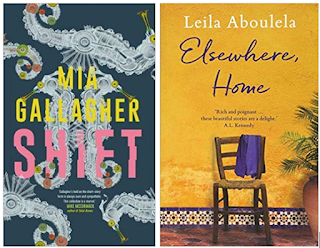 The twelve strong longlist for the Edge Hill University Short Story Prize, (the only UK based award to recognise excellence in a single authored short story collection) was announced this week and hurrah, two Compass titles are on it! You see the full longlist, and find out more about the prize here. The magnificent Mia Gallagher is back with Shift (£9.99, pb, 978 1848406698) a captivating new short story collection published by New Island that explores the dark side of the feminine psyche. Told in diverse voices and from multiple points of view, each story packs an emotional punch. Mia Gallagher lives in Dublin and her debut novel, HellFire, received the Irish Tatler Women of the Year Literature Award while her second novel, Beautiful Pictures of the Lost Homeland (£9.99, pb, 978 184805066) has been acclaimed as one of the most important Irish novels published in the last decade. Elsewhere, Home by Leila Aboulela (£8.99, pb, 978 1846592119) won the 2018 Saltire Fiction Society Book of the Year and was acclaimed by the Observer as “a beautiful and desolate collection ... quiet brilliance”. Its published by Telegram. The prize is awarded in October – good luck to Mia and Leila! 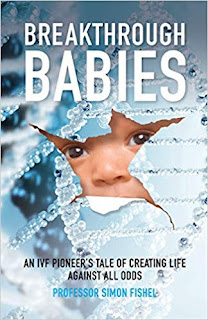 IVF is now mainstream medicine – an established procedure that has provided the means of realising the dream of parenthood for millions worldwide. But 40 years ago, plenty viewed the method of fertilising an egg with sperm in a laboratory with the deepest suspicion. There’s a great interview with Professor Simon Fishel in the Star here talking about his brilliant new book, Breakthrough Babies (pb, £14.99, 978-1788600736) which has just been published by Practical Inspiration. The Yorkshire Post also ran a feature on it in Monday’s issue, you can see that here. 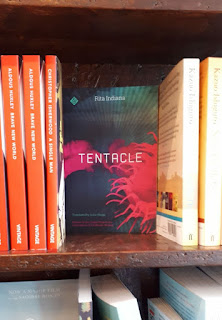 Here's a great blog post on the fabulous Tentacle (£8.99, pb, 978 1911508342) by Rita Indiana; and you see it pictured here looking very swanky in the newly opened Margate Bookshop! It begins “Now translated into English by Achy Obejas and published by the wonderful And Other Stories, both the cover and the blurb were enticing enough to catch my eye. Well then, what about the content within the pages? It was excellent. Here’s why…” 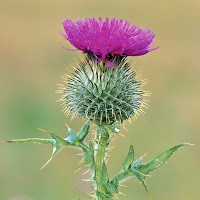 A really interesting article here in the Scotsman entitled “Against all odds: The rebirth of Scottish publishing.” Of course, there is plenty of mention of the great publishing done by our pals at Birlinn and 404Ink and it concludes that “there seems to be a renewed buzz around books” which is a message we can all heartily agree with!

And talking of 404Ink, there will be a new edition of the flash fiction favourite The Goldblum Variations coming in October from them to coincide with the indie publisher's first international rights deal which sees Penguin publishing it in the US this autumn. The collection follows the adventures of Jeff Goldblum and alternate versions of himself as he travels the universe, in a mighty celebration of weird and wonderful Goldbluminess and it will be released with brand new content. Heather McDaid from 404 Ink said “It’s a bitesize but incredibly fun book, and we’re thrilled that Penguin will be helping bring the gift of Goldblum to many more people.” You can read more about it in the Bookseller here. 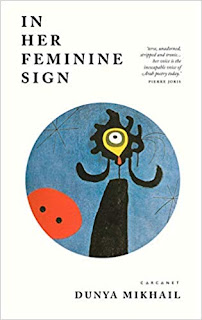 I’m really pleased to share the news that Carcanet’s In Her Feminine Sign (£12.99, pb 978 1784108533) by Dunya Mikhail has been chosen by the Poetry Book Society as their Wild Card in the Autumn 2019 Selections! This brilliant poetic exploration of language and gender, place and time, through the mirror of exile is Dunya’s fourth collection to be published in English and is out in August. Congratulations, Dunya! And well done to all the poets and publishers who made the list; you can see the full list of selections at the Poetry Book Society's website here.

Here's a very sad story from the Guardian entitled “Amazon blamed as iconic bookshops announce closure” with the news that award-winning indie Wenlock Books in Shropshire and Camden Lock Books in London are set to shut forever. I so applaud The Wigtown Bookshop’s tweet in response to this news; who said: “One day, hopefully the headline will read Iconic bookshops blamed as Amazon announces closure”. 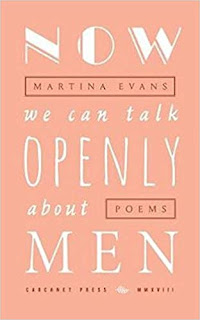 Now We Can Talk Openly About Men by Martina Evans (pb, £9.99, 978 1784105785) has been shortlisted for yet another poetry prize – it was selected as a 2018 TLS and Irish Times Book of the Year, shortlisted for the Poetry Now Award and the Piggot Poetry Prize, and has now been shortlisted for the Roehampton Poetry Prize 2019! The prize is given for the best poetry collection of the year written by a poet of any nationality who is currently living in the UK. Now We Can Talk Openly About Men is a book of vivid contrasts: age and youth, women and men, the Irish and the English. 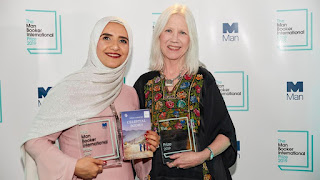 Congrats to Celestial Bodies, written by Jokha Alharthi, translated by Marilyn Booth from Arabic and published by Sandstone Press, which won the Man Booker International Prize. You may not be aware that three other titles from Marilyn Booth are published by Edinburgh University Press, and you can find them on their website here. 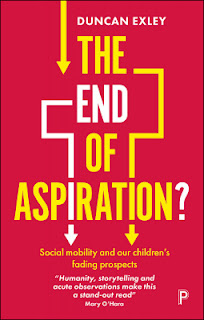 Why is it getting harder to secure a job that matches our qualifications, buy a home of our own and achieve financial stability? Underprivileged people have always faced barriers, but people from middle-income families are increasingly more likely to slide down the social scale than climb up. There’s just been a terrific review for the new Policy Press title, The End of Aspiration? Social Mobility and Our Children’s Fading Prospects (£12.99, 978 14473483200, pb) by Duncan Exley saying “exhaustive research and empathetic human narrative creates a devastating picture of how wealth and privilege all too often shape experience and opportunity. A book that should not only be read, but urgently acted upon." 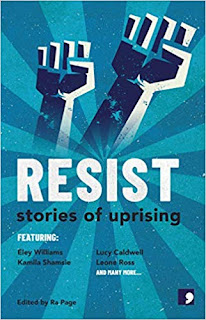 Great to see an excerpt from the forthcoming Resist anthology from Comma featured in the Times Literary Supplement, Eley William's reimagining of the Rebecca Riots (1839-44) is here. Resist: Stories of Uprising (£14.99, pb, 978 1912697076) is out in July, and builds on the success of their previous anthology, Protest. From the anti-gun rallies in the US, to the demos in Palestine, people are taking to the streets around the globe and standing up to governments that have fallen out of step with the popular mood. As Britain teeters over the brink of Brexit, it has never been more important to re-engage with its own long history of popular resistance and this anthology challenges 20 acclaimed authors to get under the skin of key moments of British protest, working closely with historians, crowd scientists, and activists. 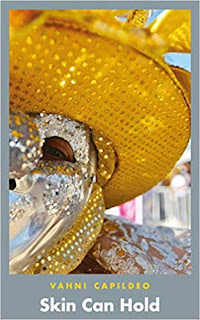 This evening sees the launch at the Writers Centre in Norwich of Vahni Capildeo's third Carcanet collection, Skin Can Hold (pb, £9.99, 978 1784107314). The collection marks an adventurous departure for a pen-and-paper poet and these texts are the fruit of collaborative experiments in theatre, dance and other performance, drawing on burlesque and mime as well as Capildeo’s fascination with Caribbean masquerade. The evening also includes the UEA MA Poetry Showcase, with readings and performances, discussion and drinks. Sounds terrific! 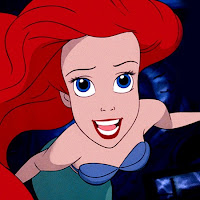 And finally, for some Friday fun, I found this very funny – some of the most uncomfortably suggestive moments and characters in favourite childhood films. From the Little Mermaid, to Princesses Leia and Jasmine – these are moments in U rated films that are maybe just a little too tantalizing!

That’s all folks, more next week!