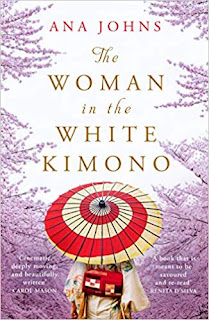 I’m excited to tell you that The Woman in the White Kimono by Ana Johns has been chosen as a BBC Radio 2 Book Club pick and will be featured on the Jo Whiley Show on 19 August. There will also be a review in the August edition of Cosmopolitan and a confirmed feature in You magazine plus there is a major book blog tour for this title. This is a powerful and heartbreaking literary novel set against the backdrop of post-World War II Japan. Inspired by true stories, The Woman in the White Kimono begins in Japan in 1957. and illuminates a searing portrait of one woman torn between her culture and her heart. It then moves to present day America, and another woman on a journey to discover the secret that has rippled across generations and a cultural divide. The Toronto Star said it “weaves together past and present in wonderful ways … richly-researched, moving and cinematic in feel.” It’s published on 15 July by Legend. 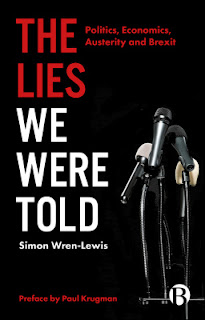 Simon Wren-Lewis believes the last decade in the UK has been shaped by three big lies in which the mainstream media were complicit. The first was austerity, the second was the 2015 election; where the slowest recovery for centuries and falling wages were sold as a strong economy; and the third was Brexit. He explores this in The Lies We were Told (pb, £14.99, 978 1529202137) which has been was a bestseller for Policy Press. Professor Wren-Lewis explored the phenomena behind these lies recently in a special public lecture with around 300 attendees and if you weren’t one of them, then you can watch the lecture online here. And if you think this important and relevant title would do well in your shop, but would like to read it first – well, good news, you can! Policy Press have sixteen proof copies to give away and if you email georgie.aldridge@bristol.ac.uk with your name and bookshop address and The Lies We Were Told in the subject line, then she will send you one! 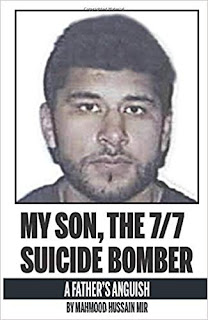 “On Thursday July 7th 2005, four bombs were detonated in London killing 52 people and injuring a further 700. It was the first successful suicide bomb attack on British soil
and the biggest terrorist atrocity since the 1988 Lockerbie bomb. The four suicide bombers were named as Mohammed Sidique Khan, Shehzad Tanweer, Germaine Lindsay and Hasib Hussain, 18, from Leeds. Hasib Hussain was my son.” My Son The 7/7 Suicide Bomber: A Father’s Anguish (£9.95, pb, 978 1909360679) by Mahmood Hussain is published by Empire/Gazelle on 8 July. All proceeds are being donated to Victim Support. Mahmood Hussain was a hardworking Pakistani immigrant who had lived and worked in Leeds for almost thirty years by the time of the bombing. He was as astonished as anyone else that his son had was one of the bombers and reveals that it was his amateur detective work that helped the police to track down the terror cell of which his son had been a part. Here he tells the story of Hasib's upbringing and the facts behind many misreported aspects of his brief life. He has written the book “with a strong belief in peace, justice and caring for humanity”. There has been plenty of press coverage for this one with articles in the Sun, the Metro, the Daily Mail and the Star. And of course, there will be more coverage next week on the anniversary of the bombing. 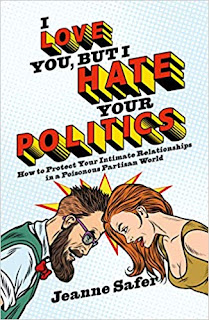 We've all been there. The happy family dinner that suddenly turns into a full-fledged argument, the difficulty of discussing politics on a first date. Today's divisive climate and the seemingly never-ending circus of Brexit has made discussion of current events uncomfortable and increasingly angry. So, how exactly do we find ways to reach across the aisle to those whose views we find unpalatable? I Love You, But I Hate Your Politics (pb, £8.99, 978 1785905049) by psychotherapist and lifetime liberal Jeanne Safer is part relationship guide, part anthropological study. Above all it is a helpful and entertaining how-to for anyone who has felt they are walking on eggshells in these increasingly uncertain times! It’s published next week by Biteback and if you’d like to bag yourself a reading copy before you place a (large) order for your bookshop, then please email ashley.biles@bitebackpublishing.com. Give him your name and the name of your bookshop, put I Love You in the subject Line and the first two booksellers to email will get one! On Monday 29th of July at 9pm, BBC 2 will broadcast a documentary called Breaking into the Elite, featuring the authors of The Class Ceiling: Why it Pays to Be Privileged (978 1447336068, £19.99, hb) Sam Friedman and Daniel Laurison as part of a season on class. Friedman and Laurison show that a powerful ‘class pay gap’ exists in Britain’s elite occupations, and that even when those from working-class backgrounds make it into prestigious jobs, they earn less than colleagues from privileged backgrounds. This ambitious and important title has already had quite a bit of publicity, you can see articles in the Guardian here and here, in the Times,  the Mail and the National. And if you want to be part of the solution rather than part of the problem, then have a look at Ten Ways to Break the Class Ceiling on the Policy Press blog here! 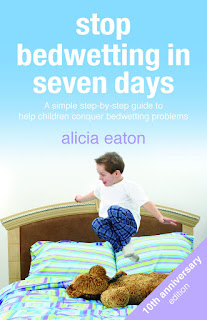 Alicia Eaton’s Stop Bedwetting in Seven Days: 10th Anniversary Edition (pb, £12.99, 978 1788601115) is published on 15 August This best-selling book is an easy-to-read guide for parents, using the latest thinking from the fields of positive psychology, NLP and hypnotherapy to help children overcome bedwetting more easily – there’s a six week publicity campaign coming on its launch date and if you’d like to see a copy then Practical Inspiration have some to give away! The first three booksellers to email Judith@practicalinspirationpublishing.com with their name and bookshop address and Stop Bedwetting in the subject line will get one! 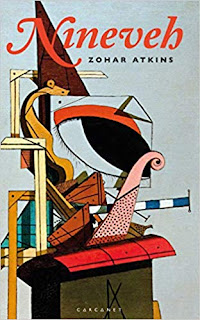 A poem from Zohar Atkins’ Nineveh (pb, £9.99, 978 1784107390) was the Guardian Poem of the Week and you can read it here. Carol Rumens wrote “The poems in Nineveh take ancient clay and sculpt vigorously innovative shapes: how very refreshing to plunge into a collection which re-thinks historical Jewish religion and culture with such subversive, witty originality. 'Revelatory' is not too strong a word.” It has just been published by Carcanet. 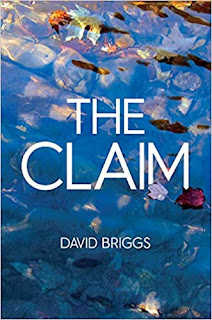 The Claim by David Briggs (978 1910453735, £9.99, pb) is a moving and accomplished new novel full of lust and intrigue set in the world of gold panning in remote and beautiful rural New Zealand. Longlisted for the NZ Michael Gifkins Prize, Briggs is an emerging new and unique literary voice and this is a stunning book about love, loss and companionship that will shimmer under the surface of your thoughts for months to come. It’s published by Red Door on 11 July, and to publicise it they have five copies to give away to the first booksellers who email their name and bookshop address with I Claim The Claim in the subject line to anna@reddoorpublishing.com. 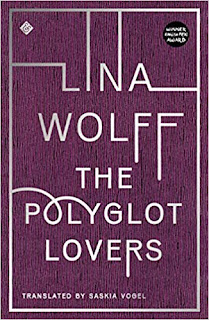 There have been some fab reviews for Lina Wolff’s The Polyglot Lovers (£10, pb, 978 1911508441). The Guardian Review called it “A highly enjoyable absurdist comedy about love and desperation,” the Spectator, coined the phrase “Feminism for the Fleabag generation” and went on to say “The Polyglot Lovers' blithe disregard for social norms and finer feelings is exhilarating; it’s pitiless and scathingly funny” and the TLS commented “The Polyglot Lovers is a quiet rapture unsparing, startling, mesmeric, and told with the soberest of grins.” And this week there was a great piece in the Financial Times’ Summer Books round-up saying "The Swedish author of Bret Easton Ellis and Other Dogs enjoys nothing more than savaging the myths of male authorship. Here she lays into notions of male genius, as her protagonist, Ellinor, finds herself entangled with a literary critic who is fixated on a narcissistic author who is in turn obsessed with real-life enfant terrible of French letters, Michel Houellebecq." You can see the whole piece here. 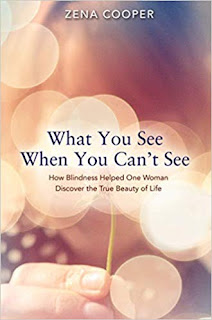 Zena Cooper was born with Marfan Syndrome, a connective tissue disorder which affects the heart, eyes, and bodily systems. It meant she is nearly completely blind, yet she kept this condition hidden from the world for four decades, until she met Munch. A guide dog with a huge personality, Munch made Zena's invisible disability suddenly plain for all the world to see. This book shares the story of Zena's journey with Munch, who helped find the strength to find her place in the world and see the wonder in living a different kind of life. What You See When You Can't See: How Blindness Helped One Woman Discover the True Beauty of Life (978 1788173193, £10.99, pb) is coming on 24 September from Hay House and they have ten reading copies of this inspiring story to give away. If you would like one then please email rachaelhegarty@hayhouse.co.uk with your name, the name of your bookshop and What You See in the subject line. 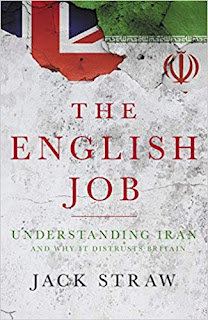 Jack Straw (who was Foreign Secretary for five years) was on the Today programme last Monday talking about the developing US/Iran crises. His book, The English Job: Understanding Iran and Why It Distrusts Britain (978 1785903991, hb, £20) could not be more relevant in these turbulent times and is published on 11 July by Biteback. This book seeks to illuminate Britain's difficult relationship with Iran, and in doing so provide a better understanding of this extraordinary country. William Hague wrote “For decades, British Foreign Secretaries have wrestled with the great challenges of dealing successfully with Iranian leaders. Jack Straw has gone beyond that to develop the rich understanding of the country's culture, psychology and history revealed in this book.” 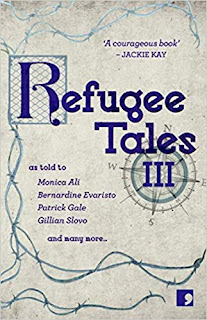 Jonathan Wittenberg’s short story from the excellent Refugee Tales III (£9.99, pb, 978 1912697113) which is published by Comma next week was in the Guardian this week, you can read that here. You can see Alex Preston's piece in the Observer last weekend mentioning Refugee Tales III here.

Congrats to Polygon who have three titles nominated for the McIlvanney Prize this year. This is Bloody Scotland’s annual prize which provides Scottish crime writing with recognition and aims to raise the profile and prestige of the genre as a whole. On the shortlist for Best Debut is Black Camp 21 (£8.99, pb, 978 1846974601) which Lee Child called “excellent...highly recommended" and two titles are longlisted for the Scottish Crime Book of the Year: A Breath on Dying Embers (£8.99, pb, 978 1846974755) and Thunder Bay (£8.99, pb, 978 1846974731). The winners are announced in September – and you can find out more about the prize here.

Who wishes they were going to be at Glastonbury this weekend listening to the Killers in the sunshine? Me, me, me. Have fun, any of you lucky booksellers that are there right now! And for the rest of us, who can ace this Mr Brightside lyrics quiz?

That’s all folks, more next week!