Compass Points
Your weekly round up of publishing news, publicity information and trivia! 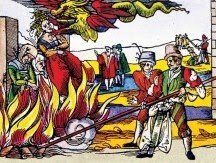 What two topics are guaranteed to sell books? Ummm... sex? and punishment? And the book that combines both of these has just been published!  Sex and Punishment by Eric Berkowitz is getting a huge amount of publicity - the lead Sunday Times review on 3 June and another in the Mail on Sunday in a fortnight. Make sure you have plenty of stock - it's set to be one of the most talked about books this summer. "I don't think I've ever read such an entertaining historical work. Where you want to fuel your imagination, or simply furnish yourself with enough jaw-dropping data to galvanise a hundred party conversations, you really must shell out for this book. It's worth every penny." The Guardian
http://www.compassdsanewtitles.co.uk/book/sex-and-punishment/2259

Tales from the Mall by Ewan Morrison continues to get rave reviews. If you haven't read it yet you really should - the author spent three years researching shopping malls - and has come up with an extraordinary read that mixes short stories, offbeat historical essays and graphics to reveal the dark side of the mall - the unseen workers - the psychology that drives and builds malls and the sex, scandal and politics that the mall has created! Blimey! This week The Guardian said “Ewan Morrison captures beautifully the point at which anecdote becomes urban myth and reportage slides into fiction. This feels like a really important step towards the fiction of the 21st century."
http://www.compassdsanewtitles.co.uk/search?term=tales%20from%20the%20mall
Hate to be interrupted when you're reading a book?  Check out the Julian Smith rap on YouTube if you aren't one of the five million viewers who have seen it already - and feel like you're in touch with teenage culture!
I'm Reading a Book!

Stop Press! On Wednesday this week How to Make Bread by Emmanual Hadjiandreou won the Jeremy Round Award for Best First Book! These awards are the culinary equivalent of the BAFTAs and showcase the very best of the industry!
http://www.compassdsanewtitles.co.uk/book/award-winning---how-to-make-bread/1076
There is going  to be an enormous amount of publicity for Peter Hennessey's Distilling the Frenzy . In this major work Britain's leading contemporary historian revisits and expounds on the grand themes that have run throughout 20th and 21st century Britain. BBC Radio 4’s Today Programme will be interviewing Peter, and the following press will be running interviews or reviews: The New Statesman , The Standard, Sunday Times, Daily Express, Daily Mail , Economist, The Oldie, The Spectator and The Literary Review.
http://www.compassdsanewtitles.co.uk/book/distilling-the-frenzy/2021

Want to read a detective book that's just a bit different? How about Harry Lipkin, P.I. The World's Oldest Detective by renowned Private Eye writer, Barry Fantoni! Ian Hislop called this book "wisecracking and wise, humorous and humane." It's generating a lot of interest - and if you would like a proof copy to read then please email vikkir@birlinn.co.uk or call 0131 655 1519.
http://www.compassdsanewtitles.co.uk/book/harry-lipkin-pi/2128


How many books in the UK have sold more than a million copies? We're all thinking of the Harry Potters and the Dan Browns - but there must be loads more right? Well no actually - an article in The Telegraph last week surprisingly revealed in fact only 68 books have sold  that many . The article also went on to tell us that the median average annual income for an author in Britain today is just £4,000!! Maybe booksellers aren't so badly off after all...
http://www.telegraph.co.uk/culture/bcooks/bookreviews/9272388/The-Millionaire-Authors-Club.html

All of the titles mentioned here are available to order from the Compass New Titles website. www.compassdsanewtitles.co.uk