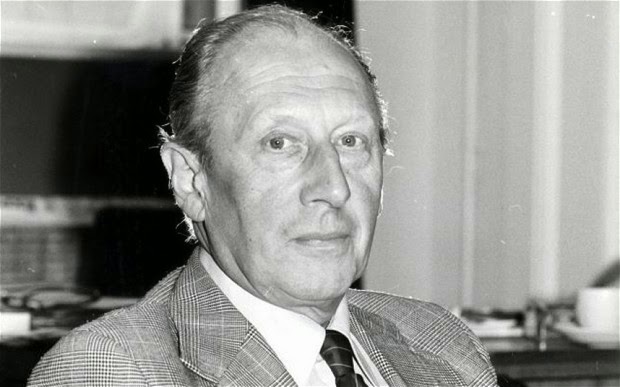 There has been lots and lots in the news recently about the death of investigative journalist Harry Chapman Pincher who died aged 100, having suffering a mini-stroke seven weeks previously. Virtually all of the obituaries mentioned two of his books – both of which are published by Biteback. Firstly his most famous: Their Trade is Treachery which was originally published in 1981 and will be published in a new edition in November (pb, £9.99, 978 1849547833). This book sensationally revealed details about investigations into Sir Roger Hollis, head of MI5, who was suspected of being a Soviet spy. He ruffled many feathers in British politics, with Prime Minister Harold Macmillan famously writing a memo saying: “Can nothing be done to suppress or get rid of Mr Chapman Pincher?” and the book forced Margaret Thatcher to reveal from the despatch box that Hollis had twice been subjected to official investigations.

His most recent book was published this February; Chapman Pincher: Dangerous to Know: A Life (978 1849546515, hb, £20). As the Spectator said; “his tales of espionage and betrayal in this enthralling memoir belong to a world that younger readers might struggle to believe existed.” 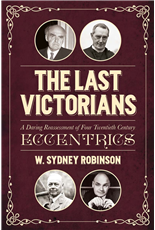 Some excellent reviews recently for The Last Victorians: A Daring Reassessment of Four Twentieth Century Eccentrics by W Sydney Robinson (hb, £20, 978 1849547161) which has just been published by Robson Press. The Sunday Telegraph supplement Seven said “This collection of sprightly essays is a cracking good read” while the Saturday Times enthused “Robinson has written pen portraits of Victorian hangovers … this eccentric history rattles along.”.
You can order The Last Victorians and find out more here. 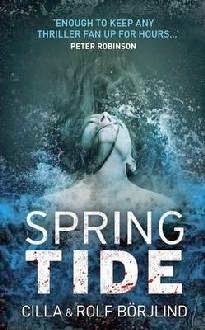 There is some fantastic publicity for Spring Tide lined up at the Edinburgh Festival this week. Authors Cilla and Rolf Borjlind have made two appearances: firstly on Sunday 17th August there was a panel event on the topic of Adaptations of Novels, Language and Nations; you can find out more about that here. And secondly on Monday 18th August there is a Crime Fiction event with fellow crime writer Gordon Ferris; more information about that one is here. Alongside these events Cilla and Rolf will be interviewed live on BBC Radio Scotland’s Culture Show with Janice Forsyth. They will be discussing Spring Tide and their screenwriting career in general. And on the BBC Radio 5 Live Richard Bacon Show there will be an interview with Gordon Ferris and Alexander McCall Smith discussing their books. All fantastic exposure for Spring Tide – and just so you know, the next book from Cilla and Rolf Borjlind: Third Voice is coming from Hesperus in March 2015. 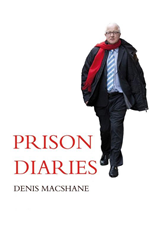 On 18 November 2013 former Labour MP and Minister for Denis MacShane pleaded guilty to false accounting at the Old Bailey, and on 23 December he was jailed for six months. He was the latest MP to be given a stern sentence to serve as example in the post expenses scandal climate. Arriving at Belmarsh on Christmas Eve, all his books and writing materials were confiscated and he was locked away in a solitary cell for up to 23 hours a day. With hours of nothing to fill and without books to read, he begged or borrowed paper and pens to while away the time writing. He began taking notes on what he heard and saw around him and recording the lives of prisoners serving longer sentences. In Belmarsh and, later, Brixton he experienced warmth, friendship, and solidarity from fellow prisoners and discovered a sense of right and wrong and a willingness to admit mistakes that he had never noticed in the Tea Room of the House of Commons. Prison Diaries is a compelling account of those experiences. It is an extraordinary account of prison life from one of the most high profile casualties of the expenses scandal, and delivers a damning report on the state of ’s failing prisons. The diaries have been serialised in the Mail on Sunday this week – and you can read that extract here. There have also been interviews with Denis MacShane which you can watch on Channel 4 News and on ITV’s Good Morning Britain. The question of what sort of prison various types of criminals should be in is currently very much in the news, and this candid account of life behind bars is essential reading for all those interested in prison policy. Prison Diaries by Denis MacShane has just been published by Biteback (978 1849547628, hb, £20) and you can order Prison Diaries here.

I wonder if Denis MacShane had to go through a medical when he arrived at Belmarsh? And was it anything like this moment from Porridge do we think? 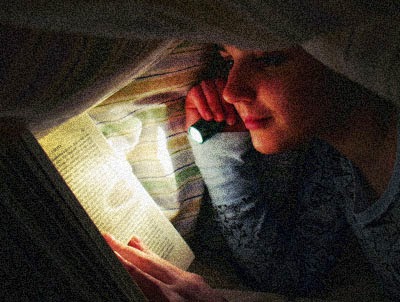 How far would you go to read your favourite book? I think we all have childhood memories of hiding under the bedcovers with a torch, pretending to be asleep so we can finish that all enthralling last chapter. Maybe even now you are pretending to do some stock checking in the back room, while fanatically zipping through the final pages of The Fault in Our Stars. Have a look here at what these authors are prepared to do to keep reading... 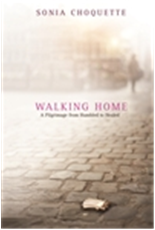 Life was falling apart. Within the space of three years, Sonia Choquette had suffered the unexpected death of two close family members, seen her marriage implode and been let down by trusted colleagues. In order to regain her spiritual footing, Sonia turned to the age-old practice of pilgrimage and set out to walk the legendary Camino de Santiago, an 820-kilometre trek over the Pyrenees and across northern . Sonia shares the intimate details of her gruelling experience, as well as the unexpected moments of grace, humour, beauty and companionship that supported her through her darkest hours. While her journey is unique, the lessons she learned - about honouring your relationships with others as well as with your own higher self, and forgiving all else - are universal. Walking Home: A Pilgrimage from Humbled to Healed by Sonia Choquette is a powerful and intimate portrait from one of the great spiritual voices of our time. Well, personally I hadn’t even heard of her – but according to the blurb, Sonia offers her personal life in a relatable, humorous memoir that will appeal to fans of the down-to-earth spirituality of Eat, Pray, Love; and most importantly the book will be excerpted in the Mail on Sunday’s You Magazine on 5th October which has a whopping circulation of around 4 million readers. The extracts will also feature on the Mail Online which has over 172 million unique monthly browsers!  The book and author will also be featured in the October issue of Soul & Spirit (circ. 50,000), Spirit & Destiny (circ. 41,000) and the September issue of Kindred Spirit (circ. 150,000) and Sonia will be interviewed in Psychologies magazine (circ. 73,000). Walking Home by Sonia Choquette (pb, £10.99, 9781781804148) is published by Hay House in September and you can order it here. 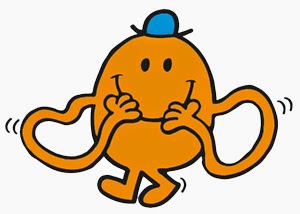 And if that all sounds a bit too heavy for a Monday, then have you ever wondered which Mr Men character you are? I don’t seem to recall a Mr Deeply Spiritual – but then again my memory isn’t what it used to be. Take this quiz to find out whether you are your bookshop’s dour Mr Grumpy or a ray of Little Miss Sunshine! 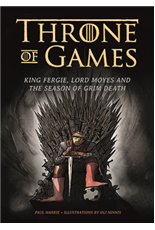 As yet another season begins, how many people do you know that are completely obsessed with football? And as yet another season ends – how many people do you know that are completely obsessed with Game of Thrones? Put those two groups together and you must have literally gazillions of hoards of avid (or should that be rabid) fans. So what they clearly need is Throne of Games by Paul Harrie with illustrations by Oliver Ninnis. This is a mix of literary pastiche and 50 side-splitting, high quality cartoons and illustrations which draws on the popularity of two huge, global entertainment brands. It is by award-winning satirical writer Rodge Glass writing as Paul Harrie and is from the publishers of 101 Uses of a Dead Kindle and If Dogs Could Swear. It begins when summer is at an end in the 20 kingdoms and Sir Fergie, King of the House Manc, originally from a terrible northern land beyond the Wall and famous for his devastating use of his favourite torture weapon, the Hairdryer, is finally ailing. He must seek a successor before he dies. He has ruled House Manc for longer than anyone can remember, as far back as the mythical time known as ‘the 80s’, before even Sky Sports was invented. Step forward trusty lieutenant, Lord Moyes of Evertonia, anointed by Sir Fergie as the ‘Chosen One’. This enrages southern usurper, Mourinho, the self-styled ‘Special One’, who howls from dawn till dusk, vowing eternal revenge, although he later denies this in the media. Will Lord Moyes manage to retain unity amongst the feared but somewhat over-the-hill Knights of Manc? Can he master the black arts Sir Fergie was so proficient in, known to the initiated as ‘mind games’? Will he survive the Throne of Games or will he, like many others before him, lose his head? Throne of Games (hb, £9.99 978 1908754875) is published by Freight in October, and I am confident that this Christmas it will prove to be the  perfect gift for football fans and box set aficionados alike. You can find out more and order it here. The Radio Times Guide to Films is without doubt the ’s number one guide to films. Last year’s edition; The Radio Times Guide to Films 2014; sold nearly 12k copies, making it the leading movie money maker. This year’s edition The Radio Times Guide to Films 2015 (pb, £25, 978 0992936402) is published in September and features in-depth listings for more than 23,000 film reviews and 500 new entries from the latest cinema, DVD and TV releases. Of course it also contains the Radio Times five star rating and review of each movie entry by their team of film experts; plus the cast, character, writer and director credits, family viewing advice and BBFC classification, as well as DVD and Blu-ray availability for every film. As always, there will be a very strong promotional campaign for the title running right through the autumn, with significant PR fronted by Radio Times film editor Andrew Collins and weekly promotional feature and coverage in Radio Times - which has a whopping circulation of over 893k and a readership of 2.3million. Make sure you’ve ordered your copies – which you can do here! 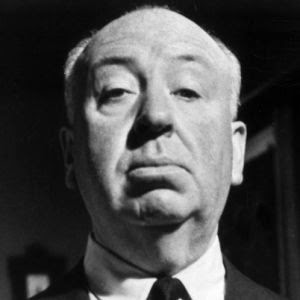 One of the most famous film directors of all time is of course Alfred Hitchcock – also well known for enjoying a cameo role in his own films. Here’s a really fun video montage of every single performance by the great man – right through from 1927 to 1976! All in just over five minutes! Brilliant!

That’s all for now folks! I’m afraid Compass Points is now off on yet another holiday (who says publishing doesn’t pay well!) Back in September!

This newsletter is sent weekly to over 700 booksellers as well as publishers and publicists. If you would like to order any of the titles mentioned, then please click here to go to the Compass New Titles Website or talk to your Compass Sales representative.
Posted by Compass Rose at Monday, August 18, 2014 No comments: