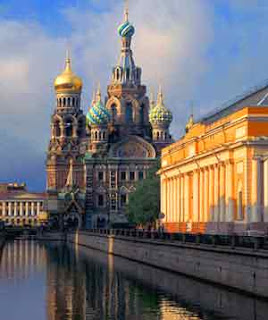 Where would you like to go today? ? , ? ? ? ? ? ? But before you go, you’ll need someone really knowledgeable and entertaining to tell you all about it. Forget those students and amateurs at Lonely Planet, or Time Out – how about having Scott Fitzgerald giving you the lowdown on ? Or Anna Pavlova telling you about her schooldays in ? Or David Bowie cycling through ? Or Ian McEwan sitting in a city bar, and telling you what he overhears? City Picks is the eclectic and original travel writing series which Kate Mosse describes as “brilliant ... the best way to get under the skin of a city. The perfect read for travellers and book lovers of all ages.” The Financial Times said they contain “a wealth of atmospheric literary snippets that evoke …prismatic and engrossing.”  The most recent title (published in October) was on , and there is going to be a big piece coming up on it in the Daily Telegraph in a special supplement in December. The publishers have a great website which gives you a good flavour of every book at OxygenBooks.co.uk And Oxygen Books also have a one hour performance event based on the titles in the series called Around the World in 80 Books which they’ve successfully put on at various book festivals and big libraries.  It takes a whirlwind tour round world writing based around the books in the City Picks series with a built-in competition and reading list. If you are interested then contact the publisher at malcolm.burgess3@btopenworld.com And you can order City Pick: St Petersburg here. 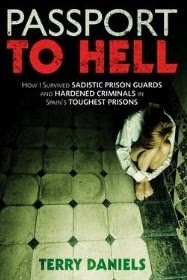 OK, now imagine yourself sitting not in some faraway city quaffing absinthe in a bar; but in a Spanish prison – for ten years. In 1997, English holidaymaker Terry Daniels found herself unwittingly in the middle of a drug bust involving thousands of pounds’ worth of cocaine being smuggled from to by her companion. After eventually being cleared of any charges she returned home assuming the nightmare was over – but her troubles had just begun. Five years after her ordeal, Terry awoke one morning to the anti terrorist police breaking down her door. She was arrested and soon after found herself being extradited to to be tried abroad. Terry was sentenced to ten years in a maximum-security Spanish prison. Passport to Hell is the hard-hitting account of her fight for justice, a page-turning memoir of an ordinary woman who survived and eventually triumphed over remarkable misfortune. During her time inside, Terry Daniels’ story was featured in The Mirror, The Sun, the Daily Mail and the Daily Telegraph and appeared on every major news programme. There will be extracts and serialisations to promote this book in national newspapers, magazines and websites plus TV and radio appearances by Terry. Her extradition was a landmark case resulting in changes to the law regarding interpretation and translation and access to documents and nowadays she undertakes charity work on behalf of Fair Trials International and Prisoners Abroad; and volunteers with ex-offenders and drug abusers.  Passport to Hell is out in January 2012 and you can order it here. 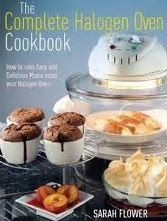 Now, what do you think is the fastest selling bit of kitchen kit at the moment? No, it’s not a juicer. No, it’s not one of those dinky little coffee machines; no, it’s not even a breadmaker. It’s a halogen oven. Sarah Flower has been a great fan of halogen ovens ever since their launch and is the author of several bestselling books on halogen ovens, including The Everyday Halogen Oven. Now comes The Complete Halogen Oven Cookbook - her full colour guide to using a halogen oven.  In this comprehensive and fully illustrated book she shares with you the many tips and tricks she has learned while cooking with virtually all the available halogen oven models.  It includes many of the old family favourites, now with colour photos, plus many new dishes that Sarah has created and personally tested. There are recipes specially designed for one or two people, and many complete meals you can prepare without ever using a conventional hob.  Her website www.everydayhalogen.com gives you all the info you could possibly ever need on halogen ovens, if you’re not familiar with this product; but really all you need to know is: halogen ovens are a growing trend; this author is the bestselling guru on the subject; a full colour book from her is published in January 2013; you can order it here. 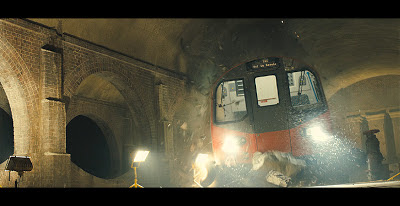 OK who’s seen Skyfall? Isn’t it absolutely fantastic? However, eagle eyed (and pedantic) Londoners might have noticed that the train which narrowly misses Daniel Craig as he dives through an escape hatch on the District Line – is not in fact a District Line train. Thank you so much the Daily Telegraph letters page for pointing out this vital fact. However, if producers Broccoli and Wilson had read Mind the Gap: A London Underground Miscellany by Emily Kearns then they probably wouldn't have made such a rookie error. The iconic Tube has been around for 150 years, and today 150,000 passengers use the Underground every hour. During 2013 there is bound to be huge amounts  of publicity to celebrate the 150th anniversary; and this entertaining book  explores the way the London Underground is used, not only as transport, but as a location for filming, as a cultural marker, a setting for books, a gallery to showcase new artwork and a forum for discussion. The capital’s subterranean railway provides a wealth of untold stories and hidden stations ripe for discovery and this book should sell really well – not just in .
Order Mind the Gap here

We’re off to see the wizard, the wonderful wizard of….But hands up who knows that this iconic film was based on a book originally published in 1900? And who knew that this book was such a huge success (long before the film was even a glimmer in MGM’s eye) that it led to Baum writing a further thirteen books based in the Land of Oz. And you probably don’t know either, that in March 2013 there will be a new film: Oz: The Great and Powerful. Directed by Sam Raimi and featuring James Franco, Michelle Williams, Rachel Weisz (who incidentally is Mrs Daniel Craig – ooh it’s all connected) and Zach Braff. It is a prequel to The Wizard of Oz telling how the Wizard (James Franco) arrived in Oz and became ruler. So what better time for publisher Hesperus to come up with beautiful new editions of the first four titles in the series: The Wonderful Wizard of Oz, The Marvellous Land of Oz, The Emerald City of Oz and Glinda of Oz. The new covers really are stunning – modern, stylish and eye-catching; they give these classic and timeless tales a whole new lease of life with editions which any adult or child would be proud to own.
Click here to see the four Oz titles.

You won’t be surprised to hear that the classic 1939 film is one of my favourites. But which bit is best?  I think the scarecrow’s opening song is a great moment – aka (as many on YouTube have commented) Mitt Romney’s theme tune.

That’s all for now folks, more next week!
Posted by Compass Rose at Friday, November 16, 2012