The Beauty Detox Solution by Kimberly Snyder really is the diet that’s taking Hollywood by storm. “I don’t like to diet, I like to eat right and that’s what Kim’s philosophy is all about. She’s brilliant” says Drew Barrymore; and Owen Wilson reckons that “Kimberly is a real expert. After reading this book there isn’t an excuse not to be healthy.” And it doesn’t get any starrier than an endorsement from Fergie who tells us that “this diet really is so amazing! It gives me so much energy and makes me feel better about myself, and my skin.” Nutritionist and beauty expert Kimberly Snyder helps dozens of A-list celebrities get red-carpet ready – and now this book means that you’re getting the same star treatment. She’s developed a powerful programme that rids the body of toxins so you can look and feel your very best. With just a few simple diet changes, you will get a youthful, radiant glow; get rid of the bloat, melt away fat and never count calories again! There is going to be a ton of publicity for this book – it’s already started with a big three page spread in Health and Fitness magazine – so there will be loads of women out there eager to find out how you can eat your way to radiant skin, renewed energy and the body you’ve always wanted. There will also be a feature in the Sunday Times Style Magazine (circ. 875,434) on 28th April, a feature in YOU Magazine in the Mail on Sunday (circ. 1,697,087) in May, and a major article in the Daily Mail; also at the start of May. If you’d like a bit of that celebrity radiance for yourself then go to Kimberley’s own website www.kimberlysnyder.net or you can click here to order the book and find out more! It’s published in May by Hay House.

Here’s the start of a really heated discussion – or possibly argument – what would you say are the hundred most essential books? A study commissioned to try and encourage people back into libraries has come up with the hundred titles they feel are the really essential reads for today. Researchers trawled literary websites and forums to come with the list of the best loved books in the country. So what does it include? Harry Potters galore – Lord of the Rings natch,  Game of Thrones – good because I’ve got that lined up to read over the holidays – ditto Gone Girl, lots of classics, plenty of children’s books, 50 Shades of Mummy Porn of course – and WTF?!  Being Jordan??! You can see the whole list published here in the Metro newspaper so that you can make your own minds up! We were all very pleased indeed to see The Hundred Year Old Man who Climbed out of the Window and Disappeared by Jonas Jonasson and published by Hesperus is on the essential list! 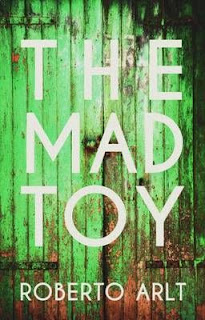 And while we’re on the subject of Hesperus (the publisher who brings you the best translated fiction from all over the world); The Mad Toy is the first novel by one of the greatest writers of Latin American literature; Roberto Arlt.  This is a semi-autobiographical story reflecting the energy and chaos of the early twentieth century in Buenos Aires. The Mad Toy is equal parts pulp fiction, realism, detective story, expressionist drama, and creative memoir. Roberto Arlt is widely considered to be one of the founders of the modern Argentine novel and inspired a generation of writers such as Gabriel García Márquez and Isabel Allende. His poetically animated language keeps this novel fresh and surprising; contrasting sharply with the street-level slang of The Mad Toy’s many colourful characters. Although astronomically famous in South America, Roberto Arlt’s name is still relatively unknown in Anglophone circles, but the rising wave of appreciation of South American literature is bringing him to the fore. Those who have read this short novel in the Compass office have thoroughly enjoyed it – find out more and order it here. 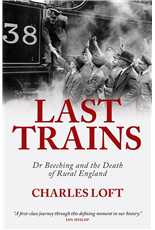 You may well have been aware that this week marks the 50th anniversary of the Beeching report – the findings of one Dr Beeching, who forensically analysed the railways of Britain and expertly delivered an expert’s diagnosis – which was that a third of the nation’s railways must go. This was the point at which the reality of modernisation dawned and rural England fell victim to the road and car – at least that is how Dr Beeching is remembered today. Last Trains: Dr Beeching and the Death of Rural England by Charles Loft has just been published by Biteback – to a great deal of positive publicity. Charles Loft will be appearing on The One Show shortly with Gyles Brandreth for a feature on Beeching and this week he has done many interviews on BBC radio. The book has been featured in the Daily Express, the Financial Times and The Oldie – and of course the various railway magazines for enthusiasts have devoted many column inches to it! This is a really interesting book; Ian Hislop called it “A first-class journey through this defining moment in our history.” Last Trains examines why and how the railway system contracted, exposing the political failures that bankrupted the railways and examining officials’ attempts to understand a transport revolution beyond their control. It is a story of the increasing alienation of bureaucrats from the public they thought they were serving, but also of a nation that thinks it lives in the countryside trying to come to terms with modernity.
Order Last Trains here

And if nostalgia for the age of steam is your things, then do have a look at these lovely pictures of old railways stations which were closed following the Beeching report. 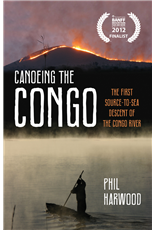 Who watched that Top Gear episode recently where Jeremy Clarkson et al endeavoured, in their usual madcap style, to find the source of the Nile? Boys Own style real life adventure is definitely having a moment at present – and Canoeing the Congo from Summersdale is one such tale. It tells of the first source-to-sea descent of the Congo river by Phil Harwood, a Royal Marine Commando, expedition leader and outdoor instructor. This epic solo journey took him from the river’s true source in the highlands of Zambia through war-torn Central Africa. With no outside help whatsoever, he faced swamps, waterfalls, man-eating crocodiles, hippos, aggressive snakes and spiders’ webs the size of houses. He collapsed from malaria, and was arrested, intimidated and chased. On one stretch, known as ‘The Abattoir’ for its history of cannibalism and reputation for criminal activity, the four brothers he hired as bodyguards were asked by locals, “Why haven’t you cut his throat yet?” But he also received tremendous hospitality from proud and brave people long forgotten by the Western world, especially friendly riverside fishermen who helped wherever they could. This exciting adventure will also appeal as a travel book for real and armchair traveller’ alike, as well as for budding canoeists. It comes complete with hand drawn maps of each section of the river, including the wild and remote uncharted Luvua River. Find out more, and order it here. Phil Harwood’s documentary film of his journey won ‘Best Feature’ at Llanberis Mountain Film and was runner up at Sheﬃeld Adventure Film Festival. You can watch a really inspiring five minute version of it below.

Now this is what I call a really cool ad for a bookshop and indeed books in general. Click below to watch The Joy of Books from Type Books in Canada.

Compass Points hopes that all booksellers all round the UK had a very happy Easter, and that the Easter bunny brought them everything they desired!

This newsletter is sent weekly to over 600 booksellers, publishers and publicists. If you would like to order any of the titles mentioned, then please click here to go to the Compass New Titles Website.

That’s all for now folks, more next week!
Posted by Compass Rose at Friday, April 12, 2013