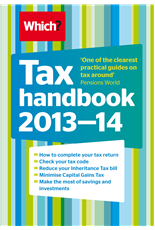 Were you glued to every word of the budget on Tuesday? Are you rushing down to the pub to get your pint for a penny less?  Well, for all of those who need to know what the real implications of George Osborne’s words are; comes the Tax Handbook 2013—14 published by Which. This is essential reading for all taxpayers and has been fully updated with all the 2013 Budget changes. Tax Handbook 2013—14 clearly explains how to complete a tax return and online assessment and how to check a tax code and National Insurance. This essential guide offers a wealth of advice, including how to reduce Inheritance Tax and Capital Gains Tax and also covers making the most of tax-free perks at work, savings and investments. It shows you how you can navigate the current tax system with ease! It is aimed at everyone from the self-employed to those on the highest income and is written by an experienced financial journalist. Tony Levene has been a financial journalist for over three decades. He was recently voted Consumer Champion of the Year and has also received a lifetime achievement award from the Association of British Insurers. This book has been described as “One of the clearest practical guides on tax around” and is published in a few weeks time – order it now.
Order The Tax Handbook here

No, no, no I hear you cry – we really are not very interested in all that financial malarkey, just give us something about the things we really want – like love, sex travel and music for example. Well, what a bit of luck, next month comes a short story collection that gives you exactly that. LoveSexTravelMusik is great short story collection published in April by Freight.  I’m sure many of you were fans of the universally acclaimed novel, Bring Me the Head of Ryan Giggs – well this is a themed, contemporary story collection from its author; Somerset Maugham Award-winner, Rodge Glass. With insight and pathos, he examines men and women of all ages who, through the advent of discount air travel, play out their lives and loves across the globe. A lads’ weekend in spirals out of control. A bleeding tourist is rescued by a stranger in downtown . A middle-aged woman holidaying in considers the local options for love. An unemployed man shares his fantasies of a sex tour of with his long-suffering girlfriend. A woman is drawn into an impromptu but life-changing football game in the heart of the Amazon. Glass brilliantly captures the isolation, dislocation and occasional epiphanies of those who find themselves a thousand miles from home, and those who long to be. Rodge Glass was born in and educated at the Universities of Strathclyde and Glasgow. He has published three novels, a literary biography and a graphic novel and regularly appears at literary festivals and events throughout the , as well as on TV and radio. With stories set across the world, this is the perfect holiday companion and will attract wide review coverage. Find out more and order it here. 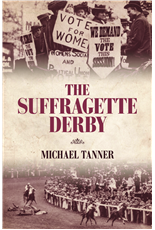 There will be plenty of different anniversaries celebrated this year – 150 years of the Tube, 70 years since the Dambusters raid and 50 years of Dr Who, to name but a few. But one of the most fascinating is that 2013 marks the centenary of The Suffragette Derby. On Wednesday 4 June 1913 Emily Davison, a  militant activist for women’s suffrage, stepped out in front of Anmer, the King’s horse, sustaining injuries from which she would die four days later. The horse’s jockey, Herbert Jones, would famously be “haunted by that poor woman’s face” and later took his own life. The Suffragette Derby by Michael Tanner is published by Robson Press in May and is a brilliant read. The 250,000 people thronging Epsom Downs on that day in June 1913 masked a quartet of combustible elements: a fanatical, publicity-hungry suffragette; a scapegoat for the Titanic disaster and the pillar of the Establishment who bore him a personal grudge; a pair of feuding jockeys at odds over money and glory; and, finally, at the heart of the action, two thoroughbreds – one a nasty savage and one the consummate equine athlete. What brought this disparate group to Epsom Downs for one of the nation’s greatest social and sporting jamborees? How did they contribute to a day that will forever live in infamy? Acclaimed racing writer Michael Tanner has scoured public and private sources – drawing on unpublished diaries and interviews with descendants of the principals – to debunk the myths and reveal for the first time the definitive account of what led to the events of that day and how they unfolded. This is British social history at its best and is absolutely guaranteed to get lots of coverage by the media. Order The Suffragette Derby here.

And you can watch a five minute film all about it below which includes the original British Pathé newsreel footage taken on the day. 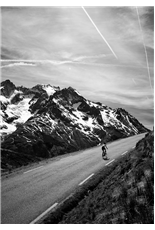 And while we’re on the subject of anniversaries, 2013 also marks the 100th anniversary of the Tour de France. To celebrate, Punk is publishing Mountain Kings: Agony and Euphoria on the Iconic Peaks of the Tour de France. This is a beautifully produced premium paperback (£16.95) in a highly ‘flickable’ and portable format. It contains over 200 high-quality colour images which really bring the mountains and Tour legends to life and is the ideal gift for any cycling fan in what promises to be a red letter year for the Tour de France. This race is one of the world’s most renowned and best-loved sporting events, and its challenging climbs are the stuff of pure legend. In Mountain Kings, author and cycling journalist Giles Belbin gets up close and personal to the Tour’s most iconic peaks and the indomitable heroes who’ve powered their way up them. Belbin has selected and cycled 25 of these classic mountain climbs to give a compelling and personalised account, reflecting upon the legendary tales from the Tour, its history and the heroes that have made ’s famous road race such an enduring and popular sporting event. Mountain Kings features profiles on the most influential and memorable climbers of the Tour, plus chapters on the event’s creation, its history and highlights. Featuring all the must-know stats for each climb alongside breathtaking photography and evocative descriptions of the ride, this book forms a stunning celebration of the Tour’s relationship with the majestic mountains of this historic road race, to capture the imagination of every Tour fan. Click here to find out more and see some sample spreads from this stunning book, published in May. And if, like me, you are getting very excited already about the 100th Tour – then click below to watch le teaser officiel!

All of us today in the are feeling the bitter wind – whether it’s bringing us sleet, snow or freezing rain. But imagine if you were somewhere completely different and the wind blowing was the Harmattan – a dry, dusty wind that blows from the Sahara and whose meaning comes from the from the Arabic word haram, meaning a forbidden or accursed thing. Set against the stark beauty of sub-Saharan , Harmattan by Gavin Weston is an evocative and heart wrenching novel. Suffused with anger that is all the more powerful for its masterful understatement; this book is both commercially appealing and a savage indictment of child marriage. It will appeal strongly to readers of A Thousand Splendid Suns, Half a Yellow Sun and similar novels. Its heroine is Haoua, is a young girl growing up in a remote village in the . Spirited, independent and intelligent, she has benefited from a stable home life and a loving and attentive mother. She worships her elder brother, Abdelkrim, a serving soldier who sends money home to support the family. But, on his last home visit, Abdelkrim quarrels with their father accusing him of gambling away the money he sends and being the cause of their mother’s worsening health. It also emerges that their father plans to take a second wife. As civil strife mounts in , she begins to fear for Abdelkrim’s safety; and her father’s plans turn out to be far more threatening than she could have ever imagined. Approaching her twelfth birthday, Haoua feels alone and vulnerable for the very first time in her life. If you would like to read an extract from this powerful novel then go to the Myrmidon website at www.myrmidonbooks.com. And click here to order Harmattan.

Everyone at Compass is very much in support of Calypso Nash the university librarian sacked from an college library, just because some students were doing the Harlem Shake when they should have been reading quietly. Click below to see what all the fuss was about.

Who says that books and dancing can’t mix?  I say let’s bring the Harlem Shake into British bookshops up and down the country! Just look at this video to see how it sprang into life in a bookstore – yes, yes I’m definitely thinking this could catch on…

That’s all for now folks, more next week!
Posted by Compass Rose at Friday, March 22, 2013