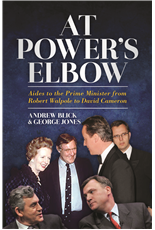 We often bring you biographies of the powerful and famous – but how about the stories of those who support those powerful men and women – those who stand at power’s elbow as it were.  Andrew Blick and George Jones take a fascinating look at the most mysterious and misunderstood job in British politics – that of the prime minister’s aide. At Power’s Elbow uncovers the truth behind three centuries’ worth of Prime Ministers and their aides. Its subjects range from the early election-fixers of Sir Robert Walpole, to the teams supporting the wartime premierships of Winston Churchill, to the semi-official ‘Department of the Prime Minister’ established under Tony Blair. The position of aide to the Prime Minister is one of extraordinary power and influence, but with an incomparable tendency to go horribly wrong when the advisor becomes the story. Discreet, inconspicuous, prudent... the perfect Prime Ministerial aide should always be in the background. When reality falls short of the ideal – as when Cameron’s head of communications Andy Coulson was arrested in connection with the News of the World phone hacking affair – the impact upon the Prime Minister can be drastic. However, for as long as there has been a Prime Minister, he or she has depended on the help of a cast of supporting actors who have courted acclaim and scandal in equal measure. At Power’s Elbow is £20 and is published hardback in July by Biteback.
Order At Power's Elbow here

And talking of a cast of supporting actors, click below to hear the fabulous Sir Humphrey and Bernard making it crystal clear what the role of a successful prime minister's aide should be! 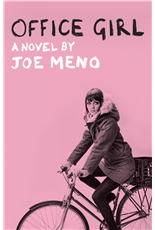 Now here’s something a little bit different – a fresh new novel by award-winning cult author Joe Meno. No one dies in Office Girl. Nobody talks about the international political situation. There is no mention of any economic collapse. Nothing takes place during a World War. Instead, this novel is about young people doing interesting things in the final moments of the last century. Odile is a twenty-three-year-old art-school dropout, a minor vandal and a hopeless dreamer. Jack is a twenty-five-year-old shirker who’s most happy capturing the endless noises of the city on his out-of-date tape recorder. Together they decide to start their own art movement in defiance of a contemporary culture made dull by both the tedious and the obvious. Set in February 1999 – just before the end of one world and the beginning of another – Office Girl is the story of two people caught between the uncertainty of their futures and the all-too-brief moments of modern life. It’s a quirky, funny and bittersweet novel illustrated with black-and-white doodles by Cody Hudson and Polaroid style photographs by Todd Baxter. This is definitely the sort of thing that could get a real cult following – it has had plenty of praise when it was published in the US last year and was a Publisher’s Weekly Book of the Week and an Amazon Book of the Month. It comes out here in July in paperback from Westbourne Press. Samples of the reviews are below.

“Fresh and funny, the images also encapsulate the mortification, confusion and excitement that define so many 20-something existences.”
New York Times

“Wonderful storytelling panache. Meno excels at capturing the way that budding love can make two people feel brave and freshly alive to their surroundings. The story of the relationship has a sweet simplicity.”
Wall Street Journal

“In this geeky-elegant novel, Meno transforms wintery into a wondrous crystallization of countless dreams and tragedies.”
Star

“The talented Chicago-based Meno has composed a gorgeous little indie romance. A sweetheart of a novel, complete with a hazy ending.”
Kirkus Reviews

Wow – certainly makes me want to read it. You can order Office Girl here 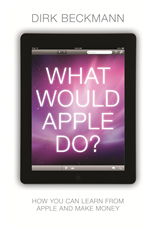 Google have been much in the news this week, with Margaret Hodge, chair of the public accounts committee, telling them that their policy on tax was “devious, calculated and unethical" and that "You are a company that says you 'do no evil'. And I think that you do do evil." So maybe Google wouldn’t be the best example to follow if you were a wannabe entrepreneur, aiming to replicate their success? Jeff Jarvis’s best-selling book What Would Google Do? certainly felt that they had much to teach us. But in July comes an alternative view from Dirk Beckmann entitled What Would Apple Do? How You Can Learn from Apple and Make Money. We all know that Apple’s must-have products are one big success story. So what makes Apple the most innovative company on the planet? The answer: Apple does exactly the opposite of what a normal technology company would do. This book is about the way a major global technology company is able to dominate the markets with highly unfashionable business models. But it’s also about how it is possible to make money on the Web using outmoded methods. In this book author Dirk Beckmann explains how Apple combines traditional business thinking with the endless opportunities in today’s digital world. It explains the rise and rise of Apple and the secrets of its success. It reveals how you can learn from Apple to develop compelling ideas and market them successfully. I’m sure we all have many acquaintances who are  absolutely bonkers for all things Apple (maybe you’re one of them) – and this book (£7.99 paperback from Biteback) is ideal for all of those i-obsessives – and the perfect gift purchase for everyone who knows one of them!
Order What Would Apple Do? here

And click below to revisit that old favourite – the Apple vs. Microsoft debate – funny if you’re an Apple fan – perhaps a teeny bit smug and irritating if you’re not!!

Anyone who spends any time in the company of what my old chemistry teacher used to call “youngsters”; will know that they can have an entire conversation only using four “words”. If you don’t know what LOL, WTF, OMG and YOLO, mean than you have clearly been living under a stone for quite some time. Summersdale bring us four little gift books on these very phrases in July – these are the perfect presents for internet addicts and newbies alike and will appeal to anyone who loves or hates these ubiquitous sayings!  They contain funny facts, facts to make you baffled,  facts to astonish you and facts to make you seize the moment – all accompanied by #hilarious asides! These little hardbacks actually do contain loads of fascinating and genuine info and will appeal to readers of 1,227 QI Facts to Blow Your Socks Oﬀ and other “pub quiz” trivia books of this type.
Posted by Compass Rose at Friday, May 17, 2013