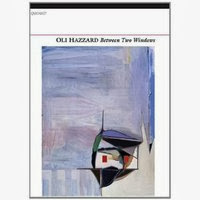 Good news for two of our poetry titles this week! Firstly, the 2013 Michael Murphy Memorial Prize has been awarded to Oli Hazzard for his collection Between Two Windows which was published in paperback by Carcanet last year. The prize will be presented at the Cheltenham Literary Festival’s Poetry Café this afternoon and Oli will read from his winning collection. Find out more about the Between Two Windows paperback here. 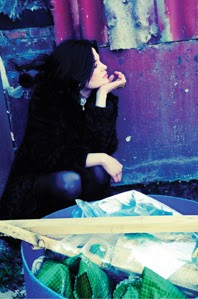 And also this week, the shortlist for the £30,000 Dylan Thomas Prize has been announced, with all of the selected titles coming from independent publishers and we are pleased to say that The Shape of a Forest by Jemma L King published in paperback by Parthian is on it! These poems of desire, loss and revenge explore lives caught in the gravity of their own orbit. Haunting, distinctive and sensual, The Shape of a Forest is a powerful survey of life and of human experience that spans centuries and the continents. The complete shortlist is:  Novel Category: The Last King of Lydia by Tim Leach and Call it Dog by Marli Roode (both published by ) and Beneath the Darkening Sky by Majok Tulba (Oneworld). In the short story category: Battleborn by Claire Vaye Watkins (Granta) and The Ghurkha’s Daughter by Prajwal Parajuly (Quercus) have been chosen and in the Poetry Section:  Sins of the Leopard by James Brookes (Salt Publishing) and The Shape of a Forest by Jemma L King. The prize is now in its seventh year, rewarding the debuts of any writer working in English under the age of 30.  You can find out more about Jemma L King and The Shape of a Forest on the Parthian Books website here. 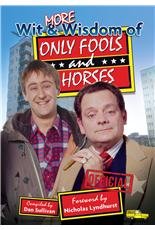 And what a perfect opportunity to watch the five top moments from this classic series! 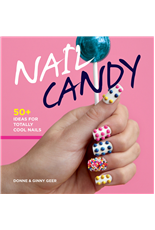 Now if there is one beauty trend which has gone stratospheric recently, it’s nail art. And just this week I read that for the first time in history, sales of nail varnish have overtaken sales of lipstick. Nail Candy: Fifty Plus Ideas for Totally Cool Nails is the super-fun guide to out-of-this-world DIY manicures. It’s by Californian sisters Donne and Ginny Geer, who have turned their passion for nail art into a way of life, and have been featured in many magazines and are raved about in the nail art blogosphere. You can watch a short promo video from the sisters on YouTube here From Batman-inspired nails to pretty polka dots, from cute panda polish to sexy metal studs, the truly creative manicures currently taking the world by storm can all be yours and without a single trip to the salon. Nail Candy is a breath of fresh air in the cosmetology book market; it’s sassy, fun, and full of DIY nail art tutorials that anyone can do. It contains more than 50 ideas, all presented in full-colour photographs and cute line-art illustrations that show readers exactly how to achieve a certain style, ranging from arty to girlish  to hardcore and more. Readers learn how to mask their nails off to make simple patterns (argyle to match your socks, anyone!), add studs and beads for textural flare (try “caviar” a beading technique that looks too good to eat), and create more ambitious mini paintings that rival works of actual art (fingertip pointillism is especially cool).There’s also lots of great info on nail-care basics, such as shaping techniques and cuticle treatments, and a tool gallery to help you stock essentials. It’s published in hardback (£12.99) this month by Emex and you can order Nail Candy here 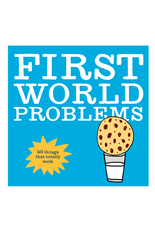 And for everyone who has felt their day has ended because they broke a nail – or smudged their newly applied varnish; maybe you need a copy of First World Problems: 63 Things that Totally Suck. This is a humorous look at those terrible troubles that plague the modern world, from losing your Wi-Fi connection to getting a bad sandwich. Have you ever felt like screaming because your file took over a minute to download? Wanted to cry because Starbucks only had the cranberry-lemon scone, not the one with orange zest? Been shocked and horrified at the lack of 3G in a public restroom? Then this book is for you. Say goodbye to feigned sympathy and rolled eyes; this is the one title that bravely acknowledges the horror of your hardrive crashing after tying up your desktop for hours, your sweater being totally the wrong shade of yellow, and your smart phone just not being smart enough. Here’s The Telegraph's list of the top fifty "First World Problems" – and yes, chipping your nail varnish is indeed right up there! This paperback published by Emex is filled with quirky and some of the most ridiculous problems ever to plague the modern world. It’s perfect for anyone who needs to regain their sense of perspective...or totally lose it. I can think of quite a few people who will be getting a copy of this title from me for Christmas – you can order First World Problems here. 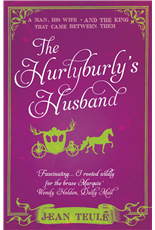 “Bawdy romp one minute, a gruesome tragedy the next. The writing is beautiful, witty, grisly and moving.” said the Sunday Telegraph. This sounds like my sort of novel – it’s The Hurlyburly’s Husband by Jean Teulé – which spent a whopping 100 weeks on the French bestseller lists. From the publisher who brought you the huge bestseller – The Elegance of the Hedgehog, this is another fabulous paperback from Gallic Books, published in October. The Marquis de Monte and his new wife Athenais are a true love-match – a rarity amongst the nobility of seventeenth-century . But love is not enough to maintain their hedonistic lifestyle. When Madame de Montespan is offered the chance to become lady-in-waiting to the Queen at , she seizes this opportunity to turn their fortunes round. Too late, Montespan discovers that his ravishing wife has caught the eye of King Louis XIV. As everyone congratulates him on his new status of cuckold by royal appointment, the Marquis is broken-hearted. He vows to wreak revenge on the monarch and win back his adored Marquise. This warts-and-all picture of life is based on a true story and will appeal to all of those readers out there who are fans of historical fiction – if you like Sarah Waters and Hilary Mantel you’ll love this!
Order The Hurlyburly's Husband here 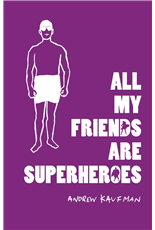 Ex-bookseller, now publisher and the man once described as “the most powerful man in the book trade” Scott Pack said of this next title “Buy it, borrow it, steal it but just make sure you read it.” All My Friends Are Superheroes by Andrew Kaufman was published in 2003 and quickly attained the sort of cult following that no amount of marketing can buy. The first edition has now sold over 42,000 copies in the . It is absolutely the sort of book that its fans want to give to others – and now this new 10th anniversary highly collectible gift edition is published so that all of its many devotees can do just that! If you haven’t read it yet, here’s a quick synopsis of the plot. All Tom’s friends really are superheroes. Tom even married a superhero, the Perfectionist. But at their wedding the Perfectionist is hypnotised by her ex, Hypno, to believe that Tom is invisible. Nothing he does can make her see him. Six months later the Perfectionist is sure that Tom has abandoned her, so she’s moving to . She’ll use her superpowers to leave all the heartbreak behind. With no idea that Tom is beside her, she boards the plane. Tom has until they touch down to convince her he’s there, or he loses her forever … This B-format hardback gift edition (£10) is published by Telegram, and includes a  new chapter profiling 28 superheroes and lists of superhero facts, including: Stress-bunny’s League of Losers, Hypno’s Short-term Relationships and Former Room Mates of the Perfectionist.
Order All My Friends are Superheroes here 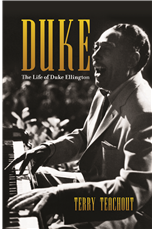 Edward Kennedy “Duke” Ellington was the greatest jazz composer of the twentieth century—and an impenetrably enigmatic personality whom no one, not even his closest friends, claimed to understand. The grandson of a slave, he dropped out of high school to become one of the world’s most famous musicians, a showman of incomparable suavity who was as comfortable in Carnegie Hall as in the nightclubs where he honed his style. He wrote some fifteen hundred compositions, many of which, like Mood Indigo and Sophisticated Lady, remain beloved standards, and he sought inspiration in an endless string of transient lovers, concealing his inner self behind a smiling mask of flowery language and ironic charm. As the biographer of Louis Armstrong, Terry Teachout is uniquely qualified to tell the story of the public and private lives of Duke Ellington. Duke: A Life of Duke Ellington peels away countless layers of Ellington’s evasion and public deception to tell the unvarnished truth about the creative genius who inspired Miles Davis to say, “All the musicians should get together one certain day and get down on their knees and thank Duke.” This major new biography of Duke Ellington is a £20 hardback with 18 pages of photos, published by Robson Press in October.
Order Duke here

I personally can’t really think of a better way to spend Friday afternoon than watching a bit of Duke Ellington – so about this clip of him playing his own composition Take the A Train from 1943.

Or if that’s just a little too retro for your tastes, what about Stevie Wonder’s brilliant tribute song, Sir Duke? This great video celebrates a whole host of African-American musicians from the 1940’s right up to the present day – very appropriate since October is Black History Month - how many of them can you name?

I think we can all agree that this sort of cool music is best left to the professionals – or is it? Check out this clip of Barack Obama singing Carly Rae Jepson’s Call Me Maybe – enjoy!

This newsletter is sent weekly to over 600 booksellers, publishers and publicists. If you would like to order any of the titles mentioned, then please click here to go to the Compass New Titles Website or talk to your Compass Sales representative.
Posted by Compass Rose at Friday, October 11, 2013