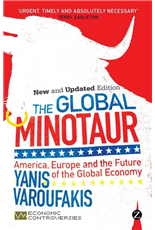 A Compass author has been centre stage in the world news this week. Yanis Varoufakis, has just been made Greek Minister of Finance – now would you want that job??  He is fast approaching rock star status following his meeting with George Osborne; his interview with Newsnight last Friday night has gained over a million views on YouTube – you can watch that here and his interview on Channel 4 News mentioned his book. The Guardian are even analysing his fashion style – have a look here at how not to dress for a meeting! His book The Global Minotaur: , and the Global Economy (pb, £8.99. 978 1780324500) is available now in a new and updated edition from Zed Books. In this remarkable and provocative book, Yanis Varoufakis explodes the myth that financialisation, ineffectual regulation of banks, greed and globalisation were the root causes of both the Eurozone crisis and the global economic crisis. Rather, he writes, they are symptoms of a much deeper malaise which can be traced all the way back to the Great Crash of 1929, then on through to the 1970s: the time when a 'Global Minotaur' was born. Just as the Athenians maintained a steady flow of tributes to the Cretan beast, so Europe and the rest of the world began sending incredible amounts of capital to and Wall Street. Thus, The Global Minotaur became the 'engine' that pulled the world economy. Today's deepening crisis in is just one of the inevitable symptoms of the weakening Minotaur; of a global 'system' which is now as unsustainable as it is imbalanced. 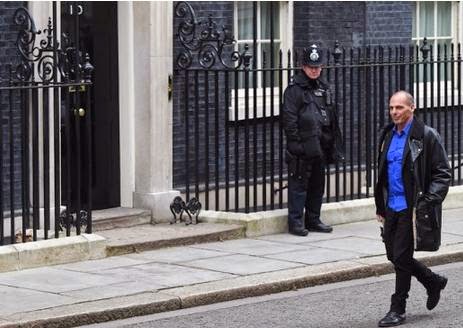 Going beyond this, Varoufakis lays out the options available to us for reintroducing a modicum of reason into a highly irrational global economic order. This is an essential account of the events and hidden histories that have shaped the world as we now know it. As internationally acclaimed intellectual Professor Terry Eagleton says: “The book is one of those exceedingly rare publications of which one can say they are urgent, timely and absolutely necessary.”
Find out more and order The Global Minotaur here

Last week we mentioned The Art of Being a Brilliant Teacher by Toward, Chris Henley and Andy Cope (9781845909413, £9.99, pb) which is published by Crown House Publishing in March – you can find out more and order it here. We used the hapless Jack Whitehall as an example of what NOT to do if you want to be a brilliant teacher. Well this week, I bring you an example of the exact opposite – American teacher Scott Pankey. Now this I suggest is what you need to do to be a REALLY brilliant teacher! 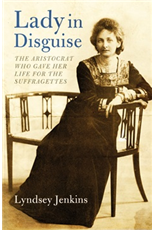 If we think of suffragettes, the name that usually comes to mind is Emmeline Pankhurst. But who has heard of Lady Constance Lytton? She was the most unlikely of suffragettes; the daughter of a Viceroy of India and herself a lady in waiting to the Queen, she did nothing but devote herself to her family for forty years. Then came a chance encounter with a suffragette and her life suddenly acquired a purpose. Witnessing Emmeline and Christabel Pankhurst on trial, she was converted to the cause of women’s suffrage, and went to prison. Once jailed, however, soon found that her name and class singled her out for privileged treatment, though she was determined to express her support for the famous hunger-strikers by becoming one herself. , therefore, decided to go to prison in disguise. Taking the name Jane Warton, she cut her hair, put on glasses and ugly clothes, and got herself arrested in . Once in prison, she was force-fed eight times before her identity was discovered and she was released. Her case became a cause célèbre, with debate raging in The Times and questions asked in the House of Commons. Constance Lytton became an inspiration to the other suffragettes and, in the end, a martyr. Always physically weak and prone to ill health, she never fully recovered from the trauma of being force-fed and died in 1923, abandoned by her fellow suffragettes. Her life story is an extraordinary one which has never been fully told. With Meryl Streep leading an all-star cast in a film of Emmeline Pankhurst’s life, 2015 is set to be the year of commemoration of women’s suffrage and this is a fascinating and little-known true story which deserves to be told. Lady in Disguise: The Aristocrat Who Gave Her Life for the Suffragettes by Lyndsey Jenkins is published by Biteback in March and you can order it and find out more here 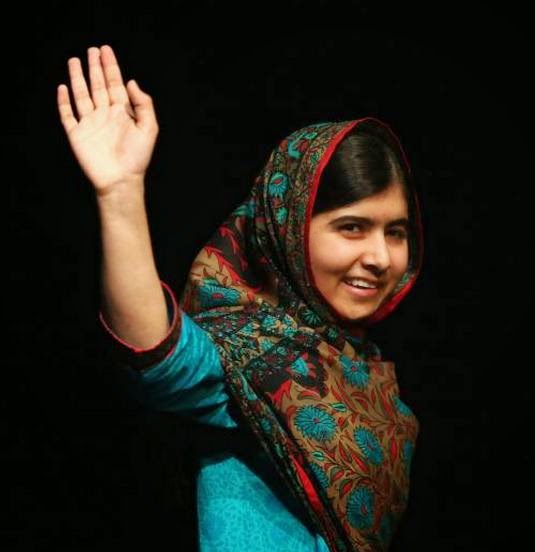 While we’re on the subject of what used to be called “Women’s Lib” – which would you say are the most iconic feminist moments of last year? Have a look here to find out! 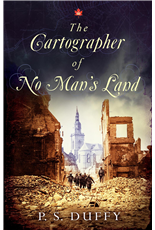 The appetite for literary novels set during WW1 shows no signs of abating, and The Cartographer of No Man’s Land by PS Duffy is a truly breathtaking work of historical fiction: epic in scope but intimately rendered. This lead literary fiction title from Myrmidon centres on the Canadian assault on Vimy Ridge in 1917, which is an icon of Canadian history but much less well known in the . The book bloggers loved this when it came out in hardback last year.  KeenReader wrote “This is an astonishing novel…innately empathetic and insightful. I’m really surprised that more readers haven’t picked up on this book and reviewed it so far. I hope that it gets more of a widespread audience, as it is a totally worthy book, and one which serves well to remind readers of a whole different dimension of World War One. An author to look out for; and a wholeheartedly recommended read.”  And TripFiction said “PS Duffy is a real discovery. This is her first novel, but it reads as if she has had a lifetime of writing experience behind her …vivid and lifelike. The descriptions of the Front convey – in a totally non sentimental way – the absolute horror of war and life in the trenches. The descriptions of events are stark and brutal, but pick up well on the camaraderie and black humour of the troops. A book I really enjoyed. I have read a fair amount of WW1 literature, and this stands with the best of them. PS Duffy is quite definitely an author to watch for the future.”  The Cartographer of No Man’s Land (B-format pb, £8.99, 978 1910183069) is published in paperback by Myrmidon in March and you can find out more and order it here. 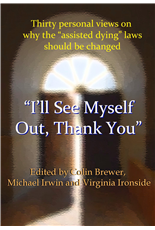 A big piece in the Times this week featuring an interview with two of the authors of I’ll See Myself Out Thank You: Thirty Personal Views on Why the Laws on Assisted Dying Should be Changed. Colin Brewer and Michael Irwin (who are the editors of the books together with Virginia Ironside) present a reasoned libertarian argument for people with terminal conditions, or poor quality of life due to illness or treatment, to be allowed to be helped to kill themselves. A series of recent landmark cases have highlighted the issues surrounding assisted suicide and may be shifting public opinion in the direction of greater freedom. These essays cover every aspect of the topic from the legal and religious issues to the deeply personal experiences of patients and carers, and their authors include Will Self, Stuart Lee, Lord Avebury, Peter Tatchell, Mary Warnock, and Anthony Grayling. 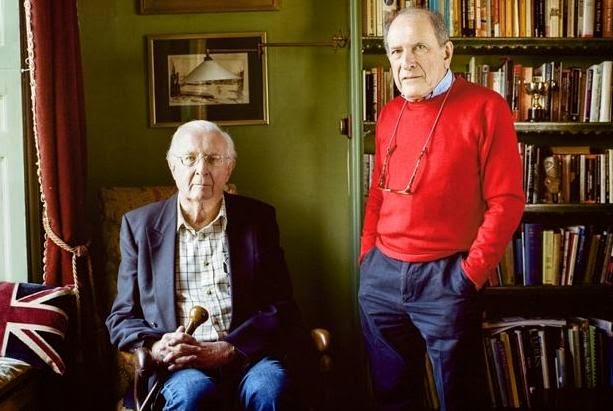 In the interview in the Times Brewer reasons “My feeling is that as people get used to it they’ll say, “This is actually not a bad way to die.  Why have a messy death? Is there any fundamental duty to hang on until the bitter end?” What has already made waves is that in one section Brewer, a psychiatrist, lists seven people for whom he has provided psychiatric evaluations supporting their applications to Dignitas by establishing they had the mental capacity to make the decision to die. The doctors hope the book, will be read by the public and by the medical profession (polls suggest that up to 75 per cent of the population is in favour of changing the law on assisted suicide but the British Medical Association is not. I’ll See Myself Out, Thank You (pb, 978 0992627096, £10.99) has just been published by Skyscraper Publications and you can find out more and order it here

We mentioned Wolf Hall last week, and this week’s gripping episode put William Tyndale into the limelight when Cromwell received a copy of Tyndale's New Testament from – translated into English, not Latin – an act that was strictly forbidden at this time. And goodness me, but the end of the episode we certainly saw how reading Tyndale's New Testament (the first English Bible of the Protestant Reformation) in public was not a choice to be made lightly.  Carcanet publish Selected Writing by Tyndale (978 1 857546 56 9 , pb, £12.95) which would be a great title to have on display on your  Wolf Hall book table – in fact why not include a couple of other Carcanet 16th century classics that are also very relevant to the series?

Selected Poems by Sir Thomas Wyatt (978 1 857546 95 8, pb, £8.95) for example? Sir Thomas Wyatt was a popular writer of Henry VIII's court and legend has it that an entanglement with Anne Boleyn was the source of some of his most passionate and vulnerable poems. His poem These bloody days have broken my heart was allegedly written upon watching the execution of Anne Boleyn from his cell in the Tower. We're expecting a Wolf Hall cameo role for Wyatt soon!

In other news from Carcanet, we’re pleased to announce that we’re happy to announce that Gathering Evidence (pb, £9.95, 978 1 847772 62 6) by Caoilinn Hughes has been shortlisted for the Shine/Strong Award for Best First Poetry Collection. The winner will be announced at a reading at the Mountains to Sea Literary Festival in (which you can find out more about here) on the 22nd March. You can find out more about Gathering Evidence on the Carcanet website here 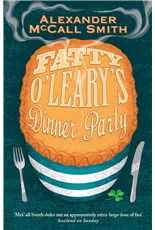 Look out for the paperback of Fatty O’Leary’s Dinner Party by Alexander McCall Smith (978 1846973239, pb £7.99) which is coming in April from Polygon. You’ll remember that this charming and very funny book stars the heroically proportioned Fatty, right at home in easy-going Fayetteville, Arkansas,  happily married to his childhood sweetheart Betty, and liking nothing better than the company of good friends Tubby O’Rourke and Porky Flanagan. But when Fatty and Betty head off to on the trip of a lifetime, they find that they have left their comfort zone far behind. Calamity and mayhem ensue as one mishap after another befalls the beleaguered couple. Can Fatty’s broad shoulders take the strain or will he suffer one indignity too many? Will he get his just deserts, or just dessert? Fatty O’Leary’s Dinner Party, as on Sunday said, “doles out an appropriately extra-large helping of fun” and has a much improved paperback cover. Order Fatty O'Leary's Dinner Party and find out more here 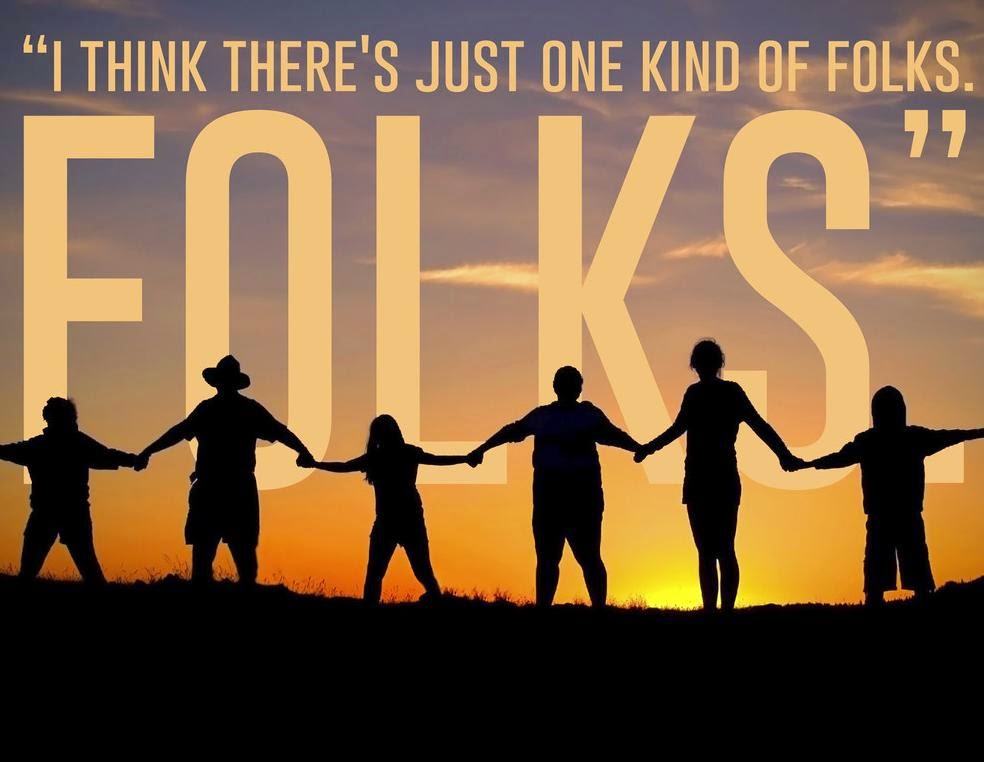 And in the week when it was announced there would be another Harper Lee for us all to enjoy this year, let’s remind ourselves of what a truly great book To Kill a Mockingbird really is. Here are twelve of its most profound quotes to inspire you on a Friday!

This blog is taken from a newsletter which is sent weekly to over 700 booksellers as well as publishers and publicists. If you would like to order any of the titles mentioned, then please click here to go to the Compass New Titles Website or talk to your Compass Sales representative.
Posted by Compass Rose at Friday, February 06, 2015