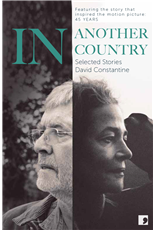 Without any doubt the film of the week has been 45 Years. Launched last Friday (28th August), having already won four international awards, and been tipped for Oscar nominations it made over £470K in its first weekend at the box office. Directed by rising British talent, Andrew Haigh, and produced by Tristan Goligher, 45 Years picked up won two Silver Bears at the Berlin Film Festival earlier this year - for Best Actor (Tom Courtenay) and Best Actress (Charlotte Rampling) - and won the Michael Powell Award for Best British Film at the Edinburgh International Film Festival, as well as an award for Best Performance for Rampling. The film is a faithful adaptation of a David Constantine short story entitled In Another Country (pb, 978 1905583768, £9.99) and this paperback collection: In Another Country: Selected Stories published by Comma Press as you can see here, has an excellent cover which is the same as the striking black and white film poster and a tag line featuring 45 Years. 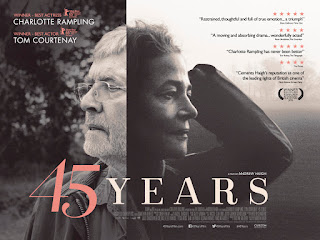 The film has been highly praised by pretty much everyone for its subtle yet powerful portrayal of a marriage threatened by a potentially devastating revelation. You can read a really good summary on the Comma Press website of all the publicity for it with lots of links to interviews and feature articles here. This has seriously been the most unanimously acclaimed film of the year so far – so do make sure you’ve got the paperback prominently displayed at the front of your store! David Constantine is no stranger to acclaim; and has previously won the Frank O’Connor Short Story Prize 2013 and BBC National Short Story Award 2010 for his short story Tea at the Midland – which is included in this collection . The Independent on Sunday said “the whole book is excellent, and every story is excellent, and every paragraph is excellent, and every sentence is excellent. And, unlike some literary fiction, it's effortless to read.”
Find out more and order it here

Watch the trailer for 45 Years here, and you can see David Constantine reading the first part of his short story In Another Country here.

In Another Country is a story very much concerned with looking back to the past. However, what if we are to look forward into the future? What would be your predictions for the book trade? Have a look at these fascinating suggestions on Book Machine and see if you agree – interestingly one of them is that short stories will revive – based the success of 45 Years/In Another Country I think we can certainly raise a glass to that! Other suggestions are: that novels will be published in instalments online with payment by the chapter; piracy will be officially rebranded as marketing and that deals between sales teams and retailers will disappear. Hmmmm. 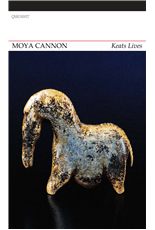 Keats Lives by Moya Canon (pb, 978 1784100605, £9.99) has just been published by Carcanet. Moya gave a most interesting interview in the Irish press recently about it, describing why she believes “poetry can illuminate people’s lives” which you can read here. Keats Lives is a new collection from this award-winning Irish poet examining how art connects the past with our present. The poems examine how traces of the past - cave paintings, textile fragments, buried objects and so on, can enable us to make imaginative connections with our distant ancestors and emphasises the vital importance of art as a way of giving meaning to our fleeting lives.
Find out more and order Keats Lives here 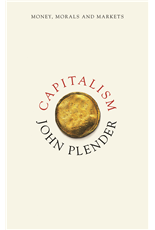 Capitalism by John Plender (hb, 978 1849548687, £20.00) has just received a stellar review from Tim Montgomerie in Saturday’s Times, saying it “does a better job of bringing together all the key issues facing today’s global economy than any other book I’ve read”, and that it’s “a delight to read.” I really do not think you could get a better recommendation for a business title than that – so please do make sure you have this title on display – many of you are already doing very well with it.  It’s also been reviewed by Vicky Pryce in this month’s Prospect, where she calls it “a splendid book” and there have also been big pieces in  The Financial Times: “thoughtful and stimulating”; The Economist: “approaches the quandaries of capitalism with a shrewd eye for detail” and there are lots more to come – a big review in the Sunday Times is due this weekend! Capitalism is published by Biteback and you can find out more and order it here. 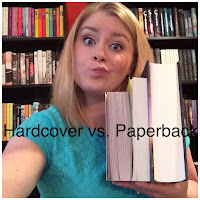 Would you say that you personally are more of a paperback – soft and floppy: or a hardback: firm and chunky? Take this quiz here on Buzzfeed to find out! 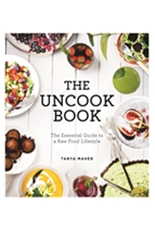 No one can be unaware of the phenomenon that is Deliciously Ella – bestselling cookbooks, regular cookery writer for the Telegraph and a massively successful blog/website – she’s everywhere. Two cookbooks – both published by Hay House are featured on DeliciouslyElla.com this month and next – the site gets four million visitors a month – so this is amazing publicity! 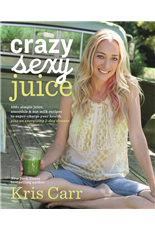 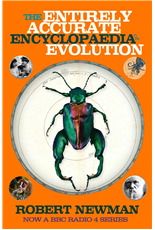 The Entirely Accurate Encyclopaedia of Evolution is a new BBC Radio 4 series – from Robert Newman, (of Newman and Baddiel fame); one the UK’s most interesting and influential comedians; which begins on Radio 4 on 5th October. The Entirely Accurate Encyclopaedia of Evolution, by Robert Newman (hb, 978 1908885531, £11.99) is a new hardback based on this series. This is a fierce, fascinating and funny exploration of one of science’s great shibboleths - demonstrating through compelling argument and great gags that it’s co-operation not competition that drives human development.  It is full of quirky black and white illustrations – and will undoubtedly appeal to fans of QI, David Mitchell, Bill Bryson, George Monbiot, Stephen Fry etc – in short it’s a great Christmas gift for popular science and comedy lovers! The Independent said of the comedy tour on which the series is based that “Rob Newman has recalibrated his shtick... to something genuinely academic … this has a political point to make.” This book is perfect who like their comedy clever and their science accessible, it’s published in October by Freight and Cargo and you can find out more and order it here. 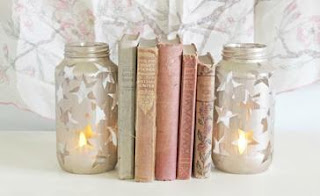 How do you prop up your ever expanding library on your bookshelves? Have a look here for some wacky ideas that are a little bit more original than that cracked plant pot and wonky candlestick you’re currently using! 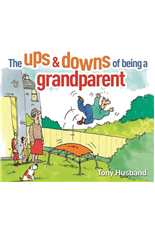 While we’re on the subject of books that are ideal for Xmas prezzies – here’s another! The Ups and Downs of Being a Grandparent is a gently humorous book by one of 's leading cartoonists about the role of grandparents in helping to bring up kids. Tony recently became a grandparent, so it's all from life, and these entertaining drawings certainly struck a chord with those of us in the office lucky to be blessed with another generation of ankle biters! This gift book features more than 120 cartoons and is a cute and light-hearted present that can be shared and enjoyed by different generations. Tony Husband has drawn cartoons for many leading publications, including Private Eye, The Spectator, The Times, Playboy and Punch. His Yobs strip (Private Eye) is one of the best known comic strips in the and, at 25 years, one of the longest-running. Tony has won more than 15 major awards, including the prestigious Pont Award. The Ups and Downs of Being a Grandparent by Tony Husband (hb, 978 1784049089, £7.99) is published by Arcturus in October and you can find out more and order it here. 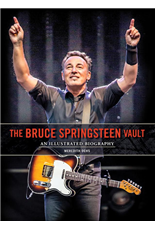 I don’t know if Bruce Springsteen is a grandparent yet – but he’s 62 and has three children, so I’m guessing it won’t be long! Whether or not he’d recognise himself in Tony Husband’s gentle cartoons is another matter – he certainly shows no sign at all of slowing down! 2015 is the 40th anniversary of his groundbreaking album Born to Run and The Bruce Springsteen Vault: An Illustrated Biography by Meredith Ochs is certain to have a massive market as he is a musician with a massive fan base. The Bruce Springsteen Vault chronicles the Boss's incredible musical career through photos and memorabilia. Its in-depth text tracks Springsteen through his childhood in New Jersey and early shows on the college circuit, to the formation of the E Street Band and breakout album Born to Run, right to the present day.  Also covered is Springsteen's evolution as a musician, an examination of his technique, his influences and inspiration, and an exploration of how his music has shaped American culture over the last 40 years. Packaged in a handsome hardcover format, The Bruce Springsteen Vault features over 100 images including concert photos (both on-stage and backstage), album covers, and personal photographs. There are new interviews with Springsteen insiders and artists he has collaborated with throughout his career; in addition to previously unpublished concert photographs and ephemera including ten pieces of removable memorabilia such as ticket stubs, posters, and handwritten lyrics. The Bruce Springsteen Vault by Meredith Ochs (hb, 978, 1783059331, £24.95) is published by Omnibus Press in October
and you can find out more and order it here.

Altogether now; tramps like us, baby we were born well you know the rest!

And just to be a bit less predictable, how about Chuck Berry and the Boss playing Johnny B Goode together - yep - it's a real thing!

To finish; here’s a heads up about something very exciting; although it won’t be in your stores until February 2016! A graphic novel of Marcel Proust's Swann's Way created by Stéphane Heuet (translated by Arthur Goldhammer) is currently a bestseller and will be published in the by Gallic Press in Feb 2016. Read what the New York Times has to say about it here.

Compass is on Twitter! Follow us @CompassIPS. Here are some of our favourite tweets from last week...

Miranda Dickinson ‏@wurdsmyth
A cracking surprise for the #ReadingChair today... Thanks @AardvarkBureau, I'm very excited to read Dan Rhodes' book!
Gallic Books ‏@gallicbooks
Graphic novel of Proust's Swann's Way (Stéphane Heuet, @artgoldhammer) bestseller. Out in from Gallic Feb 16 http://
Freight Books ‏@FreightBooks
Fishnet by @kirstininnes reviewed on @GuardianBooks. Exploring sex work, "Fishnet is an effective act of empathy." http://www.
Sarah-Clare Conlon ‏@wordsnfixtures
Fascinating hearing David Constantine discussing the short form and glaciers with @commapress as part of @McrLitFest.
Sayed Umaar ‏@UmaarKazmi
A fantastic evening with Palestinian author, Atef Abu Saif. Well done to @FiveLeavesBooks and @commapress.
The Literateur ‏@TheLiterateur
"This is a map to be misread." Matilda Bathurst reviews The Book of http://literateur.com/the-book-of-tokyo-a-city-in-short-fi …
Read Something New ‏@chapter1uk
Joining us next week! @urbanepub & @JamesSilvester1 talk publishing and this damn fine thriller! #booklaunch
David Swattridge ‏@Janet487
@blackwellbooks “No book is really worth reading at the age of 10 which is not equally worth reading at the age of 50.” ― Gladys M. Hunt,


This newsletter is sent weekly to over 700 booksellers as well as publishers and publicists. If you would like to order any of the titles mentioned, then please click here to go to the Compass New Titles Website or talk to your Compass Sales representative.
Posted by Compass Rose at Friday, September 04, 2015