Elton John’s 70th birthday on 23 March will coincide with the publication date of Captain Fantastic: Elton John’s Stellar Trip Through the 1970s by Tom Doyle (hb, £16.99, 9781846973741). In 1975, at the apex of his fame, Elton John attempted suicide yet, after announcing his retirement in 1977 at the age of thirty as well as coming out as a gay man, he gradually found his way back to music. Captain Fantastic is an intimate look at the rise, fall and rise again of Elton's fame-and-drug fuelled decade, with a final section bringing his life up to the present. It’s being serialised in the Mail on Sunday, will also be reviewed in the Sunday Times and there’s sure to be more! It’s published by Polygon.
So, to start with, let have a look at the Top Ten Elton John songs here! 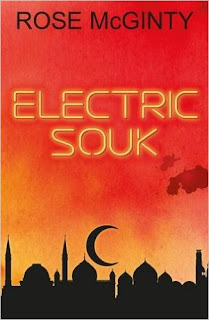 There have been some amazing pre-publication quotes for Electric Souk by Rose McGinty (978 1911129820, pb, £8.99) published by Urbane at the end of March.  “A powerful debut novel that crackles with energy and shimmers with lyricism, shedding light on a world that is half hidden'” said Sophie Duffy, while The Literary Sofa said “With its unique blend of exuberance and menace, Electric Souk is a journey and an adventure.” Rose has won many short story competitions including the Faber Academy’s Flash Fiction – and this is her debut novel. This haunting, lyrical thriller about trust and treachery is set in a world where the sleazy expat and blood-lusting desert worlds or Arabia collide just as the Arab Spring erupts – you can find out more on Rose McGinty’s own WordPress site here.

An fascinating piece here headed A Business Case for Publishing Diverse Books from Chris McCrudden who says: “So... Publishers! Still think no one wants to read 'diverse' books? I did the math, and think 11.8m people would.” This article is getting a plenty of buzz on Twitter – lots of influential people like the Gutter Bookshop saying “I cannot more seriously encourage you to stop what you're doing & look at this. I had a sneak peak and it's really powerful and compelling.” 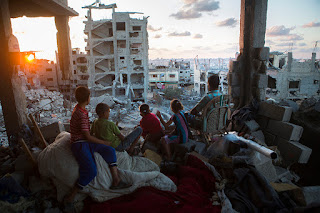 Congratulations to Anne Paq whose powerful photographs in ActivesStills: Protest in Palestine/Israel by Vered Maimon and Shiraz Grinbaum have just won her First Prize in the Photographer of the Year competition as Gaza Obliterated Families. Anne Paq is an award-winning freelance photographer and videographer who has lived for more than a decade in Palestine. She writes “Out of the 2,200 Palestinians killed in the assault on the Gaza Strip in 2014, over 70 percent were civilians with some families disappearing entirely. But it means nothing to someone far away, just another statistic. Unless you meet the survivors. The project started as an attempt to tell the stories of those killed, but their story would not be complete without talking about the fate of the survivors. Many of the people I've met still live either in or directly alongside the ruins of their bombed-out homes. How does a person cope with such a loss? In total I have met over 50 families, making this project the most comprehensive visual documentation to have been done on the Palestinian families who were killed—totally or in part.” 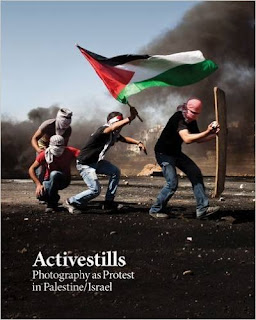 You can see some of Anne’s extraordinarily powerful photographs from the book and find out more about the prize here.  ActiveStills: Photography as Protest in Palestine/Israel (£20, pb, 978 0745336695) is 320 pages, contains over 500 photographs and is published by Pluto. 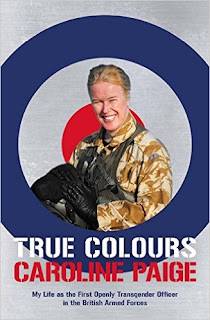 In contemporary warfare, courage and endurance are crucial for overcoming adversity. However, for Caroline Paige, a jet and helicopter navigator in the Royal Air Force, adversity was a common companion both on and off the field of battle. In 1999, Paige became the first ever openly serving transgender officer in the British military. Already a highly-respected aviator, she rose against the extraordinary challenges placed before her to remain on the front line in the war on terror, flying battlefield helicopters in Bosnia, Iraq and Afghanistan. Criss-crossing battle lines; True Colours is the unflinchingly honest and inspirational account of one woman's venerable military career and the monumental struggle she overcame while grappling with gender identity on the quest for acceptance. True Colours: My Life as the First Openly Transgender Officer in the British Armed Forces by Caroline Paige (£20, hb, 978 1785901324) will be serialised this weekend in the Mail on Sunday (26th February) and next (5th March) There are also confirmed interviews on Radio 4, Woman’s Hour, ITV, Good Morning Britain, BBC Radio 5 Live, Afternoon Edition and Talk Radio Europe. There is sure to be lots of interest in this title which is published on 5 March by Biteback.

A new study of literacy levels has revealed that kids who are reading quite challenging books during their primary school years start to regress when they reach senior school, making some commentators question whether it matters what books teenagers are reading.  Novels written by the blogger Zoella have now become more popular than JRR Tolkien – is this a cause for concern? Author Charlie Higson thinks we shouldn’t “get too upset and worthy about kids reading to improve their minds" and he told The World at One yesterday that we should be glad that children are engaging with books rather than looking at a screen – you can hear what he has to say in a short clip from the programme here. 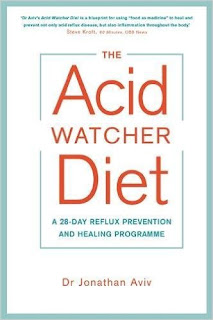 Make sure you stock The Acid Watcher Diet: A 28-Day Reflux Prevention and Healing Programme by Dr Jonathan Aviv (£12.99, pb, 978 1781808566) which is zooming up the Amazon bestseller lists and has just been published by Hay House. There are clearly lots of people out there who suffer from abdominal bloating; a chronic, nagging cough or sore throat; allergies; or shortness of breath all of which can be the symptoms of acid reflux. Dr Jonathan Aviv provides a proven solution for reducing whole body acid damage quickly and easily. His 28-day programme is part of a two-phase eating plan, that works to immediately neutralize acid and relieve the inflammation at the root of acid reflux. Dr Aviv guides readers through healthy dietary choices with targeted recipes, helping them balance their bodies and minds for optimal health and break acid-generating habits for good. You can hear Jonathan explaining a bit more about the diet on YouTube here. 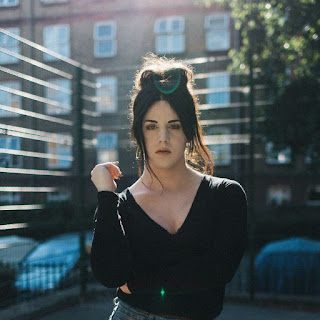 Jessica Kingsley Publishers is to publish Letters From Your Trans Sisters – a collection of letters written by successful trans women for other trans women at the start of their transition; edited by trans activist Charlie Craggs. JKP commissioning editor Andrew James said: “When so many trans women are the subject of daily violence and harassment we need voices like Charlie’s, and the other trans women who feature in this collection, to help breakdown stereotypes and to empower those who are transitioning. These letters are powerful and necessary and we’re honoured to be working with Charlie to support young trans women as they transition.” Letters From Your Trans Sisters will be published in November this year. 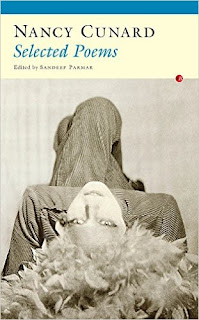 Good to see In the Studio from Selected Poems by Nancy Cunard (pb, 978 1 784102364, £12.99) published by Carcanet as the Guardian’s Poem of the Week last week – you can find the whole feature here.  Selected Poems illuminates Cunard’s work in full, from her early years as a coterie poet on the edges of Bloomsbury and avant-garde London, to her frontline activism during the Spanish Civil War and life-long fight against fascism in Europe and America, to her final years documented in poems written from hospitals and sanatoriums.  Through her introduction and notes, editor Sandeep Parmar frames Cunard’s complex legacy as a poet, publisher, and activist. A contribution to the wider feminist revision of modernism, this volume draws attention to Cunard’s extraordinary oeuvre, shaped by some of the twentieth century’s most dramatic events. You can find out a little more about Nancy Cunard in this two minute YouTube film. 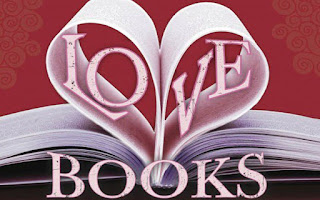 We love this heart-warming Valentine’s story from Waterstone’s Leeds. If you’re on Twitter you can go to @WstonesLeeds for the illustrated version – but if not, read on.


Today, I have a little story to share with you all. It's full of good feels so listen up! You might have heard of #blinddatewithabook? Well one of our far-flung fans certainly had and so they called us up and they said "Hello, I'd like to buy six #blinddatewithabook." Where is this customer from? I don’t know. Who are they? I haven’t the foggiest but what they did next is quite brilliant. They didn’t ask us to just stick a stamp on them and drop them in the post, they said “Take the six copies and walk round the store. Give them to six people who look like they need cheering up.” And so, we did, one of our booksellers scoured the store, and distributed this stranger’s kindness and, I hope, turned some frowns upside down. And that’s that. Our little tale of book loving Valentines generosity. Well played stranger, I hope you had a lovely Valentine’s Day. 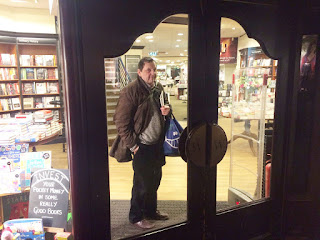 And finally; you might want to double check for customers when you lock up your bookshop tonight; Oliver Soskice ended up trapped inside Waterstone’s Cambridge recently for almost two hours after staff closed the shop! He’d been browsing upstairs section when “I half noticed the place was particularly quiet but it didn’t strike me as odd. But then when I came down there was an unearthly silence” and he realised he’d been shut inside! He tried calling his daughter and police for help, but wasn’t freed from the store until the shop manager was alerted to the alarm going off. I can certainly think of far worse places to be incarcerated!

Maybe he should have started reading one of the many books that have been written about being shut up while he was there; here's  a list from the Guardian of the top ten top locked room mysteries!

And watch this only if you’re not claustrophobic – the top ten films about being trapped!
Compass is on Twitter! Follow us @CompassIPS. This week we’re reproducing a tweet from author, journalist and ex-bookseller Mahesh Rao entitled A Few Things I Learned Working in a Bookshop.


This blog is taken from a newsletter which is sent weekly to over 700 booksellers as well as publishers and publicists. If you would like to order any of the titles mentioned, then please talk to your Compass Sales Manager, or call the office on 020 8326 5696.
Posted by Compass Rose at Friday, February 24, 2017