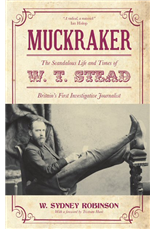 Firstly many congratulations to W. Sydney Robinson who has just won Political Biography of the Year for Muckraker: the Scandalous Life and Times of W. T. Stead: ’s First Investigative Journalist, published by Robson Press. The inaugural Paddy Power and Total Politics Political Book Awards took place on Wednesday evening at the BFI IMAX in , and several hundred figures from the world of politics came to sip champagne, chat and gossip about the extraordinary goings on in the world of politics at present!  In the audience were numerous MPs, Lords and other luminaries including Jemima Khan, Tony Benn, Dan Snow and Ian McEwan – a glittering occasion indeed! There has been plenty of publicity about this award – both in the national press and on the many political blogs – so make sure you have the book on display – preferably with a big sign above it saying “Political Biography of the Year”! Order Muckraker here. Incidentally, cartoonist Matthew Pritchett won the award for Political Humour and Satire for The Best of Matt 2012 – here’s one of my favourite Matt cartoons from this week. 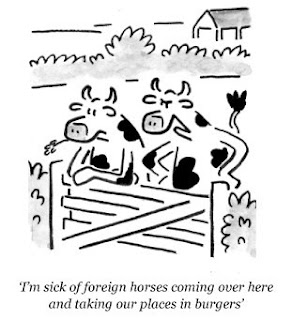 And if you’re just in the mood for a bit of politics to liven up your Friday; then have a look below  to remind yourself of rather a good collection of amusing moments in the House of Commons. 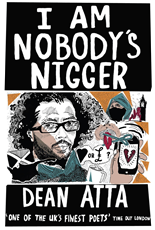 And now; as they say; for something completely different. I Am Nobody’s Nigger is revolutionary, reflective and romantic. This is the powerful debut collection by one of the ’s finest emerging poets. Exploring race, identity and sexuality, Dean Atta shares his perspective on family, friendship, relationships and life, from riots to one-night stands. To watch a powerful performance of the title poem on YouTube, click here. As you can see it has received well over 45,000 hits – there is a big audience out there for this poet. Atta is a rising young star on the performance circuit and will command media attention. He has performed at the Edinburgh Fringe, Brighton Fringe, Latitude, Strawberry Fair and Garden Festivals and appeared on Radio 4, Channel 4, BBC 1Xtra and 6 Music. He won the 2012 London Poetry Award and was named as one of the most influential people in 2012 by the Independent on Sunday.  Benjamin Zephaniah said “Dean Atta’s poetry is as honest as truth itself. You will be uplifted.” I would highly recommend it – this debut paperback is published in March, and you can order it here.
You can watch a powerful performance of the title poem on YouTube below. 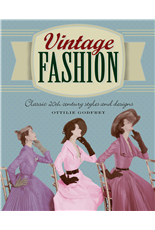 The craze for Vintage Fashion shows absolutely no sign of abating, and in April comes this stylish introduction to the genre, showcasing the key designs and styles of the main vintage eras of the 20th century. It will be an inspiration to vintage enthusiasts and general readers alike. Written by Ottilie Godfrey; a freelance journalist who writes for the BBC, the Evening Standard and Time Out magazine; this full colour paperback at a great price (£9.99)  includes iconic designs, trends  and styles from each decade, broken down so readers can easily look up the era that takes their fancy. It contains informed commentary on the social changes that have influenced fashion through the 20th century and has many terrific photographs of film stars such as Audrey Hepburn and Grace Kelly modelling classic designs, as well as garment illustrations and authentic model photo-shoots from all eras. Order copies of Vintage Fashion here. And if vintage fashion is your thing, then do have a look at thisevocative Pathe newreel from the 1950's showing off Parisian fashions from that era. 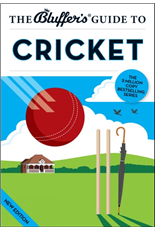 Two more titles in the bestselling Bluffer’s Guide series are coming in April. The Bluffer’s Guide to Cricket by James Trollope tells you how you can be an instant expert on cricket and bluff your way with all fans of the sport. If you’re unsure about the unwritten rules governing match etiquette or just baffled by it all, from ‘the Ashes’ to ‘umpires’, and from ‘beamers’ to ‘seamers’, here is everything you need to know to increase your social status or avoid getting caught out. The Bluffer’s Guide to Golf by Adam Ruck shows you how you can be instant expert on golf and bluff your way with those who have areal grip on the sport. No handicap is required, just a sense of humour. Whether you are unsure about the must-have clothing or clubs or simply downright mystified by the game; from ‘baffy’ to ‘bogey’, and from ‘courses’ to ‘cleeks’, here's all you need to know to put yourself on an even par with friends and colleagues.  These all-new editions from the 5-million copy selling Bluffer’s Guide series have terrific covers, and there is also an entertaining website www.bluffers.com – which will all help to build awareness of the brand.
Order the Bluffer's Guide to Cricket here
Order the Bluffer's Guide to Golf here 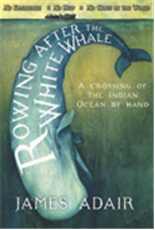 Ernest Hemingway once said that you should “always do sober what you said you’d do drunk. That will teach you to keep your mouth shut”. Over a boozy Sunday lunch, flatmates James Adair and Ben Stenning made a promise to row across an ocean (like you do). At first they considered the Pacific, then the Atlantic, but once James Cracknell and Ben Fogle completed the high-profile Atlantic rowing race, their thoughts turned to the Indian Ocean, longer and tougher than the Atlantic and fewer people have rowed across its waters than have walked on the moon. After years of planning and fund raising, they were ready to launch in spring 2011. Neither of them had any rowing nor sailing experience. To add to this, James had contracted Guillain-Barre syndrome at the age of 14, which had locked his body into total paralysis for three months (while his mind had remained completely active) and which had left him with paralysed feet. This was a challenge that they really never should have even considered! Rowing After the White Whale: A Crossing of the Indian Ocean by Hand is wise, witty and utterly engaging – a Boy’s Own Adventure with humour. It’s such an extraordinary story that it is certain to attract a lot of review and feature coverage – who hasn't (usually under the influence) thought of abandoning their mundane lives in order to do something crazy and impossible instead?
Find out more and order it here. 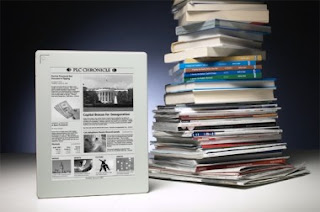 And for the latest in the e-books versus real books debate, lets go back to the Bluffers.com website, where you can find a very interesting and entertaining article here .