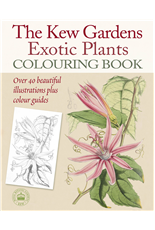 Spring is on the way – but if your garden is not providing you with the gorgeous colour you’d like, then why not settle down instead with the Kew Gardens Exotic Plants Colouring Book (£6.99, pb, 978 1784045654)! This title comes from Arcturus in May, and is a companion volume to the very popular Kew Gardens Hardy Plants Colouring Book (£6.99, pb 978 1784045616) It’s a full colour paperback book full of beautiful botanically precise illustrations of exotic plants by accomplished British botanical artists Harriet Anne Hooker, Thiselton-Dyer and Walter Hood Fitch, which originally featured in the world-famous Curtis's Botanical Magazine. Each line drawing for the reader to colour themselves is presented alongside the artist's colour original, which acts as a guide for users. It gives a glimpse into the world of the 19th-century plant hunters - their travels and their finds - as well as that of the Victorian botanical illustrators and will appeal to green-fingered artists everywhere who will delight in bringing the line drawings to life in glorious colour By copying and learning from the experts, users can progress to producing satisfying plant illustrations of their own. You can order the Kew Gardens Exotic Plants colouring book here. 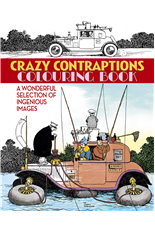 And if the great outdoors isn’t your thing, then also in May comes the Crazy Contraptions Colouring Book (pb, £6.99, 978 1784045104). These black and white images by Heath Robinson are guaranteed to intrigue, make laugh and bring out your creative instincts! Each picture offers scope for users to improve their artistic skills, while at the same time giving them a finished picture of a crazy contraption! William Heath Robinson (1872 - 1944) was an English cartoonist and illustrator best known for drawings of ridiculously complicated machines for achieving simple objectives – and his work has an enduring popularity. You can order the Crazy Contraptions Colouring Book and find out more here.

And if Heath Robinson is not a name familiar to you at all, then you can watch this short five minute film about him here! 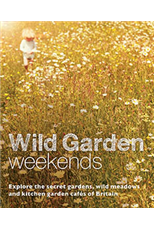 Maybe you would prefer to get out and about and look at other people’s fabulous gardens rather than just colouring in flowers! If so then Wild Garden Weekends by Tania Pascoe (pb, 978 0957157392, £16.99) from Wild Things Publishing in April will undoubtedly be the book for you. This title will show you how to explore the secret gardens, wild meadows and kitchen garden cafés of , and is part of the best selling Wild Things series, which has now sold over 100,000 copies in the . This stunning and original British travel guide charts lesser known gardens, spectacular meadows, the best kitchen garden food, plus wild places to camp and stay. It is the first guide of its kind which includes recommendations for food and accommodation, as well as meadows and nature-friendly gardens. 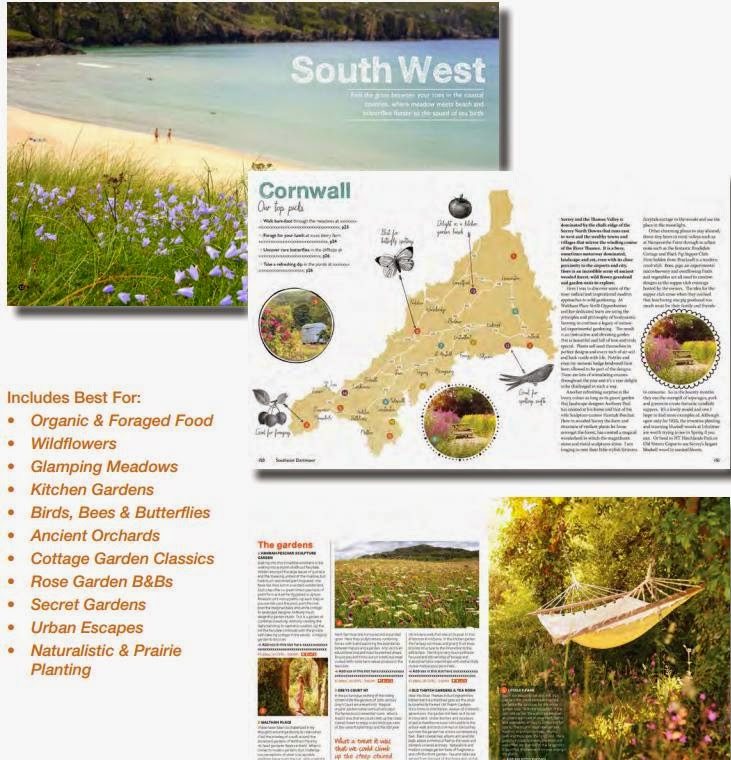 The photography is truly stunning, and there are also plenty of illustrated maps. With a wide family appeal, this title brings food, adventure and the ‘wild’ into garden tourism. There will be a full programme of PR activities for Wild Garden Weekends to coincide with National Gardening Week, and the launch coverage will begin with the Saturday Telegraph, who have confirmed that they are going to run it as their cover story on Sat 11 April. Gardening is ’s most popular outdoor pastime with 20 million gardens visited per year and this is a timely book which will appeal to garden-lovers, foodies and nature-lovers of all ages.
You can order Wild Garden Weekends here 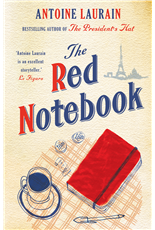 Lots of you did extremely well last year with The President’s Hat, by Antoine Laurain – it was a Waterstones Book Club and a Kindle top 5 bestseller. So you’ll be pleased to hear in that in April, Gallic are publishing the new novel by the same French author: The Red Notebook (pb, £8.99, 978 1908313867). And you’ll no doubt be intrigued to hear, its hero is a bookseller! It begins when said bookseller, Laurent Letellier comes across an abandoned handbag on a Parisian street, and feels impelled to return it to its owner. The bag contains no money, phone or contact information. But a small red notebook with handwritten thoughts and jottings reveals a person that Laurent would very much like to meet. Without even a name to go on, and only a few of her possessions to help him, how is he to find one woman in a city of millions? The Guardian called The President’s Hat “A hymn to la vie Parisienne...enjoy it for its fabulistic narrative, and the way it teeters pleasantly on the edge of Gallic whimsy” while the Library Journal said “Its gentle satirical humour reminded me of Jacques Tati’s films”. In fact the idiosyncratic love story of The Red Notebook is not like that of Amelie – and there are plenty of readers who adore this type of capricious, romantic and engaging Gallic storytelling – the hand-drawn retro cover is just right too!
Order The Red Notebook here

So let’s immerse ourselves in a little bit of Gallic whimsy just to get ourselves in the mood for The Red Notebook – firstly here’s a morsel of Charles Trenet, then we need to add a smidgen of Jacques Tati – plus a soupcon of Amelie  – et voila! – we are now in exactly the right frame of mind! 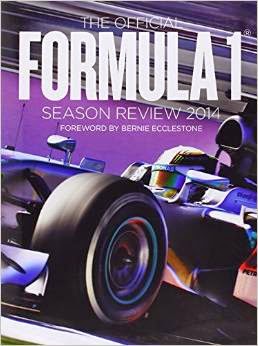 You did very well through the Christmas season with The Official Formula 1 Season Review 2014, published by Illustrated London News (hb, 978 0957532069 £35.00). Don’t forget to keep this title on display as excitement builds for the start of the 2105 season, which begins in  on 15 March and ends in  on 29 November.  Twenty-two drivers representing eleven teams will contest twenty Grands Prix, and the whole season will be previewed in the March edition of F1 Racing Magazine – which as a result will be the biggest selling edition of the year, with a circulation of over 50,000 copies. Illustrated News have taken out a big full page advert in it for The Official Formula 1 Season Review 2014 which you can see below!  Remember, The Official Formula 1 Season Review 2014 gives fans a unique, access-all-areas pass behind the scenes of one of the most thrilling Formula One seasons of recent years, throwing new light on all the headlines and key incidents. It is illustrated with amazing photography from LAT and with exclusive insight from the drivers them selves, this book also contains all the official statistics from an action-packed year. You can order some more copies here 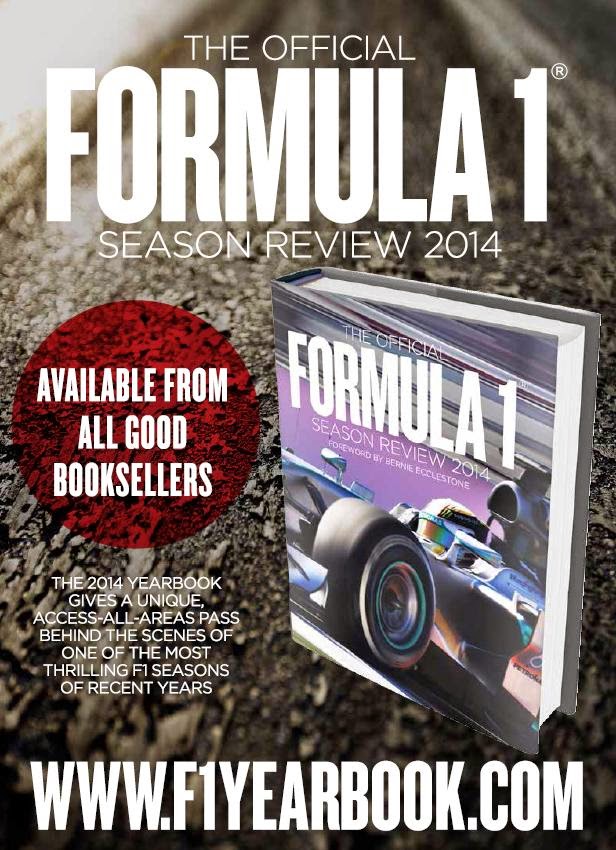 Tabloid newspapers – scurrilous rags or vital champions of the masses? If you want a quick précis of one of the most famous – and what led to its closure – then there's a good 3 min summary here from CNN. Or, of course you could order Tabloid Secrets: The Stories Behind the Headlines at the World’s Most Famous Newspaper by Neville Thurlbeck. Both as chief reporter and news editor for nearly twenty years at News of the World, Neville Thurlbeck is uniquely placed to give an insider’s view of life on the paper. He served up some of the most famous, memorable and notorious headlines in the paper’s existence; including those including David Beckham, Jeffrey Archer, Fred and Rose West, Gordon Brown and Robin Cook, among many others. In Tabloid Secrets, he reveals for the very first time how he broke the award-winning stories which thrilled, excited and shocked the nation. This book contains many stories that will fascinate the reader and ensure that this book is a real page turner. Thurlbeck’s undercover investigative work is revealed in great detail, with the methods and subterfuge explained. It also describes how the reporter was recruited to MI5, the characters he met and the type of work he carried out there. It is a vivid, surprising and wildly entertaining insider account of a Fleet Street which is suddenly no more.  This is a scandalous and swashbuckling insight into some of the biggest and most sensational scoops by one of Fleet Street’s most notorious reporters.  Neville Thurlbeck worked for two decades as chief reporter and news editor and during his time at the News of the World he won numerous journalism awards, including the British Press Awards Scoop of the Year Award twice. As part of his involvement in the phone hacking scandal he served thirty-seven days of a six-month prison sentence. Tabloid Secrets includes a detailed analysis of the phone-hacking scandal and the Leveson Inquiry, and not surprisingly there will be a massive press campaign to support its publication; watch this space for more details as we get nearer to publication date! Tabloid Secrets by Neville Thurlbeck (hb, 978 1849548533, 14.99) is published by Biteback in May and you can find out more and order it here 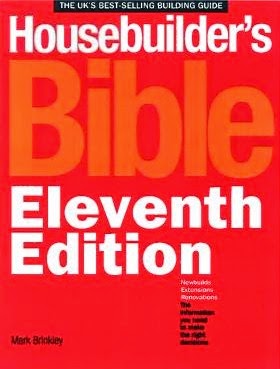 Building your own house is one of the fastest growing trends in the UK – largely thanks to government and parliamentary support, so there will be a big market for the Eleventh Edition of The Housebuilder’s Bible (£25,00, pb,  978 1905959556) by Mark Brinkley is coming from Red Planet Publishing in April. This title has consistently been the biggest selling self-build title in its earlier editions; and was the first book in its field to mix information and advice with detailed yardstick costings for residential building projects. The author is an experienced housebuilder and renovator, and much of the detail in the book is drawn from trade experience. It’s very much an insider’s guide and experienced construction professionals have expressed amazement at the amount of detailed information in the book. But it’s also accessible and many readers who have never been involved with building before have used this book successfully to build their own homes. This eleventh edition has been completely revised and updated to reflect recent price changes. Previous editions get almost universal five star reviews on Amazon – with most describing it as “indispensible”. You can order The Housebuilder's Bible here.

So let’s finish with my top three pop songs involving houses? Can’t think of any? Well, what about this rocky little number from 1981 from Shakin’ Stevens, then it’s got to be this one from The Animals at number two I think, but the clear winner must be this absolute classic from Madness!

This blog is taken from a weekly newsletter sent to over 700 booksellers as well as publishers and publicists. If you would like to order any of the titles mentioned, then please click here to go to the Compass New Titles Website or talk to your Compass Sales representative.
Posted by Compass Rose at Friday, February 13, 2015