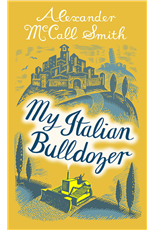 A new Alexander McCall Smith title is always a real treat, and My Italian Bulldozer is published by Birlinn in May. (hb, £12.99, 978 1846973550). This is a brand new stand-alone novel based on an immensely popular short story from the author whose books have sold over 25 million copies. Fatty O’Leary’s Dinner Party won the Bollinger Everyman Wodehouse Prize for Comic Fiction in 2015 and this looks equally entertaining.  When writer Paul Stewart heads to the idyllic Italian town of Montalcino to finish his already late book, it seems like the perfect escape from stressful city life. Upon landing, however, things quickly take a turn for the worse when he discovers his hired car is nowhere to be found. With no record of any reservation and no other cars available it looks like Paul is stuck at the airport. That is, until an enterprising stranger offers him an unexpected alternative: a bulldozer! With little choice in the matter, Paul accepts and so begins a series of laugh out loud adventures through the Italian countryside. A story of unexpected circumstance and a lesson in making the best of what you have, My Italian Bulldozer is a warm holiday read guaranteed to put a smile on your face. Find out more and order it here. 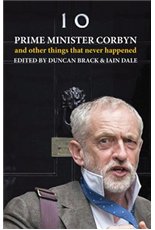 We’re used to Biteback bringing us interesting political titles that give us the low-down on what actually has occurred in Westminster – but coming in June is a title that examines things that haven’t come about (yet!) Prime Minister Corbyn: And Other Things That Never Happened by Iain Dale and Duncan Brack (hb, £14.99, 978 1785900457) contains twenty-six expert examinations of things that never happened – but easily could have done if events had so conspired. In this book, a collection of distinguished commentators, including journalists, academics and former MPs consider how things might have turned out differently throughout a century of political history – from a permanent union between France and the UK in 1940, to Reagan and Thatcher being assassinated in 1981 and 1984 respectively, to Jeremy Corbyn becoming Prime Minister in 2020. It includes what would have happened if Gladstone had drowned in 1885? Britain went Blackshirt in 1934? Labour had won the 1951 election? Britain had lost the Falklands War? German reunification had never happened? The UK had joined the Euro? Yevgeny Primakov rather than Vladimir Putin had become Russian President in 2000? David Miliband had beaten Ed to the Labour leadership in 2010? Scholarly analyses of possibilities and causalities take their place beside enthralling fictional accounts of alternate political histories – and all are guaranteed to entertain and make you think. This brand new collection of political “what ifs?” offers a fascinating depiction of how history could have been oh so different and you can order it here. 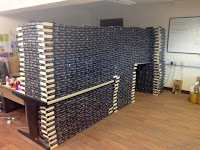 Loving this story from Oxfam books in Swansea, who have now received so many second hand copies of Fifty Shades of Grey that they’ve been able to build a castle out of them – and are now begging the public not to give them any more please!! 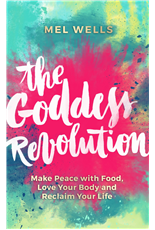 Who wants to reclaim their inner Goddess? Definitely me, yes please – especially if it can include eating your own body weight in Easter eggs. If you've ever struggled with diets, food, body image or your weight, then The Goddess Revolution is your new handbook for life. Melissa Wells truly believes that all women are born Goddesses, but we tell ourselves over and over again that for some reason, we don't deserve to feel good. The Goddess Revolution is taking over as the new 'anti-diet': it’s a revolutionary new way of thinking that will help women to end the war on their bodies, start embracing an incredibly rewarding relationship with food, and become happier and more fulfilled. Tackling very modern issues including 'fitspiration' and the obsession with perfection caused by celebrity culture and magazine airbrushing; Melissa speaks in a language that women can relate to. The Goddess Revolution: Make Peace with Food, Love Your Body and Reclaim Your Life (pb, £10.99 978 1781807125) is published in June by Hay House, and excitingly, we’ve just heard that the author will be a guest on ITV’s Lorraine to publicise it. There will also be a feature in the Daily Mail. Mel is pretty well known in the Goddess world, she has built up a client list including many celebrities, actresses, models and reality stars, helping them quit dieting, and transform themselves into Goddesses too – you can read more about her on her blog here and you can order The Goddess Revolution here.
From one Goddess to another – I’m very much enjoying this video on YouTube showing people’s reactions to Gwyneth Paltrow’s latest smoothie recipe… 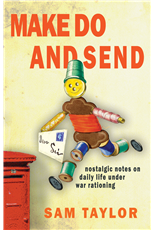 Nostalgia titles continue to do well, and Make Do and Send by Sam Taylor is an arch amusing and interesting collection of letters on issues that enraged wartime Britain.  In September 1939 petrol rationing was announced as a result of the declaration of war with Germany and soon clothes and food rationing followed. The propaganda was upbeat under the banner “Make Do and Mend” but one of our favourite national pass times, grumbling, soon took over! In a torrent of letters written all over Britain a roar of pointed moaning ensued. It is an hilarious record of the stiff British upper lip that trembled with ill-concealed disgust whenever an injustice or unfair advantage was spotted and is the perfect gift for any member of the family who enjoys nostalgia and a laugh. Sam Taylor is the editor of The Lady and also a feature writer on the Daily Mail, so there should be plenty of publicity for this charming hardback. Make Do and Send: Nostalgic Notes on Daily Life Under War Rationing (hb, 978 1783340866, £9.99) is coming in June from Gibson Square and you can find out more about it here.

Nothing says wartime nostalgia quite like Dad’s Army – the original I mean, not that lamentable film. Re-live one of its funniest moments ever here! 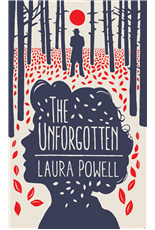 The Unforgotten by Laura Powell is getting some BRILLIANT review coverage – read this one here in the Daily Mail – and there was also a great plug for it in last weekend in the Sunday Telegraph’s Stella Magazine. The Sun said it has “intrigue, suspense and a unique story. The author is annoyingly talented and I devoured this in a day.” This psychological tale of illicit love, bloody murder and impossible choices is set in drab, sinister, post-war Cornwall where the 15-year-old heroine is drawn towards forbidden love. It has a very striking cover – and as I say, the publicity has been terrific. The Unforgotten by Laura Powell (pb, £8.99, 978 1910449592) has just been published by Freight and you can order it here. 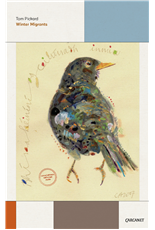 Tom Pickard is one of Britain’s legendary poetry-activists and the founder of the Morden Tower poetry scene. Allen Ginsberg called him “One of the most live and true poetic voices in Great Britain” and Paul McCartney said “with sharp vision Pickard dissects his gut reaction and reminds us to appreciate the cool clear beauty of our own situation.” Winter Migrants is a poetic coastal mediation and strikingly describes a bird’s journey over the fells. It features the Poetry Prize-winning sequence “Lark and Merlin”. Winter Migrants by Tom Pickard (pb, 978 1784102647, £9.99) is published by Carcanet in June – it has a gorgeous cover, and you can find out more about it here.


You can hear Tom Pickard reading Lark and Merlin on the Poetry Foundation website here.


Let’s finish with some music! I love this duet  between James Brown and Luciano Pavarotti! Now that should set you up for the weekend!

Who’s tried to do some Easter baking? Hopefully it’s worked out a whole lot better than this unfortunate tray of chicks!
That’s all for now folks! More in two weeks!
This blog is taken from an e-newsletter which is sent weekly to over 700 booksellers as well as publishers and publicists. If you would like to order any of the titles mentioned, then click here  or talk to your Compass Sales representative.