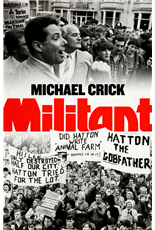 What on earth is going on with the Labour party? They themselves said this morning that they need to “get a grip” and stories concerning in-fighting, radicals, and Corbyn’s leadership will no doubt run for many months yet – maybe years – and today the Guardian features Militant by Michael Crick as its Political Book of the Day; which is published by Biteback of course. This book was first published in 1984, then Crick produced an updated version in 1986 and now thirty years on, he has updated it again, with a foreword and afterword that seeks to connect the sometimes startling, often caricatured history of Militant to Corbyn, both back in the 80s and now. The book has been out of print for many years, with old editions selling online for up to £350. “This is the story,” writes Crick, “of the Marxist, Trotskyist group whose presence inside the Labour party Jeremy Corbyn tried to defend.” The Guardian writes that this title is “full of eye-opening facts… vividly brought alive” – this is great publicity for this book and you can order Militant by Michael Crick (pb, £10.99, 978 1785900297) and find out more here.

If you’re in a political mood today, then you’re bound to enjoy this latest offering from the hilarious Cassetteboy: it’s Jeremy Hunt who gets the treatment this time…

And if all of that angry leftie militancy is giving you a headache, then you need to calm down and focus on the Margaret Thatcher Colouring Book (pb, 978 1785900990, £8.99) – yes really – it’s coming from Biteback in September and I think it could be very popular…. 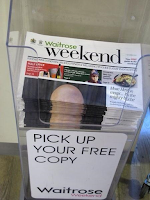 Those of us working in this wonderful industry work very hard to make sure that images and words are juxtaposed together in perfect harmony. But sometimes, despite our best efforts it just doesn’t work out that way…  Have a look here at these really funny publishing layout failures! 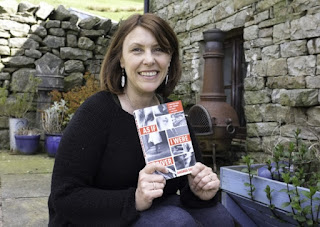 A nice piece on debut novel As If I Were a River by Amanda Saint (pb, £8.99, 978 1910692639, £8.99) in the Lancaster Guardian which you can read here . As If I Were a River tells the story of three generations of northern women in one family: Kate, Laura and Una, and is a tale of family secrets, the lies we tell each other and ourselves and, ultimately, of redemption and losing yourself in order to find out who you really are. The Book Review Café called this “a compelling read” and “thought-provoking”, it’s just been published by Urbane and you can find out more about it here. 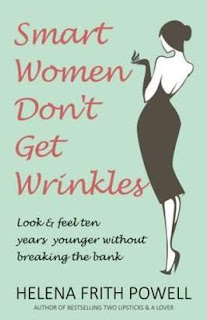 Smart Women Don’t Get Wrinkles by Helena Frith Powell (whose titles have sold over 50,000 copies in the UK) has just been published by Gibson Square and there’s some great newspaper and magazine coverage coming up for it so do make sure you’ve ordered it and got it on display. It will be in the Daily Telegraph Weekend section on 7 May, there will be a feature in the Times T2 section on 12 May; the Daily Mail on 21 May and Helena Frith Powell is also going to be on ITV’s This Morning. In Smart Women Don’t Get Wrinkles Helena humorously examines each body part and how to protect it from the marauding years, as well as looking at the cerebral side of ageing and tips on how to keep your man from looking even worse than you do! Each chapter contains an exercise routine and recipe relevant to its subject. Along with advice from stunning-looking women from around the world, Helena Frith Powell describes one woman's battle with time, using humour, sensible advice and the odd glass of champagne as the most potent weapons in the fight to stay sane during the hideous journey into old age. Smart Women Don’t Get Wrinkles: Look and Feel Ten Years Younger Without Breaking the Bank (hb, £12.99, 978 1783340606) is available now. 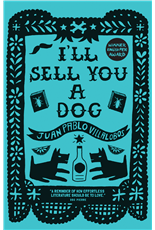 Donald Trump seems determined to keep those pesky Mexicans out – but here at Compass we think that they might just be the next literary sensation! The Guardian called the writing of Juan Pablo Villalobos “stylish, scabrous and hugely enjoyable” – he is already something of a cult favourite and I’ll Sell You a Dog which is published by And Other Stories in August should win him many new fans. Its hero (previously a taco seller whose ‘Gringo Dog’ recipe made him famous throughout Mexico City) is an old man, resident in a retirement home and fending off boredom. Plagued by the literary salon that bumps about his building’s lobby and haunted by the self-pitying ghost of a neglected artist, he can’t help but misbehave... This affectionate take-down of artistic pretension and irreverent look at old age will resonate with anyone who has ever been involved with creative types. Well, let’s face it that’s all of us who work in this industry – so I’m pleased to say I have 10 early reading copes of I’ll Sell You a Dog which I’m sure any bookseller would thoroughly enjoy! 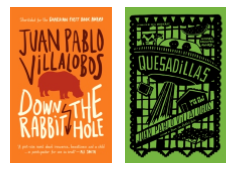 The first 10 of you to email pat@compass-ips.london with Please Send Me A Dog in the subject line will get one!  This novel builds on the success of his previous novels, Down the Rabbit Hole and Quesadillas, which got some great reviews. The cover style for his books is terrific – very eye-catching and he definitely deserves more sales. I’ll Sell you a Dog by Juan Pablo Villalobos (pb, £10.00, 978 1908276742) is published by And Other Stories and you can find out more here. 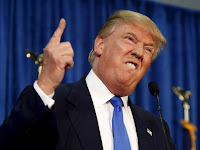 Incidentally, Juan Pablo Villalobos is now living in Spain where he is married with two Mexican-Brazilian-Italian-Catalan children – so he is quite safe from the nutter that might be the next US President. The rest of us can only marvel at his audacity – have a look here for some classic Trump moments! 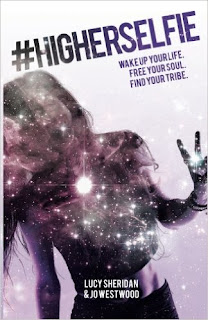 #Higher Selfie has just been featured in Look Magazine (circ. 116,000) with the article saying “#Higher Selfie is a self-help book for the millennial age aiming to help the younger generation get in touch with their spiritual side and find their tribe. What more could you want?” What more indeed! This title was also featured in the Evening Standard last week, as a “must read” and part of a major 2016 trend for life-affirming literature. You can read that piece here. With a no-nonsense approach and pop culture-inspired humour, life coaches Lucy Sheridan and Jo Westwood interpret age-old concepts such as forgiveness, surrender and the ego in the context of a 21st-century lifestyle. In a language accessible to the modern spiritual audience, they also explain how to use timeless wisdom to navigate smoothly through modern life, addressing issues such as how to use social media in a healthy way, handling online trolling, avoiding drama, finding a like-minded bunch of friends and following your own path without comparing yourself to others. Useful stuff; #Higher Selfie (pb, £10.99, 978 1781806678) has just been published by Hay House and you can order it now – this is a book that will definitely appeal to all those fans of books by all those online YouTubers and bloggers – put it on the same table!

On the subject of selfies – here's a five-minute film of the 25 most dangerous selfies ever – come on, you know you want to have a look! 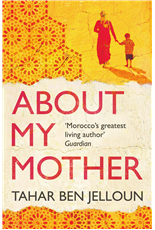 Tahar Ben Jelloun was named recently by the Guardian as “Morocco’s greatest living author”. About My Mother explores the painful realities of living with Alzheimer’s disease and is both a tender portrait of a son’s love for his ailing mother and a powerful account of the subjugation of women in Morocco. As Tahar’s mother’s mind becomes more muddled, she starts to believe that she is in Fez in 1944 – where she grew up – not in Tangier in 2000, where the book begins. During his visits, her son, patiently sits by her side and listens as she summons members of her family who are long dead and quietly yearns for her first and only love. Guided by these fragments, he vividly reimagines his mother’s life in post-war Morocco: married while still playing with dolls; widowed too young; and for whom resignation was the only way out. This novel will appeal to those interested in strong women’s narratives, and who have enjoyed the writings of Elif Safak, Alaa al Aswany and Khaled Hosseini. The Sunday Telegraph said “In any language, in any culture, Tahar Ben Jelloun would be a remarkable novelist” and the TLS called him “an important writer”. About My Mother by Tahar Ben Jelloun (pb, 978 1846592010, £9.99) is published by Telegram in July and you can find out more here.

Love this: 15 ever so slightly odd things all book lovers have done; from our friends at Buzzfeed! 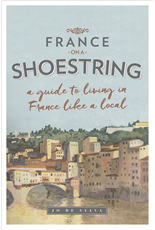 Which one of us during this bollock-freezing spring hasn’t dreamt setting up home somewhere a great deal warmer, preferably with boundless food and culture? That’s exactly what former BBC presenter Jo de Sylva and her young son did, buying and renovating a stunning home in the south of France. For all those dreaming of moving; France on a Shoestring: A Guide to Living in France Like a Local is full of brilliant, practical advice, cheats and insider knowledge on how to live the good life on a limited budget. Covering travel, shopping for food and wine, clothes, furniture and other essentials, eating in or out, entertaining kids, accessing health services, and many other aspects of daily life; France on a Shoestring is a fully illustrated companion that will soon have you living like a local. France on a Shoestring by Jo de Sylva (pb, £10.99, 978 1910449974) is published by Freight in August. It is a beautifully produced paperback, with a gorgeous evocative cover, flaps and charming illustrations throughout, and you can find out more here.

That’s all for now folks! Have a brilliant bank holiday! More next week!
This newsletter is sent weekly to over 700 booksellers as well as publishers and publicists. If you would like to order any of the titles mentioned, then click here  or talk to your Compass Sales representative.
Posted by Compass Rose at Friday, April 29, 2016