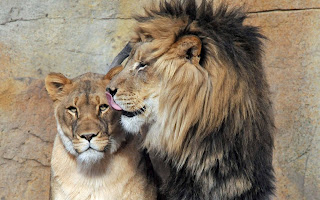 Who saw the lovely documentary on Channel 4 this week about Virginia McKenna and her animal conservation work? You can watch it here. McKenna has been campaigning for wildlife causes ever since the 1966 release of the film Born Free in which she and her husband depicted the story of conservationists George and Joy Adamson and their reintroduction of Elsa the orphaned lion cub to the wild. 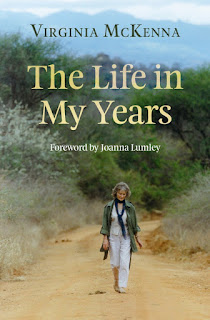 Her autobiography, The Life in my Years, is available in paperback from Oberon and well worth stocking since its call to respect nature and all that it provides has never been more pertinent: there were 200,000 lions in the wild when Born Free was made and there are now just 20,000. With a foreword by Joanna Lumley, this inspirational book will inspire anyone who cares about the future of the planet and all the animals dependent on it. This year marks fifty years since the original release of Born Free, and the new documentary has certainly highlighted McKenna’s work. The Life in My Years (pb, £12.99, 978 1849430357) by Virginia McKenna is available now and you can read a review of the documentary in the Guardian here.


And let’s remind ourselves here of the final moments of the original film – and its famous soundtrack! 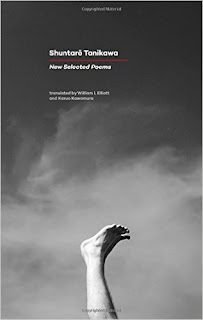 And by Shuntarō Tanikawa from New Selected Poems (pb,£12.99, 978 1784100681) published by Carcanet was the Guardian Poem of the Week which you can read here. The also piece featured much praise for Tanikawa, one of the most inventive modern Japanese poets: “One poem can’t tell us nearly enough about this brilliant and versatile writer.”

An interesting article here  in the Literary Hub about the effect of prizes such as the Man Booker on the fortunes of independent publishers – it features the many small British indie presses whose books have recently made it to prestigious shortlists including the fabulous And Other Stories. 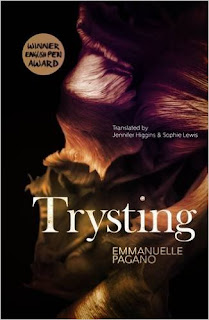 Talking of And Other Stories; there is a  lovely online review for Trysting (pb, £8.99, 978 1908276766) by Emmanuelle Pagano (published on 17 November) describing it as “a unique literary experience.” As reviewer Melissa Beck writes: “Trysting is one of those rare books that defy description it in any sort of a review.  At its core, Pagano’s book presents us with a series of writings in various lengths that deal with the human experience of love … can be read like a collection of poetry, slowly, a little bit at a time when one has quiet and the mood strikes.” You can read the whole piece here.  Emmanuelle Pagano has won the EU Prize for Literature among many other literary awards, and this title has already had dazzling reviews in Europe as well as major enthusiasm from bloggers, eg: “Trysting is now my favourite book I've read so far this year. It's a whole series of vignettes of people falling in or out of love, and the little imperfections and idiosyncrasies that make up intimacy.” There is a confirmed review for Trysting coming in the Guardian shortly, and we are also expecting one in the Telegraph. 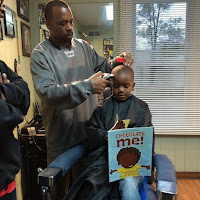 I love this story from the Huffington Post – a hairdresser in the US who gives a discount to any child who will read aloud while their hair is being cut! Brilliant! 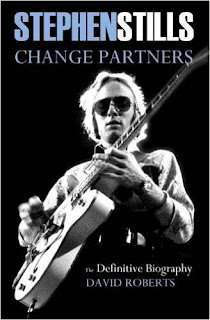 Crosby, Stills & Nash, the American-British folk rock supergroup made up of David Crosby, Stephen Stills, and Graham Nash are famous for their intricate vocal harmonies, often tumultuous interpersonal relationships, political activism, and their lasting influence on US music and culture. Somewhat surprisingly, there has never been a biography of Stephen Stills – he is one of the last remaining music legends from the rock era without one. All that is set to change with the publication next week of Stephen Stills: Change Partners: The Definitive Biography 2016 by David Roberts (hb, £20.00. 978 1911346005). During his six-decade career, Stephen Stills has played with all the greats. His career sky-rocketed when Crosby, Stills & Nash played only their second gig together at Woodstock in 1969 and he is the only person to have been inducted twice in one night into The Rock and Roll Hall of Fame. Throughout 2016 Stephen Stills has been on tour with his new blues/rock trio The Rides; he has thousands of fans, and there will definitely be a strong demand for this biog which is published by Red Planet.


Let’s have listen to one of my favourites – Crosby, Stills & Nash playing Marrakesh Express live in 2000.

Which author said “The man is as useless as nipples on a breastplate”? Very good, you’re quite right it was indeed George R.R. Martin. Have a look here for a great list of some more of the most savage insults in literature! 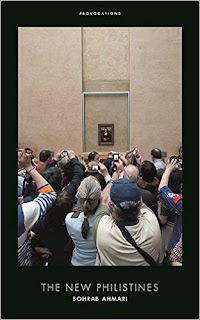 A couple of Biteback titles are getting some terrific publicity at the moment.  It’s been a very good week for The New Philistines (pb, £10.00, 978 1785901270) with the furore surrounding the ousting of Emma Rice at Shakespeare’s Globe providing timely material for Sohrab Ahmari to link to his new title (which is published in the Provocations) on Newsnight, and in pieces in The Spectator and Prospect magazine. Sohrab Ahmari's book is a passionate cri de coeur against what he sees as our abandonment of the quest for truth, freedom and the sacred in order to make to make room for identity politics. He believes that contemporary art is obsessed with the politics of identity and that if you visit any gallery, museum or theatre, the chances are the art on offer will be principally concerned with race, gender, sexuality, power and privilege. Commentary Magazine said: “Sohrab Ahmari’s polemic against the contemporary art world is angry, witty, uncompromising, and utterly unanswerable ... Tremendously entertaining and thought-provoking” while The New Criterion called it “a spirited examination of how identity politics has infiltrated and perverted art in contemporary society. This book should be available at every art museum, art gallery, and avant-garde performance space.”

Do keep an eye out, too, for The Bad Boys of Brexit:  Tales of Mischief, Mayhem & Guerrilla Warfare in the EU Referendum Campaign by Arron Banks (hb, £18.99, 978 1785901829). There has already been an excellent piece about it on The Spectator Blog and it is being serialised in this weekend’s Daily Mail. 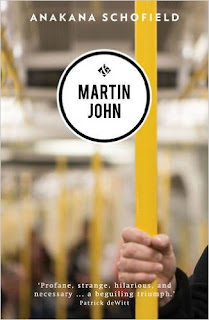 Anakana Schofield will be on Radio 4’s Woman's Hour on 7 November, talking to Jane Garvey about her novel Martin John. There’s lots more good publicity to come for this brilliant exploration of a man's long slide into deviancy: since its shortlisting for the Goldsmiths Prize (announced 9 November); Martin John has been confirmed as the Irish Times Book Club choice for November. This involves a live event (taking place on 2 November in Dublin), a popular podcast, and a whole month of coverage on the Irish Times website with confirmed contributions from Booker Prize judge Jon Day, novelist Megan Bradbury, booksellers from Charlie Byrne's Bookshop, a forensic psychiatrist, and much more! Additionally, Anakana Schofield will be interviewed for the New Statesman, as well as appearing on The Guardian Books Podcast and Monocle24 Radio. Martin John (pb, 978 1908276667, £10.00) is published by And Other Stories. 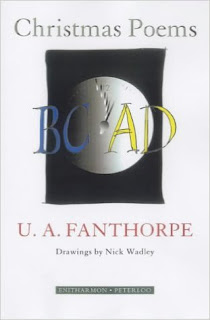 And to finish with – there are some bestselling seasonal titles which may not be new – but which certainly deserve a place in every bookshop. Such a book is Christmas Poems by U A Fanthorpe. These witty, quirky and thought-provoking poems cover a broad range of seasonal characters, from angels to personified Christmas trees, and a variety of styles to match, from moments of beautiful lyricism to the comically touching Gloucestershire foxes begging baby Jesus to visit: “Come live wi we under Westridge / Where the huntin folk be few”. Fanthorpe is witty and highly original, rethinking the Christmas story from quirky angles, to create her own alternative Christmas legend from the cat and the sheep-dog left out of the stable, to the wicked fairy's gifts for Jesus. Above all, these poems are celebrations of Christmas joy and love. 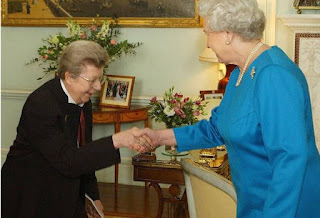 An online review sums up the appeal of this title: “If you love or hate Christmas, believe or disbelieve passionately, or simply value short, pithy poems, this book will surely be a treasure for you. It's funny, irreverent and godly all at once. Can be given to the aged aunt or the stroppy brat in the sure knowledge that it will make both chuckle and feel it was written for them. I have bought three copies (and no, I don't know the author!)” With drawings by Nick Wadley, Christmas Poems (£9.99, pb, 978 1900564137) really is the ideal stocking filler – whether it’s by the till or on your gift table. It is published by Enitharmon Press.


Compass is on Twitter! Follow us @CompassIPS. Our tweets from this week are taken from the hilarious #TrumpBookReport: If Donald Trump Explained Literary Classics…


Sam Tett ‏@SamTett The problem with Narnia - which is a disaster by the way - is OPEN BORDERS. Just letting people POUR in through the wardrobe.


Simon Spanton ‏@SimonGuy64 No one has more respect for this white whale than me. Believe me.


Olle Svalander ‏@OlleSvalander The man was old. Very old. No stamina. And the sea. The sea is huge.


Beth Pandolpho ‏@bethpando You don't understand a person until you see things from his point of view. Wrong, Atticus. I have the best point of view.


Dave Harned ‏@davi3blu3 I'm calling for a total shutdown of Wild Things entering the US until our people can figure out Where the Wild Things Are.


Andrew Craft ‏@acraft Would it be such a bad idea if we got along with Voldemort? He's tough. So tough, really. And he's been very good to me.


P to the Such ‏@PeterSucher The Wind? Gone! A total disaster. Scarlett O'Hara: a 5 at best. And that war? I was against it from the beginning.


David Futrelle ‏@DavidFutrelle I just start catching them. I just catch, I don't wait. And when you're a star, they let you do it. Grab them in the rye


NastyJill Weinberger ‏@jillybobww I tell you: if I had written this book, there'd've been way more than two cities. I'd've had four, five cities at least.


Kaavya Ramesh ‏@KaavyaMRamesh Achilles. What a failure. Weak heels. Only I can take Troy. And I do not have weak heels. My heels are so good. Believe me.


Morgan Cikowski ‏@Morgans Winnie the Pooh...don't get me started. Low energy. Lazy. Overweight and no stamina. Always eating. He should be drug tested.

This blog is taken from an e-newsletter which is sent weekly to over 700 booksellers as well as publishers and publicists. If you would like to order any of the titles mentioned, then please talk to your Compass Sales Manager, or call the office on 020 8326 5696.
Posted by Compass Rose at Friday, October 28, 2016