Hello booksellers, this week we are bringing you a special Compass Points, which features some of the highlights from 2017 - ideal for your seasonal book tables and windows! You’ll need to see how gorgeous they look, so go to:www.compasspointsnews.blogspot.co.uk where you can see all the jackets. And just to make you extra merry, we’re giving you an early Christmas present! You can receive an extra 5% discount on any of these titles, by contacting your local Area Sales Manager and quoting XMAS17. If you don’t see a Compass Manager, then please contact Nuala at Compass Towers on 020 8326 5696 or nuala@compass-ips.london to place an order.  Merry Christmas everyone! 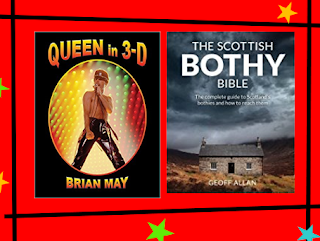 The sales of these two titles have been stratospheric this year – thanks very much to all the shops that have supported them! And there’s still plenty of time to get some extra Christmas sales! Queen in 3D (978 0957424685, hb, £50.00) from the London Stereoscopic Company is a unique collection of original, highly personal snapshots of the legendary rock group; the first book ever to be published about the by a member of the band and certainly the first book of its kind in the world. The Bothy Bible (978 1910636107, pb, £16.99) from Wild Things has been a Waterstone’s Book of the Month, and there has been huge praise for this lovely book which reveals the country’s unique and often hidden network of bothy cabins and mountain huts in jaw-droppingly beautiful landscapes. I am LOVING the juxtaposition of Freddy Mercury with Scottish bothies, which somehow seems to sum up everything that is diverse and wonderful about our fabulous independent publishers! 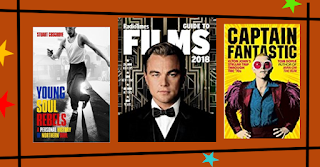 Will ye take a wee dram…?
Booze and Christmas. They go together like the new John Lewis ad and a box of tissues, Father Christmas and Coca Cola – well you get the general idea. Here are four of the best drinks-related gift books. Whiskies Galore (978 1780274423, hb, £16.99) is a personal journey of discovery and adventure around Scotland’s best island distilleries by expert Ian Buxton and the Pocket Guide to Whisky by Blair Bowman (978 1780274324, pb, £7.99), also from Birlinn does exactly what it says on the tin (or should that be bottle) in a way that is both informative and entertaining. Sticking with a whisky theme is The Great Drams of Scotland: A Conversational Meander Through the Rich History of Scotch Whisky and the Brands That Have Brought it to Life (978 1910453346, hb, £20.00) which shows that the art of storytelling is alive and well in the hands of Greg Dillon as he brings his take on well-chosen whisky tales from the past and present, separating the facts from the fiction. His love of whisky drips through every chapter, and is authentic, incisive and entertaining. That’s from Red Door. And Twentieth Century Pub: From Beer House to Booze Bunker (978 0957278721, pb, £16.99) published by Homewood Press is a culmination of more than a decade looking and thinking about pubs of all kinds. With a huge current interest in craft beer and pubs, this is timely reflection on the various different guises of the English pub from early working pubs, the architecturally modern pubs of the 1950s and 60s, to mock-Tudor roadside inns, corner locals and 1980s theme pubs! Jessica Boak and Ray Bailey, award-winning beer writers and bloggers, have their own inimitable and informative writing style which they bring to this highly entertaining paperback.

Current Affairs
What a year of turmoil it’s been! And what better way to try and make sense of it all than with these timely titles. In an age of fake news and post-truth politics these highly readable book fight back with research, accuracy and analysis. Protest Stories of Resistance (978 1905583737, hb, £14.99) assembles twenty authors to re-imagine key moments of British protest, from the Peasants Revolt of 1381 to the anti-Iraq War demo of 2003 from Comma Press. In Darkness Over Germany (978 1911350194, pb, £15.00) first published in 1943, and now from Arcadia; Amy Buller recounts the hopes and fears of Germans engulfed in the rise of fascism during the 1930s. The Sun Tyrant (978 1785902215, pb, £12.99) from Biteback uncovers the oddities and tragedies at the heart of the world's most secretive regime – North Korea; and Memphis 67: The Tragedy of Southern Soul (978 1846973734; hb, £16.99) is the second title in Stuart Cosgrove’s brilliant Soul Trilogy and follows the fortunes of both the music and the civil rights movement fifty years ago.

Biographies
The ideal titles to curl up with over the festive season as I’m sure I’m not the only person to find that reading about someone else’s life is an excellent way to escape from your own relations! Our top four recommendations are: Appointment in Arezzo (978 1846973758, hb, 12.99) in which Alan Taylor writes about his lifelong friendship with Muriel Spark which is just out from Polygon. Shouting in the Street by Donald Trelford (978 1785902529, hb, £25.00): The Adventures and Misadventures of a Fleet Street Survivor – that one’s from Biteback. Into the Mountain: The Life of Nan Shepherd (978 1903385562, hb, £20.00), is Charlotte Peacock’s enlightening biography of this elusive and important writer, published by Galileo. The Man who was George Smiley (978 1785902970, pb, £9.99) by Michael Jago published by Biteback is the first full-length biography tracing the life of the remarkable investigator, interrogator and agent runner who was the inspiration for John le Carré's perfect spy. 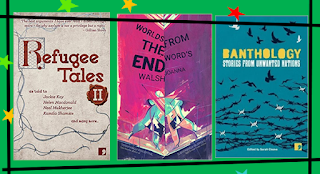 Short Story Collections
This genre is very definitely on the up in 2017 – and a collection of brilliant stories makes an ideal gift as well as the perfect title to dip and out of during the holiday season. Here are three of the best collections: Worlds from the Words End (978 1911508106, pb, £8.99) cements Joanna Walsh's reputation as one of the sharpest writers of this century. Wearing her learning lightly, her stories make us see the world afresh while showing us she has read the world. It’s published by And Other Stories. Banthology (978 1910974360, pb, £9.99) is an urgent and timely collection bringing together seven specially commissioned stories from the so-called banned nations: Iran, Iraq, Libya, Syria, Somalia, Sudan and Yemen. Written in response to Trump’s ban, it showcases new works by previously un-platformed writers, exploring the emotional and personal impact of all restrictions on movement. Refuge Tales 2 (978 1910974308, pb, £9.99) which is also published by Comma is the second volume of stories which set out to communicate the experiences of those who, having sought asylum in the UK, find themselves indefinitely detained. Here, poets and novelists create a space in which stories that are routinely discredited, disrupted and disbelieved can instead be safely heard and welcomed. 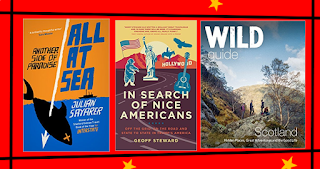 Travel
Curling up with some really good travel writing is one of the great joys for the armchair adventurer. Here are three very different titles – which all share an enthusiasm for discovering somewhere new. All at Sea: Another Side of Paradise (978 1911350231, pb, £9.99) is the new book from Arcadia from Julian Sayarer who won the Stamfords Travel Book of the Year for Interstate.  This book begins on the small island of Surin, near the naval border of Thailand and Myanmar, where an indigenous people known as Moken 'sea gypsies' struggle to maintain the same timeless existence as their ancestors. As real estate developers, oil exploration and industrial tourism reshape the waters they call home, Sayarer receives a mysterious offer from an idealistic Luxembourger determined to tell a tale of the Moken on film, and in search of a writer to detail the efforts of his motley crew… In Search of Nice Americans (978 1785902635, pb, £12.99) goes off-grid, on the road and state to state in Trump's America in the company of Geoff Steward, who with his blend of waspish wit and mischievous charm, takes you on an affectionate travel romp! Journeying coast-to-coast across the US with Steward might just remind you that, despite the post-Trump hysteria, there are many normal and decent Americans out there. That one’s from Biteback. And finally, The Wild Guide to Scotland (978 1910636121, pb, £16.99) guides you to over 800 wild swims, ancient forests, lost ruins and hidden beaches, including inns, wild camping, local crafts, artisan whisky distilleries and wild places to stay – all with the most stunning photography. This is the ultimate adventure to be had from the comfort of the sofa!

Poetry
And relax. Poetry must surely be the best way to reduce the Christmas chaos. Here are three of our favourites to give as gifts, all with a natural theme. Fugitive Colours (978 1846973864, hb, £12.99) by Liz Lochhead is a stunning new assortment which marks the end of Liz’s term as Scotland's Poet Laureate. This collection is beautiful, sensitive and brilliant, and it’s published by Birlinn. Zoology (978 1784102166, £9.99) is Gillian Clarke's ninth Carcanet collection, following her T. S. Eliot Prize-shortlisted Ice. The collection opens with a glimpse of hare, whose “heartbeat halts at the edge of the lawn”, holding us “in the planet of its stare” and the title delves into a whole well of memories drawing us into the Welsh landscape of the poet's childhood and the richness of nature. Edward Thomas: A Miscellany (978 1903385609, pb, £9.99) by Anna Stenning is published by Galileo in one of their lovely Rucksack editions which are attractively designed and intended to stand up to the rigours of being taken with the reader into the great outdoors. This is a lovely anthology of Edward Thomas's writings in both prose and verse, judiciously arranged by themes such as 'Footpaths & Roads', 'The Historic Landscape', 'Seasons & Weather', in a way which guides the reader skilfully through the range of his evocative and beautiful writing. 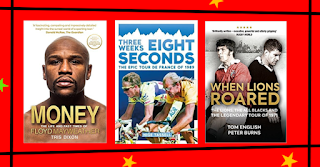 Sport
Not many of us have got much enthusiasm for exercise over the Christmas break – but plenty of us enjoy curling up in an armchair reading about other people working up a sweat! Arena Sport have plenty to enjoy here, but here are three of the best. Three Weeks Eight Seconds: The Epic Tour de France of 1989 (978 1909715530, £14.99) by Nige Tassel brings one of cycling's most astonishing stories to life, examining that extraordinary race in all its multi-faceted glory, with fresh first-hand testimony from riders, team bosses, commentators, journalists and family members. Money: The Life and Fast Times of Floyd Mayweather (978 1909715578, pb, £9.99) is the remarkable story of one man’s ascent from unbelievably bleak origins to become the highest-paid sportsman on the planet. It is a story of greed, arrogance, abuse, extraordinary boxing ability and unrivalled ambition and Tris Dixon explores it all in a searing, insightful and often brutal exposé of one of the greatest athletes the world has ever seen. When Lions Roared: The Lions, the All Blacks and the Legendary Tour of 1971 (978 1909715523, hb, £17.99) by Tom English and Peter Burns delves into the very heart of that famous summer as Lions, All Blacks and provincial players recount their memories to bring to life one of the most celebrated tours in rugby history - one that changed the game forever and continues to resonate powerfully to this day.

Remember – you can get an extra 5% discount on any of these titles, by contacting your local Area Sales Manager or Nuala and quoting XMAS17.


And finally – it must be Christmas because here's  the John Lewis ad! What do you think? Normal Compass Points will be back next week!