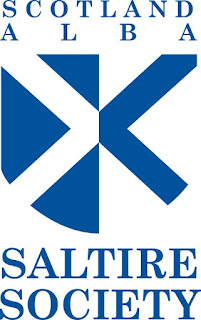 Many congratulations to Edinburgh University Press, Historic Environment Scotland, Saqi and Birlinn, who all feature on the shortlists for the 2018 Saltire Literary Awards which were revealed at an event hosted at Waterstones in Edinburgh on Monday evening. The winners of all the awards will be formally announced on 30th November. You can find out more and see the full shortlists on the Saltire website here. Leila Aboulela's wonderful Elsewhere, Home; published by Saqi, a collection of short stories that draws the reader into the lives of immigrants at home and abroad as they forge new identities and reshape old ones is up for the Scottish Fiction Book of the Year while two Birlinn titles are up for Scottish Non-Fiction Book of the Year. Alan Taylor's Appointment in Arezzo, a memoir of encounters and letter exchanges with Muriel Spark, published to celebrate the 100th anniversary of her birth; and Angus Roxburgh's Moscow Calling which is a memoir from the former correspondent and media consultant to Putin's Kremlin. Up for the Scottish Research Book of the Year Award is Early Cinema in Scotland, a fascinating collection of essays by John Caughie, Trevor Griffiths and María A. Vélez-Serna, published by Edinburgh University Press. Cairns Craig's The Wealth of the Nation: Scotland, Culture and Independence (Edinburgh University Press), a study of how Scottish culture defined itself within the British Empire and Les Wilson's The Drowned and the Saved (Birlinn), telling of two ships carrying American soldiers were sunk off the coast of Islay in 1918, are both up for the Scottish History Book of the Year. And finally – best of luck to Birlinn, and Historic Environment Scotland who are both up for Scottish Publisher of the Year – Birlinn being the reigning champions of course! 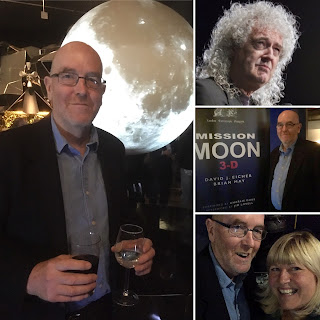 Compass Points was off to the Science Museum this week for the supersonic launch of Mission Moon 3-D (hb, £30, 978 1999667405). Brian May and David Eicher blasted off this hardback in great style with a riveting presentation of the astonishing 3D pics from the book, some stellar moon cocktails and a Skype interview with Apollo 16 Moonwalker Charlie Duke (who’s written the foreword) from his home in the US. I think everyone found the Q&A with him very exciting, and indeed moving. For those of us not fortunate enough to have been to the moon (and only twelve have, only four are still alive) he confirmed that the 3D pics “are amazing and give a good approximation of what it’s really like to be there.” Earlier the same day I had heard Brian May and David Eicher give a barnstorming promotion for the book to Craig Charles on the Big Show on Radio 2. This show has eight million listeners – and I defy anyone who heard Brian and Craig talking enthusiastically about it “the book is fascinating, it’s brilliant, it’s so well produced” not to have immediately wanted to rush out and buy it! You can listen to that interview here, it’s 2hrs 26 mins in. 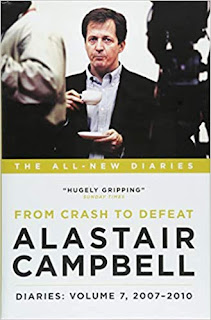 I caught Alastair Campbell talking on the Jeremy Vine programme about the latest volume of his diaries - very interesting! His story has now reached one those memorable moments that many of us remember very well! Having succeeded Tony Blair as Prime Minister, Gordon Brown wants Campbell at his side, but Campbell resists as a general election looms and Brown's indecision and fluctuating moods suggest the Labour administration is seriously threatened by the Tory posh boy, David Cameron. The intensity of the months leading up to 6 May 2010 is as dramatic as any screenplay, with Campbell chronicling Brown's struggle to win over a disillusioned nation and then his dignified departure from the main stage. Who remembers “bigot-gate” – you can remind yourselves here! Campbell is all over the airwaves at the moment, championing the People’s vote – which shouldn’t do the sales of Volume 7: From Crash to Defeat, 2007 – 2010 (£25, hb, 978 1785900853) just out from Biteback any harm at all! 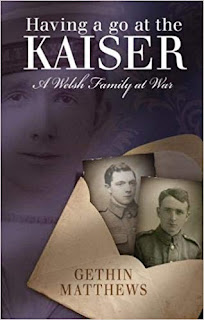 A very moving piece in the Mail here about some heart-wrenching letters sent to the grieving parents of three brothers killed in the First World War which have just been sold at auction to the National Trust for £1,200.This reminds me to tell you about Having a Go at the Kaiser: A Welsh Family at War (£14.99, pb, 978 1786833471) by Gethin Matthews which is published in November by University of Wales Press. This book is based on more than a hundred letters sent home by three Swansea soldier brothers during 1916–18. Richard, Gabriel and Ivor’s letters written to different members of their family allow us to build an extraordinary picture of what the brothers thought on a range of different issues and of how their beliefs and ideas evolved. Full of sibling rivalry and affection, and dealing with such issues as identity, masculinity and duty, this is a detailed and fascinating collection. 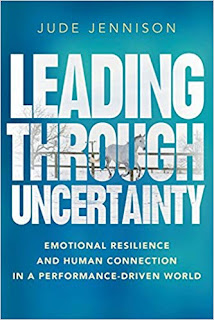 I think we can all agree that we live in highly uncertain times at present – and for those in business, the future looks especially undefined. The book they need is Leading Through Uncertainty: Emotional Resilience and Human Connection in a Performance-Driven World (£17.99, pb, 978 1788600194), of which Professional Manager magazine has just declared “If you only read one management book in the near future, let this be it.” The rapid advancement of technology has fuelled fast-paced change in business, creating a high-performance culture that requires leaders to be resilient and agile. But the increased level of insecurity and an ever-expanding workload often create stress and fear. Leadership expert Jude Jennison overcame her fear of horses six months before she bought her first one and the process of overcoming those fears and the lesson she learned about leadership are the subject of this refreshing management book. This is a call to return to the core of humanity to find the natural human characteristics of communication, connection, compassion and community. As Professional Manager went on to say “Jennison’s work is a tribute to partnership…let your eyes be opened and see if you can overcome your own fears.” It’s out now from Practical Inspiration. 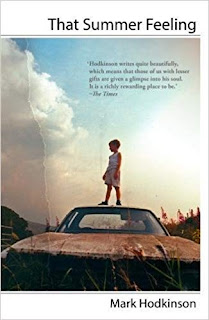 A good review for That Summer Feeling by Mark Hodkinson (pb, £9.99, 978 1904590323), in The Crack magazine here “I like books that ramble on, that are like someone talking to you or you’re hearing thoughts. When I meet someone or just see them around I always think: what are you like? What’s happened to you?” That’s the 20-something hero of Mark Hodkinson’s latest explaining to the tutor of his creative writing course what sort of books he likes. It would be a fitting description for this 2004-set novel, although any rambling on is done in the most amiable way.” It goes on to compare Mark’s novel to Billy Liar – “engaging” and “sharply intelligent”. 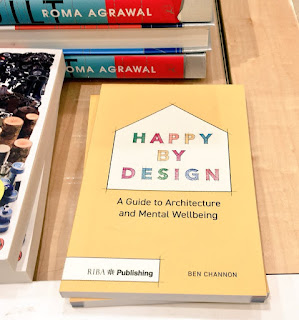 Super to see Happy By Design (978 1859468784, £20, pb) by Ben Channon included in a promotion by the Welcome Trust entitled Living With Buildings. This is a fantastic little book exploring the links between happiness and architecture. Given that we spend over 80% of our time in buildings, shouldn't we have a better understanding of how they make us feel? This book explores the ways in which buildings, spaces and cities affect our moods and reveals how architecture and design can make us happy and support mental health, and explains how poor design can have the opposite effect. Presented through a series of easy-to-understand design tips and accompanied by beautiful diagrams and illustrations, Happy by Design is a great resource for architects, designers and students, or for anybody who would like to better understand the relationship between buildings and joy. It’s just been published by RIBA. 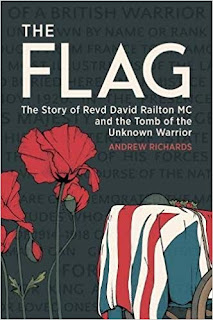 The Flag: The Story of Revd David Railton MC and the Tomb of the Unknown Warrior (hb, £20, 978 1612004471) is set to be the Book of the Month in December for the magazine Britain at War. Reverend Railton served as a chaplain on the Western Front during World War. He supported the soldiers in their worst moments, he buried the fallen, comforted the wounded, wrote to the families of the missing and killed, and helped the survivors. He also received the Military Cross for rescuing an officer and two men under heavy fire on the Somme. It was Railton’s idea to bring home the body of an unidentified fallen comrade from the battlefields to be buried in Westminster Abbey, and on Armistice Day 1920, his flag covered the coffin as the Unknown Warrior was laid to rest with full honours. This is the first book to explore David Railton’s life and war, drawing on his letters and unpublished papers. It’s published by Casemate. 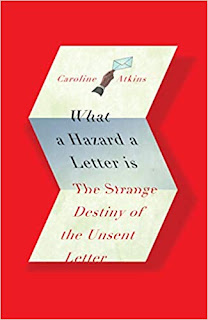 There was a great, big, really enthusiastic review from Bel Mooney of What a Hazard a Letter Is (£14.99, hb, 978 0993291173) in the Daily Mail this week! “Caroline Atkins delves through history and literature to uncover a series of unsent letters written by notable individuals including Virginia Woolf, Beethoven and John F. Kennedy … Unsent letters provide essential devices in fiction, as well as being part of the tragedy of life … a gloriously varied collection…fascinating…intriguing.” You can read the whole piece here, it really is a superb bit of publicity for this book which has just been published by Safe Haven. 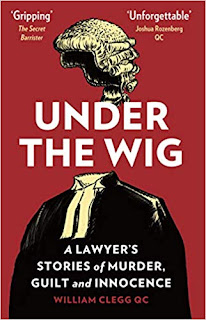 A lovely review in Sunday Express for Under The Wig ((hb, £16.99, 978 1912454082); "an eloquent and riveting memoir by one of this country's leading murder case defence lawyers. William Clegg revisits some of his most notions cases, from the acquittal of Colin Stagg for the murder of Rachel Nickell to his defence of the first Nazi war criminal to be tried in Britain, and the burglar given a life sentence because of an ear print." Canbury Press have already sold out of the first print run of this title and its only just been published! The reprint has just arrived and I suggest you order it pronto, as all the reviews have been terrific (“Gripping” The Times, “Fascinating” The Secret Barrister) and it’s the ideal Christmas crime read!

This weekly blog is written for the UK book trade. If you would like to order any of the titles mentioned, then please talk to your Compass Sales Manager, or call the Compass office on 020 8326 5696. Every Friday an e-newsletter containing highlights from the blog is sent out to over 700 booksellers – and if you’d like to receive this then please contact nuala@compass-ips.london