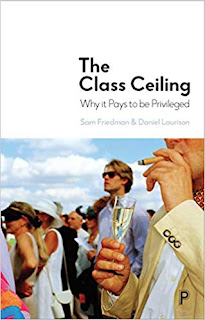 Politicians continually tell us that anyone can get ahead. But is that really true? The Class Ceiling: Why It Pays to be Privileged (£19.99, hb, 978 1447336068) by Sam Friedman and Daniel Laurison is a shocking and vitally important book which takes readers behind the closed doors of elite employers to reveal how class affects who gets to the top, showing that a powerful class pay gap exists in Britain’s elite occupations. Even when those from working-class backgrounds make it into prestigious jobs, they earn, on average, 16% less than colleagues from privileged backgrounds. Drawing on 175 interviews across four case studies (television, accountancy, architecture, and acting) they explore the complex barriers facing the upwardly mobile. Eye-catching stats from the book include the facts that children of doctors are twenty-four times more likely to go into medicine, children of lawyers are seventeen times more likely to go into law and children of those in film and TV are twelve times more likely to go into the media. There has been a LOT of publicity already for the book with more to come, the authors will be on Radio 4’s Beyond Today this Friday, interviewed for Going Underground RT on Monday and writing The Long Read in the Guardian for Tuesday; here's a big review in this week’s Guardian. You can also read 10 ways to break the class ceiling on the Policy Press blog, Better to smash the class ceiling than rage at it in the Times, Children of doctors and lawyers up to 24 times more likely to get top jobs in iNews, Doctors' children are 24 times more likely than their peers to enter the medical profession themselves in Mail Online, Double ‘pay penalty’ for working-class women in elite occupations in Personnel Today and The performance of merit: hidden barriers to professional success. Channel 4 were the TV company used in the case-study on privilege and broadcasting and have since ‘outed’ themselves and are committed to putting in policy change. This is a fascinating piece about that. The book was launched this week at the London School of Economics, where Pages of Hackney sold out of the 50 copies they had and could have sold many more – the event was full up and people were being turned away; as the LSE tweeted: “it shows how vital sociology is to public debate!” This is an ambitious book which is making a huge impact – so please do get behind it and help make a difference! You can find out more about all the studies behind the book on www.classceiling.org 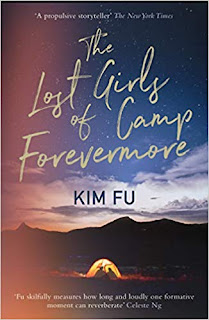 A group of young girls set off from Camp Forevermore, a sleepaway camp in the American Pacific Northwest, for an overnight kayaking trip to a nearby island. But before the night is over, they find themselves stranded, with no adults to help them survive or guide them home. The Lost Girls of Camp Forevermore (£8.99, pb, 978 1789550153) by Kim Fu follows these five girls through and beyond this fateful trip, to the women the survivors become. This title has been a New York Times bestselling pick and the UK edition is out from Legend on 15th February. If this sounds a bit like a title by Celeste Ng – well, she’s a fan saying “Kim Fu skilfully measures how long and loudly one formative moment can reverberate.” Publishers Weekly wrote “Fu precisely renders the banal humiliations of childhood, the chilling steps humans take to survive, and the way time warps memory.” 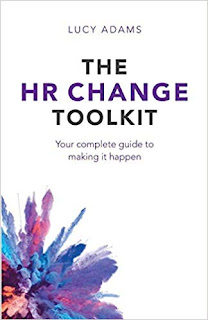 Lucy Adams is on a mission to help organisations bring their human resources departments into the 21st century and aims to provoke the HR community into creating new ways to support businesses in today’s complex. She was HR director at the BBC during one of its most turbulent periods, witnessing four director generals come and go and coped with numerous crises, including executive payoffs and the Savile scandal: she also reduced the corporation’s management by over 30%. Now she has created a handbook showing HR professionals exactly how to step back from their old assumptions about motivating people and to see more creative and effective ways of engaging employees. The HR Change Toolkit (£14.99, pb, 978 1788600439) has only just been published but is already selling like a train and there’s plenty of PR coming too. Lucy has many regular national and international speaking engagements at corporates and conferences, there’s an interview on That HR Podcast, reviews in HR Director, HR News, HR Magazine and Professional Manager, a feature in Training Magazine and two extracts in People Management. Her previous title HR Disrupted (978 1910056509) was a bestseller for Practical Inspiration and it looks as if this will be too!

And if you’d like a masterclass in how NOT to do HR – then look no further than these gems from David Brent! 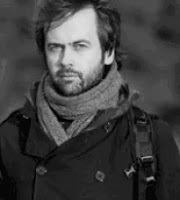 Comma were in the news this week, with their CEO Ra Page talking about the increasing visa problems for writers coming to the UK, as well as travelling overseas saying “Certain writers are allowed to attend our festivals and certain writers are not.” You can read him in the Bookseller here and listen to him on North Manchester FM here. 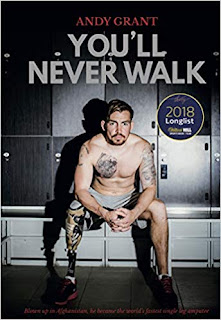 De Coubertin’s bestseller You’ll Never Walk (pb, £8.99, 978 1909245815) which has just been published in paperback, continues to get plenty of media coverage. Andy Grant returned to Bootle to catch up with his old friend Jamie Carragher, ten years after that explosion in Afghanistan changed his life – you can see that on Sky Sports here. Andy also discussed that life-changing incident and his journey afterwards on Emma Barnett’s Eye of the Storm show on BBC Radio Five Live. 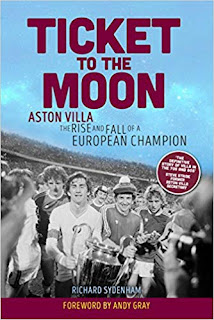 Staying with a footie theme, Richard Sydenham author of Ticket to the Moon: The Rise and Fall of a European Champion (£18.99, hb, 978-1909245761) appeared on the independent Aston Villa podcast My Old Man Said to discuss his book and Villa’s sharp rise and fall in the 1980s. Ahead of Aston Villa’s 2-1 victory over Ipswich, Richard took a look back at 1981 and when both sides were competing for the First Division title in the Birmingham Mail – that’s here.

I’m liking the look of this great event coming up at Blackwell's in Oxford: a wonderful evening of poetry and discussion with three of Carcanet's most prominent poets, Beverley Bie Brahic, Alison Brackenbury and Nina Bogin. The evening will be chaired by Bernard O’Donoghue, who has published six collections of poetry, won the Whitbread Prize and been shortlisted for the TS Eliot. It sounds like a terrific evening and you can find out more about it here. 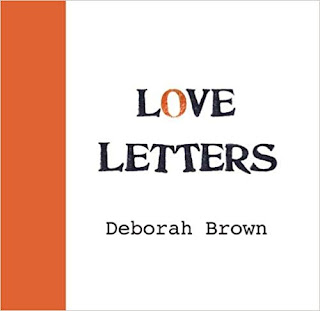 Valentine’s Day is coming up of course, and the perfect gift would be Love Letters (£10, hb, 978-0995647831) This is a picture book for grown-ups which tells a bittersweet tale of the ups and downs of relationships and family life in which “love is an endlessly complicated yet beautiful four-letter word.” You can find out more about this lovely little book by watching this quirky little animation! Deborah Brown has been a portrait and interiors photographer for Vogue, Elle Decoration, the Independent on Sunday, the Sunday Times and The Face. Love Letters will be launched on Wednesday 13th February at the Stoke Newington Bookshop in London; it’s published by Hikari Press. 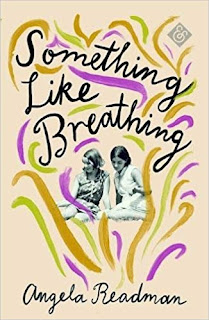 There’s been great coverage for Angela Readman’s debut novel, Something like Breathing (978 1911508304, £10, pb). Featured in the Daily Telegraph's debut fiction leads of early 2019, they said: “Readman's strength lies... in capturing that teenage state of in-betweenness.” The Financial Times declared: “Readman weaves a fascinating and decidedly original fairytale” and in the Irish Times, Sarah Gilmartin wrote: “From the wilderness of the setting to seminal moments in the girls’ friendship, Readman captures her subjects with ease and clarity. Something Like Breathing is a charming debut whose young voices beguile from the beginning and impart their lessons with a light touch along the way.” We are expecting further reviews from the Guardian, TLS and Sunday Express. Something Like Breathing has just been published by And Other Stories.

Great piece here in the Bookseller this week about Pluto, who celebrates its 50th anniversary this year. Founded in 1969 by Richard Kuper, Pluto published works by Karl Marx, Frantz Fanon and Noam Chomsky, and was well-known for the striking covers of David Pearson, who has designed the cover for a new edition of The Communist Manifesto as part of the anniversary. It is planning events and “celebratory bookshop takeovers” at some of our favourite indie bookshops including London’s Housmans, Five Leaves in Nottingham and News from Nowhere in Liverpool. Commenting on the anniversary, the publisher says: “50 years is a significant milestone for an independent publisher. It’s worth celebrating that. Our commitment to independence, rigorous standards, and a radical and internationalist mission is stronger than ever.” Happy half century Pluto!