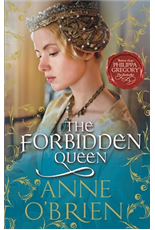 Well today is International Women’s Day so what better place to start than with a tale of a queen who launched the most famous dynasty of all time? The author describes this character as “not an exceptional queen – but a remarkable woman”.  Hmm – how good is your history? We are of course talking about Katherine de Valois. And which historical fiction author do you think was recently described by the Bookseller as “better than Philippa Gregory” and by the Express as someone who “has joined the exclusive club of excellent historical novelists”? The Forbidden Queen by Anne O’Brien is set in 1415 and is the gripping story of Katherine de Valois, who was locked up by her mother, Queen Isabeau, and kept pure as a prize for Henry V. But Henry will take Katherine for nothing less than the glittering French crown itself. For Katherine, a pawn in a ruthless political game, is a lion’s den of greed, avarice and mistrust. And when the magnificent King leaves her widowed at twenty-one she is a prize ripe for the taking. This is a deadly game. The players – Duke of , Edmund Beaufort and Owen Tudor. Who will have her? Who will stop her? The true events described in The Forbidden Queen are more sensational than any fiction and the buzz about Anne O’Brien is definitely building. Her previous title, The King’s Concubine (published last May) has sold 16,000 copies and The Forbidden Queen is just published. She has a website where you can find out more about her here and has recently written a big piece for The Big Issue. If any genre is having “a moment” it is historical fiction – the Hilary Mantel effect has been much talked about – and The Forbidden Queen definitely deserves a place on your shelves – along with Anne O’Brien’s two previous titles The King’s Concubine and Devil’s Consort. You can order them all here.

And if your knowledge of history is looking decidedly shaky – then why not brush up on all the English Kings and Queens, with the help of this handy Horrible Histories song! 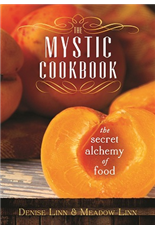 The Mystic Cookbook by Denise Linn and Meadow Linn has just been published. This is a highly original spiritual take on the subject of spirituality and food. The recent popularity of books about mindfulness and eating has proved that there is a strong market for this subject area. Provocative and insightful, this eclectic, inspiring and beautiful book will open your eyes to the remarkable link between nourishment and spiritual awakening. It is filled with ancient wisdom, practical advice, intriguing personal anecdotes, vibrant ceremonies and dishes lavishly illustrated with colour photographs. The Mystic Cookbook brings to life a wealth of recipes and myriad experiences from as far-reaching places as Mexico, Asia, Italy, Thailand, France, Africa and Britain as well as from mystical, legendary and mythic realms. In Denise and Meadow Linn's extraordinary book, we learn little-known secrets about the food we eat such as finding Legendary Meals to Open Your Chakras,  Mystical Meals to Trigger Past-Life Memories, Secret Ancient Traditions to Invite Spirit to Dinner, Time-Traveller Meals and Meals for Transformational Sex. Yum yum! It is getting quite a bit of publicity in the alternative press (which has far more readers than some of you might cynically imagine actually) and has had good reviews this month in Green Parent magazine and Om Yoga magazine.
Order The Mystic Cookbook here. 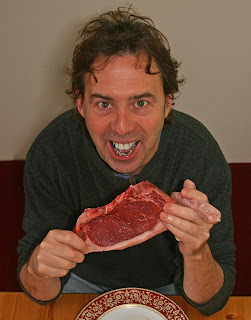 Now, never mind about all of that spiritual refreshment; pomegranates, oysters and the like;  if there’s one food that has not been off the front pages for months and months; it’s meat! Not since the days of mad cow disease have us carnivores been under such fire – first of all it was the horsemeat scandal, and now come the food police’s latest announcement that if you eat a sausage a day you might as well be putting a stick of dynamite in your mouth – programmed to explode just when you least expect it! The Vegetarian Society claim to have had a surge in inquiries since traces of horse DNA were found in burgers and ready meals and 500 people are contacting The Vegan Society every week. But is it possible giving up meat can actually damage your health? John Nicholson spent 26 years eating just brown rice and lentils but he was tormented by irritable bowel syndrome, aching knees and crippling headaches. At a loss, John ditched the diet and started eating meat – and his book about it The Meat Fix: How a Lifetime of Healthy Eating Nearly Killed Me (which came out in January) is getting SO much publicity at the moment it’s untrue! Here’s the HUGE piece in The Sun which was on the front page of their lifestyle section last week, and here’s the major feature in The Independent. 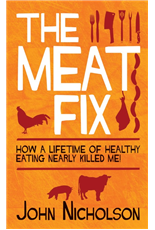 John is convinced that so called HEALTHY eating just isn’t healthy.  When he started eating meat he lost a lot of weight, put on muscle and dropped from a 29 per cent body fat to 14 per cent.  His headaches went away and his libido increased. He writes “It felt like being young again, like coming back to life. But though I felt energised, I was also furious. I should never have stuck to the healthy eating regime for so long. I was also furious with those who should know better, who have been peddling this low-fat high carbohydrate claptrap for so long that no one thinks to question it. has the lowest rate of death from coronary heart disease in , yet the country has the highest consumption of saturated fats. My gran survived into her eighties and grandad into his seventies. Did they achieve this by gobbling low-fat spreads, soya or skimmed milk? No. They ate good old-fashioned foods like butter, lard and beef fat. It’s high time we started questioning this “one size fits all” healthy eating advice we’re all spoon fed.” There will be more and more publicity for this book as John is a terrific writer – and what he has to say is really catching the zeitgeist!
Order The Meat Fix here 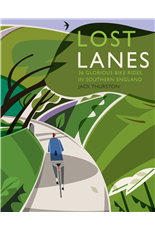 Oh dear – just as the weather looked as if it has got a little bit more spring-like, back come the rain again – or even snow! Never mind, by the time these next two titles are published in April, hopefully the beautiful  British spring will be in full swing, and ready for your customers to enjoy. Lost Lanes: 36 Glorious Bike Rides in Southern England by Jack Thurston (presenter of The Bike Show) takes you on a freewheeling tour of the lost lanes and forgotten byways of southern . Travelling at a leisurely pace, he invites you to explore the English countryside, taking in enchanted woodlands, wild seashores and ancient ways. Part-travelogue, part-photoguide, the book provides full details of his 36 specially selected rides, graded from easy to challenging, and includes route overviews, distances and handmade maps, best pubs and family-friendly tea stops and downloadable instructions as to how to access each ride by train (no car needed!) Each route comes with detailed mapping, plus a file that turns your phone into a cyclist’s satnav, so you need never get lost again. This is a perfect gift for the avid cyclist, the armchair explorer or the family keen to escape by train. Lost Lanes will be co-promoted by The Bike Show, the world’s most listened to cycling show, with half a million podcast downloads per year. There will be features in the Guardian and the Times and promotional partnerships with Sustrans, Sawdays, the National Trust, train operators and CTC – reaching over a million riders. Order Lost Lanes Here. 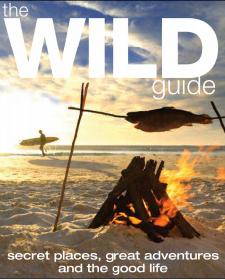 Also coming in April is The Wild Guide: , Great Adventures and the Good Life. This is by Daniel Start; an award-winning travel writer, photographer and environmental consultant – the author of best-selling Wild Swimming. Following the huge success of that title now the adventure continues. Daniel Start takes you to 500 amazing wild locations with 30 weekend itineraries. Featuring magical places to eat and stay, stunning photos and engaging travel writing, this is the perfect book for exploring close to home, planning new adventures with the kids or dreaming up the ultimate romantic weekend escape. There is no doubt that along with cycling; getting “back to nature” and enjoying the many pleasures that wild Britain has to offer is a growing trend, so this title (with its enticing cover) should sell very well!
Order The Wild Guide here.

The Independent Publisher’s Guild Conference was this week, and there were controversial words on the relationship between bookseller and publisher by Biteback publisher Iain Dale – you can read it all about it here.

That’s all for now folks, more next week!
Posted by Compass Rose at Friday, March 08, 2013