Your weekly round up of publishing news, publicity information and trivia! 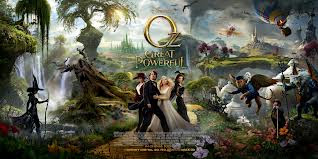 “We’re off to see the wizard, the wonderful wizard of Oz.” Well we all soon will be, because the massive blockbuster film Oz: The Great and Powerful premiered in last week and is set for release in the and on 8 March. A prequel to The Wizard of Oz, it imagines how Oscar Diggs (James Franco), a small-time circus magician with dubious ethics, is hurled away from dusty to the vibrant Land of Oz, and tells the story of how he becomes the infamous Wizard. With Sam Raimi directing and the three witches played Mila Kunis (Theodora), Rachel Weisz (Evanora), and Michelle Williams (Glinda) it is going to draw in huge audiences. You can watch the trailer below it looks spectacular!


I for one will certainly be first in the queue to see it – it looks like a fabulous mash up of in Wonderland, Avatar and the original 1939 Wizard of Oz – and you’re welcome to quote me on that! More relevantly , I predict that families all over the UK will also be rushing to see it – so what better time than to get your Oz window display ready – special prizes are available from the Compass Office for the best recreation of a twister, a hot air balloon or the Emerald City – email us your photos!

You will of course need plenty of copies of The Wonderful Wizard of Oz, The Marvellous Land of Oz, The Emerald City of Oz and Glinda of Oz all by L. Frank Baum and republished by Hesperus in January. Take it from me – the is about to go absolutely bananas for all things Oz, and these titles are the original and best, with really eye catching colour popping new jackets – so order all four titles here.

The plot line of the Oz books is often verging on the miraculous – so that gives me a good (if rather clunky) link to remind you about the newly published  new title from self help queen, Gabrielle Bernstein: May Cause Miracles. Elle magazine said “So long, Carrie Bradshaw - there's a new role model for go-getting thirty somethings” and Glamour magazine said “This woman will make you smile. Forget what you thought you knew about 'self help'. Life coach Gabrielle Bernstein has wowed the - and now she's hit the to unleash a happy new you.” The author is over in the UK during March and always generates lots of publicity; and in this inspiring guide, she offers a six week plan to cleanse our spiritual systems by tossing aside fear and living off the foods of gratitude, forgiveness, and love. Gabrielle’s hip, stylish and cosmopolitan personality will broaden the scope for mind/body/spirit books and she is becoming increasingly well-known as a go-to guide for the spiritually minded business savvy woman. Do you believe in miracles? Have a look at her inspirational video on YouTube to convince you!

She has another new title coming up in May with the terrific title – God is My Publicist – look out for it! Order May Cause Miracles here 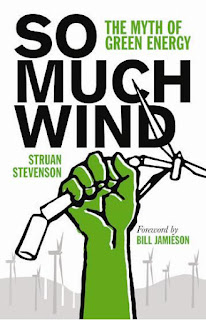 Oh my goodness – another highly appropriate link to the Wizard of Oz – how do I do it?! So Much Wind: The Myth of Green Energy by Struan Stevenson has just been published and is an engaging, passionate polemic on what the author sees as the Scottish government’s misguided energy policy. The energy crisis is one of the most pressing and significant problems the world has to face. With limited resources of fossil fuels left, and the additional political and environmental issues that surround their use, it is clear that life on earth cannot continue as it is without the development of alternative sources of power. The UK Government’s policy of support for wind energy and its attempts to achieve 20% electricity generation from renewable sources by 2020 has been lauded by many, yet described as “a fatuous obsession” by others. ’s targets are five times more ambitious and therefore invite intensive scrutiny. Struan Stevenson thinks the time has come to expose this green energy myth. He believes that the truth is that wind turbines violate the principle of fairness by transferring vast amounts of money from the poor to the rich. He feels they despoil our unique landscape and environment; they risk plunging the nation into a devastating energy crisis and through noise, the flicker-effect and vibration, they abuse the health and welfare of people and animals which have to live near them. He writes that “They are visual monstrosities that produce a trickle of electricity at vast cost to the consumer and they do not significantly reduce CO2 emissions” Pretty strong and controversial stuff – and as you would expect, this book (which is just published) is attracting major feature coverage from The Telegraph, Daily Express, Sunday Post, Daily Mail, The Times, The Sunday Times and many more. Struan Stevenson will be giving press conferences to discuss the issues in his book – and there will be more publicity to come – make sure you have plenty of copies of this £7.99 paperback with its eye catching jacket. And you can see Struan Stevenson talking about his book on YouTube below.

The paperback edition of Sex and Punishment: Four Thousand Years of Judging Desire by Eric Berkowitz is out this month, and the Sunday Telegraph will be reviewing it on 10th March in their book pages in Seven magazine. Sex and Punishment tells the story of the struggle to regulate sex. Eric Berkowitz evokes the entire sweep of Western sex law; from royal mistresses to gay charioteers to medieval transvestites to lonely goat-lovers to prostitutes of all stripes and rent boys. Each of them had forbidden sex, and each was judged – although justice, as Berkowitz shows – rarely had anything to do with it. This book got amazing reviews in hardback; the Sunday Times called it “Enlightening and hugely entertaining” while the Mail on Sunday found it “Fascinating and gruesomely compelling” and the Guardian said it was “Jaw dropping data on sex and sin … worth every penny.” It’s now available at a very affordable £10.99 with cover that includes the terrific quotes. You can order Sex and Punishment here  – I mean the book of course. 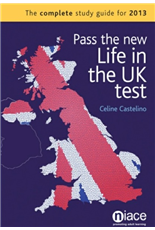 OK, imagine you arrive in a new country.  It’s completely different from anything you’ve ever known – and you need to find out more. No, this time I’m not talking about the Wizard of Oz, but the thousands of people who arrive in the every year, and have to pass the Citizenship New Life in the UK test in order to stay and work here. The government recently changed the UK Citizenship Test and the official handbook to the test came out two weeks ago. Pass the New Life in the UK Test is also published this month, and is an all-in-one, fully updated, accessible step-by-step study guide to support those taking the Life in the UK Test, by Celine Castelino. Celine is a highly-respected specialist who was involved in the development of the Life in the handbook 2007 and previous questions for the Life in the UK Test. The book contains official study material, with invaluable additional practical content including advice on study skills and preparation, opportunities for self-assessment, practice tests, a glossary and further sources of useful information. Having to pass a test to stay in the may feel daunting but this guide is packed with practical advice, information and activities to make the process easier, perhaps even enjoyable. Quite frankly this book is as vital for those taking the Citizenship test as a copy of The Highway Code is for those taking a driving test. Unless you are one of the very few bookshops in the who happen to be in an area where there is no immigration at all – you need plenty of copies on display! The previous edition sold over 10,000 copies so this could be a nice little earner for everyone!
Order Pass the New Life in the UK Test here. 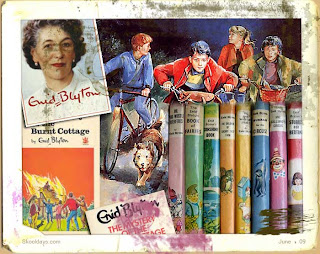 Now, who’s been keeping up with the debate as to whether there should be an Enid Blyton festival in ? As booksellers, I would imagine most of you are broadly in favour of Enid Blyton’s oeuvre – since it all sells like hot cakes with lashings of ginger beer. Those of us my age can clearly remember how the libraries of our childhood wouldn’t even stock Blyton’s books – and how utterly baffling those of us who adored them found this. Having now seen so many children start out on the Famous Five – and then move on to everything else, it certainly seems to me that she is a force for good. But her sometimes racist and sexist views, not to mention her deficiencies as a mother; have all been called into question her integrity as an author. It’s a very interesting question – should the views (and indeed the personality) of a writer, affect our appreciation of their work? There was an article discussing this in the Guardian last week, which you can read here. It includes a piece by Gabriel Gbadamosi, whose debut novel Vauxhall is out from Telegram in a couple of months.  Having very much enjoyed Blyton’s work as a black child growing up in , he has an interesting angle on the debate. 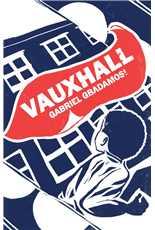 “It would be fair to say I grew up in love with 's racist literature and iconography. I loved those swashbuckling tales of colourfully illustrated derring-do among faraway natives, the golliwogs on jam jars and my favourite, Little Black Sambo, clever enough to get tigers to chase round trees and turn into melted butter … Later, people called me golliwog or Sambo; but by then it was too late: I wasn't going to give up my copy of the Sambo book, and I knew how people felt, how much they minded no longer being able to keep their golliwogs. It would be an equally black day on which Enid Blyton, one of the authors of my childhood, could no longer be celebrated by her readers. They have numbered in their millions, and been drawn to her vision of childhood's adventure from all corners of the globe. Everyone has their own memories of stumbling on grown-up secrets, or the midnight feasts of older children, but mine come to me through Blyton. She showed me what a mid-century, middle-class, white, English childhood ought to look like. Her books taught me about English attitudes to my race and lower-class status; she let me see over the fence how the adventure of privilege was going, who was involved and what they thought. An Enid Blyton festival in would put that town on the map of an I was brought up on. It is an gradually being rubbed out for its unguarded openness about so much – lashings of jolly suspicious stuff. But, then, without being able to have Blyton's original, uncensored texts down as a marker, it is so much more difficult to measure how far we have come.”
Gabriel Gbadamosi’s novel Vauxhall will be published in May and you can find out more about it here.

That’s all for now folks, more next week!
Posted by Compass Rose at Friday, March 01, 2013