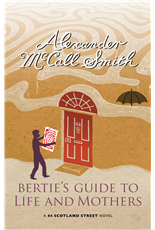 A new title from Alexander McCall Smith is always a publishing event to look forward to, and in August, in hardback from Polygon comes Bertie’s Guide to Life and Mothers. This is the ninth of the hugely successful series – which has now sold over 120,000 copies. If you want to find out about a little more about this series, then why not take a look at talking about it in a two minute interview here.  In this new title we catch up once more with the delightful goings-on in the fictitious street from this enormously popular author. With customary charm and deftness, Alexander McCall Smith gives us another installment where anything could happen to Bertie and the gang! Alexander McCall Smith is one of the world’s most prolific and most popular authors. For many years he was a professor of Medical Law, then, after the publication of his highly successful No. 1 Ladies’ Detective Agency series (which has sold over twenty-five million copies) he devoted his time to the writing of fiction and has seen his various series of books translated into over forty-six languages and become bestsellers throughout the world.
Order Bertie's Guide to Life and Mothers here 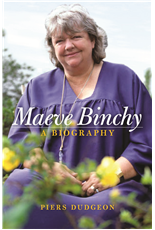 And while we’re on the subject of heart warming authors, they didn’t come much more cockle heating than Maeve Binchy. When she died on 30th July 2012, she did so as ’s best-loved writer. In books such as Circle of Friends, and Scarlet Feather, no one else told stories like Maeve Binchy. Humane, down-to-earth, funny, her novels captured imaginations on both sides of the in a way that most authors only dream of. Maeve Binchy: A Reminiscence by Piers Dudgeon is the first biography of Maeve Binchy – but more than a biography, this is an intimate portrait of one of the world’s most successful writers. Have a look at Maeve talking about here philosophy of life below on YouTube. This extraordinary book visits Maeve Binchy in the land of her birth (which is the environment of her novels) and in the company of the author and her fictional characters sets out to discover the emotional contours which define her as a writer and person. Maeve has millions of readers worldwide, and this biography is sure to be popular with all of them – a good present for someone you know to be a fan. If you want to get a flavour of Maeve’s books then you could do worse than watch this short trailer for Tara Road – a film of one of her most popular books – which gives you a pretty good idea of her huge appeal! Maeve Binchy: A Reminiscence is published in hardback this August from Robson Press and it’s £20 with 18 pages of photographs.
Order the Maeve Binchy Biography here 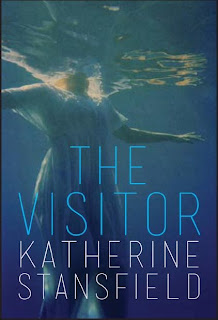 The horizon is a blue streak across the pale sea, giving the trick of land close enough to sail to. Pearl imagines a packet ship surging to another world with two passengers safe in the bows, their hands joined together. . 1880. , Jack and Nicholas play among the fishing boats of , not understanding the undercurrents beneath their games. As they grow older, the choices they make shape the pattern of their lives. By 1936 everything has changed. The fish have stopped coming and the is abandoned. , exiled in favour of holidaymakers, turns to the memory of her great love, and her greatest loss. She’s waiting for her own visitor. Will he come for her? The Visitor by Katherine Stansfield is a novel steeped in the coast and people of which shivers and flashes with visions as elusive as the fish at the centre of its story. This is intelligent women’s fiction which will appeal to readers of Helen Dunmore, Hilary Mantel, Sarah Hall, and Kate Morton and it’s coming in paperback from Parthian in September. This is the debut novel from an exciting new talent and we’re all really loving it here at Compass! We have ten proof copies to give away – so the first ten of you to send an email to Pat@compass-dsa.co.uk can soon be enjoying it too! 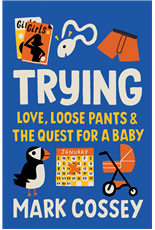 If there’s one subject that seems to always arouse intense interest, sympathy and media attention; it’s that of the quest to get pregnant. Trying: Love, Loose Pants and the Quest for a Baby by Mark Cossey is a rare look at this subject from a humorous male perspective; which will appeal to the same audience as The Bloke’s Guide to Pregnancy, and to couples trying for a baby, especially the increasing number going through fertility treatments, who will be relieved that they’re not the only ones. In four years of baby-making boot camp, Mark and Martha face The Calendar, the anti-walk chair, hostile cervical mucus, IUI, IVF and the possibility of being childless. Through a combination of ignorance and outrage, Mark survives ejaculating into a small jar, stabbing his wife, having his sperm turned pink and group sex with whales. Written with laugh-out-loud humour and outrageous honesty, Trying is a no-holds-barred welcome to the world of the infertile, written by a man who has lived through it all and come through with his ultimate dream realised – his own family. Mark Cossey is an executive producer for the BBC, who has put everything from The Royal Family to Doctor Who on your TV screen, and his wife is a screenwriter for – so it’s fair to say they have plenty of media contacts! Look out for big features on Trying in The Guardian and The Mirror, which Mark is writing, and will be out shortly.
Order Trying here 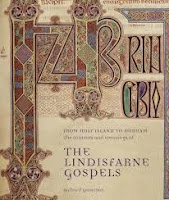 Listening to an absolutely fascinating programme last Sunday about the Lindisfarne Gospels on the BBC (which you too can listen to here if you have a spare 45 minutes) reminded me to draw your attention to From Holy Island to Durham: The Contexts and Meanings of The Lindisfarne Gospels edited by Richard Gameson. This lavishly illustrated £25 hardback is published in July to accompany the major Lindisfarne Gospels exhibition in this summer. This book explores the early history and significance of the Lindisfarne Gospels, widely regarded as the finest surviving Anglo-Saxon manuscript of the early Christian era in , and an unquestioned masterpiece of medieval calligraphy and illumination. The book is written by Professor Richard Gameson, the ’s leading expert on early medieval manuscripts and illumination. 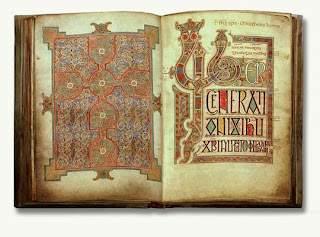 This magnificent book contains superb colour reproduction on images of all of the illuminated folios from the manuscript and is published to the highest standards of international fine art publishing. It would appeal to general readers interested in medieval calligraphy, early Christianity and history and tourists and those looking for gift books.  In this important book Professor Gameson examines the spirituality and culture of the community on that created the Lindisfarne Gospels around the year 700. He recounts the challenges that the community faced in response to Viking raids and persecutions from the late eighth century, until it eventually settled in as a permanent home in the late tenth century. Throughout these travels, and after their final arrival in , the Lindisfarne Gospels were preserved, glossed and above all treasured - for themselves and for their connection to St Cuthbert, who increasingly came to be regarded as the greatest saint of the North. This publication brings their remarkable story and beauty fully to life. It is published by Third Millennium Information - and you can find out more and order it here.

Who has been thinking about moving somewhere warmer and sunnier recently, with this tragic weather we’ve been having? Falling in Honey: Life and Love on a is by Jennifer Barclay who decided to act on her dream of moving to a tiny Greek island – because life is too short not to reach out for what makes us happy. Funny, romantic and full of surprising twists, Falling in Honey is a story about relationships, tzatziki, adventures, swimming, Greek dancing, starfish… and a bumpy but beautiful journey into Mediterranean sunshine. I fancy almost all of the above – and so it seems do the British media, because there is lots of publicity coming up for this charming title. You Magazine (circ 1.4m) in The Mail on Sunday are featuring the book on 14 July 2013 and the piece will include lots of pictures. Falling in Honey was published in March in paperback (£8.99 ISBN: 9781849532716) by Summersdale, and you can find out more on their website here. Here’s a nice video of Jen talking about the book – with some great shorts of sunny – just the thing to cheer you up on a dreich Friday afternoon in the ! 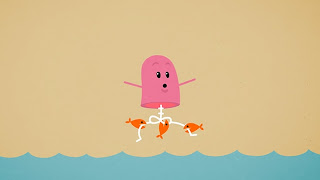 Have you discovered Dumb Ways to Die yet? This cheery little ditty was originally part of a public service campaign to promote rail safety by Metro trains in – devised by McCann advertising agency who aimed to engage an audience that really didn't want to hear any kind of safety message. Within two weeks it had generated at least $50 million worth of global media value in addition to more than a thousand media stories and contributed to a more than 30% reduction in "near-miss" accidents. And now of course it has had gazillions of downloads of the ensuing video, app and game! It’s cute, it’s funny, it’s clever and you can watch it on YouTube below!

This blog is read weekly by over 600 booksellers, publishers and publicists. If you would like to order any of the titles mentioned, then please click here to go to the Compass New Titles Website or talk to your Compass Sales representative.