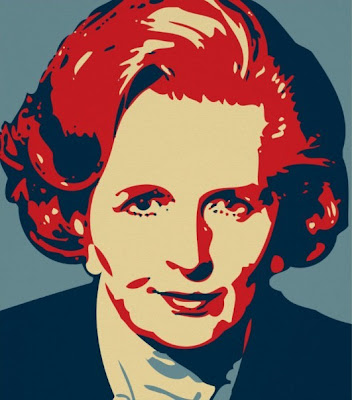 Today’s quiz question: who said “If you want something said, ask a man. If you want something done, ask a woman" and “Where there is despair, may we bring hope” and also “Just rejoice”? No prizes for knowing that it was of course the inimitable Maggie.  I daresay you are all sorting out your Thatcher window displays as I write – and are either festooning your shop windows with blue rosettes and handbags – or maybe you’re adding some sinking battleships, miners’ helmets and riot shields; but however you are commemorating this historic event, you will certainly need the following titles:

The Margaret Thatcher Book of Quotations by Iain Dale & Grant Tucker
As well as Margaret Thatcher’s own words, the book contains many quotes from her political allies and opponents, as well as from the foreign leaders to whom she invariable gave a good handbagging. On the day of her resignation as Prime Minister, Kenneth Baker said we would never see her like again. So far he has been proved right.
Order Margaret Thatcher Quotations here

A Journey with Margaret Thatcher by Robin Renwick is published next week and is an extraordinary insider’s account of British foreign policy under Margaret Thatcher by one of her key advisers. Robin Renwick examines her diplomatic successes – including the defeat of aggression in the Falklands, what the Americans felt to be the excessive influence she exerted on Ronald Reagan, her special relationship with Mikhail Gorbachev and contribution to the ending of the Cold War, the Anglo-Irish agreement, her influence with de Klerk in South Africa and her relationship with Nelson Mandela – and what she herself acknowledged as her spectacular failure in resisting German reunification. He describes at first hand her often turbulent relationship with other European leaders and her arguments with her Cabinet colleagues about European monetary union. Finally, the book tells of the run up to the Gulf War, her calls for intervention in and the difficulties she created for her successor.
Find out more about A Journey with Margaret Thatcher here

And finally, don’t forget about The Real Iron Lady by Gillian Shephard which I mentioned in last week’s Compass Points. Again, this is a brand new hardback title – a collection of contributions from those who have experience of experience of working with Margaret Thatcher at all sorts of levels: members of her Cabinets, such as Douglas Hurd and Tom King; other MPs and peers; and people who had worked for her at Conservative Central Office, or in her constituency, or behind the scenes at 10 Downing Street. The result is a revealing record and a unique insight into the working life of the real Iron Lady.
Order The Real Iron lady here 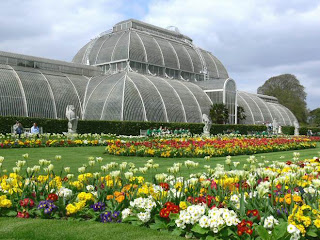 Phew – let’s move onto a rather less controversial institution – . The Story of Kew Gardens in Photographs by Lynn Parker and Kiri Ross-Jones is the tale of told through 250 photos from the archives of the historic botanic gardens. This is a highly accessible, attractive, illustrated history aimed at the general reader as well as the historian and the gardening enthusiast. It certainly isn't just a title for bookshops – the recent BBC series on attracted extremely high viewing figures, and the gardens are visited by over two million visitors a year – from all over the world. Lots of newspapers and magazines are featuring photos from this lovely book – including this month’s British Airways High Life magazine. This is a full colour hardback with a jacket which is just published and would make a great gift book – it would be especially good for bookshops in touristy areas.
Order Kew Gardens here

For a little glimpse of you can watch this ten minute film on you tube here. 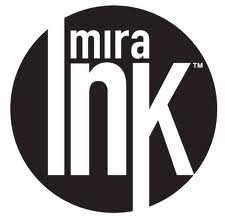 Mira Ink is an imprint of Mills and Boon. It publishes fresh, authentic teen fiction featuring extraordinary characters and extraordinary stories set in contemporary, paranormal, fantasy, science fiction and historical worlds. These high-concept stories capture the teen experience and speak to readers with power and authenticity, resonating long after the book's covers are closed. The young adult genre is definitely having a major moment at present as I’m sure I don’t need to tell you. Recent Mira Ink titles include With all my Soul (April) and The Eternity Cure (May). There is a newsletter called Spilled Ink which will give you more info about Mira Ink which you can read here and also a Mira Ink blog at miraink.blogspot.co.uk.

Invisible is a chilling exposé of the scandal of ’s migrant sex workers.  Investigative journalist Hsiao Hung Pai worked undercover as a housekeeper in a brothel in order to unveil the terrible reality of the British sex trade.  Workers are trapped and controlled – the lack of freedoms this invisible strait of society suffers is both shocking and scandalous and at odds with the idea of a modern in the twenty-first century. This is a major news story – and there is a feature-length documentary based on Invisible (directed by Nick Broomfield) which will be screened on Channel 4 in May. The book and documentary are the result of two years’ worth of undercover work at several brothels in Burnley, and Finchley, and are certain to fuel a public debate on the issues raised. There is a serialisation of Invisible in the Guardian on Monday 15th April, in their G2 section and it is being reviewed in the Sunday Times Culture section on Sunday 14th April. The author will be interviewed on Radio Four’s Woman’s Hour on the 15th April – all great publicity.
Order Invisible here 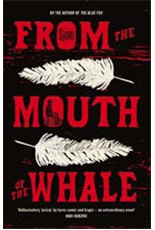 Congratulations to From the Mouth of the Whale by Sjón translated by Victoria Cribb (Telegram Books) which has just been shortlisted for this year's International IMPAC Dublin Literary Award, worth €100,000 (£85,000). This prize is awarded annually to promote excellence in world literature, and titles are nominated by public libraries around the world. From the Mouth of the Whale was originally published in , and in fact half of the novels shortlisted for are works in translation. From comes 1Q84 by Haruki Marukami; from , The Faster I Walk, The Smaller I Am by Kjersti; from the , Caesarion by Tommy Wieringa; and from  The Map and the Territory by Michel Houellebecq. Pure by Andrew Miller is the only British novel to make the shortlist. Also in the running is Irish debut City of  by Kevin Barry as well as three American novels: The Tragedy of Arthur by Arthur Phillips, The Buddha in the Attic by Julie Otsuka and Swamplandia! by Karen Russell. Dublin City librarian Margaret Hayes said: "This is the highest number of books in translation on the shortlist since the award began and it is wonderful to have novels from Japan and Iceland as well as France, the Netherlands and Norway . . . There is something here on everyone and I urge readers to get stuck in and enjoy the humour and sadness, history and fantasy, teenage and elderly angst on this year's shortlist." The winner will be announced on 6th June 2013. If the winning work is in English translation, one quarter of the prize money is awarded to the translator.
Order From the Mouth of the Whale here 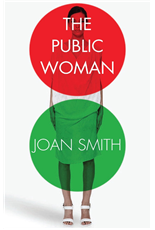 This week’s newsletter seems to feature a plethora of strong women – so let’s finish with one more. Public Woman by Joan Smith is published in May, and is certain to become a key feminist text about the position of women today.  This high profile author and journalist is in constant demand as guest on Newsnight and BBC Radio and this book is certain to be widely reviewed and much discussed.  A quarter of a century after the publication of her seminal text, Misogynies, Joan Smith looks at what women have achieved – and the price they’ve paid for it. From spiteful media campaigns and a justice system that allows rapists to go free, to domestic violence, ‘honour crimes’ and sex-trafficking, Smith shows that woman hating has assumed new and sinister forms. Smith celebrates the fact that the female eunuch has become the public woman, but argues that we’re living in an increasingly hostile world. A call to arms, The Public Woman Includes chapters on Rebekah Brooks, Amy Winehouse,  Kate Middleton, Julian Assange, Pussy Riot, domestic violence, the veil, abortion and sex trafficking.
Order The Public Woman here.

That’s all for now folks, more next week!
Posted by Compass Rose at Friday, April 12, 2013