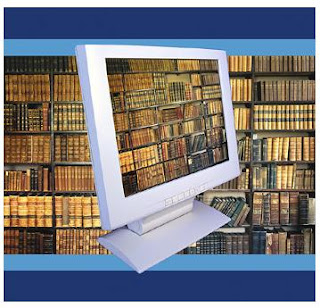 Well – firstly this week comes the very good news that book sales are up up up! Hurrah! Hopefully you have seen this reflected at the tills in your own bookshop – you can have a read of this article in the Telegraph this week to get more on the facts and figures. Sales across all formats (including e-books) are up 4% which must be good news overall. And have a look here at an article entitled Kindles haven't killed off e-books it's just the start of a new chapter for more opinion about this news story – and lots of comment. Philip Jones (editor of The Bookseller) said this week that shops were seeing a "rebound in sales of physical books, thanks to children's and non-fiction areas and the growing market of books such as Fifty Shades of Grey. The death of the physical book is a long way off” he continued; pointing out that “physical book sales still made up around 80% of the overall market. Digital is overtaking it in some areas but not all areas, so I think the physical book is going to be with us for a long time." He reckons "The premium physical book, the £20 hardback... attracts a certain type of person who wants to keep that book on their shelves." 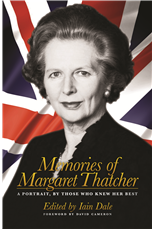 One type of book that certain readers certainly seem to want to keep on their shelves at present is anything about Margaret Thatcher. One of the best reviewed has been Memories of Margaret Thatcher by Iain Dale which is published this week. Iain Dale is one of ’s leading political commentators and bloggers, and this book, which was originally in 2000 to mark 10 years since Thatcher resigned from office; has now been massively expanded, with 50% new material. Memories of Margaret Thatcher brings together personal reminiscences and anecdotes from more than a hundred political figures. Featuring a foreword by Prime Minister David Cameron, these entries are tributes from friends, opponents, and those who observed her from the press gallery. Each contributor experienced a close encounter with the Iron Lady, among them Ronald Reagan, Mikhail Gorbachev, Bob Hawke, Boris Johnson, Schwarzenegger, Michael Howard, William Hague, Ann Widdecombe, Edwina Currie, Alan Clark, Norman Tebbit and Geoffrey Howe, whose resignation speech in Parliament can be said to have brought to a dramatic end the Thatcher Era. This is the definitive fully illustrated tribute to one of ’s most influential Prime Ministers and all the royalties will be donated to charity. It’s a £20 hardback from Biteback.
Order Memories of Maggie here 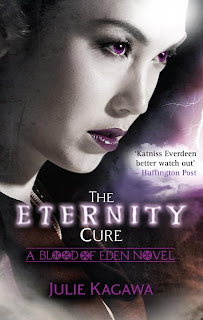 Have you ever wanted to look like the character on a book jacket? Now there’s a novel idea. I do remember when Jilly Cooper’s Polo first came out (now that dates me) there was much speculation about who the clad bottom on the cover belonged to. Well now those edgy folk over at Mira Ink (the Young Adult publisher bringing you stories set in contemporary, paranormal, fantasy, science fiction and historical worlds) are giving you the chance to give yourself a look based on the young woman on the cover of  The Eternity Cure. This is Book Two in the new Blood of series by Julie Kagawa, and is published this month. Fans of The Hunger Games have loved this gritty vampire dystopia, and the film rights to the Blood of Eden series have already been optioned.  Julie Kagawa is a New York Times top ten bestselling author, and I don’t need to tell you how fast this particular genre of books is growing.

If you’d like to give yourself The Eternity Cure makeover, just go to the Mira Ink blog spot to find out how to do it! I’ll warn you now, quite a bit of purple eye shadow is required! And you can order the Eternity Cure here! 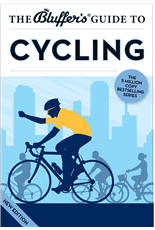 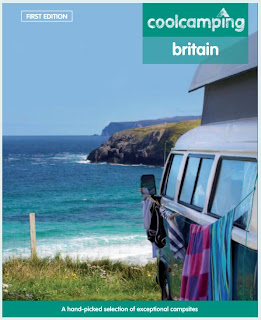 The publicity for the first ever edition of Cool Camping Britain has gone stratospheric! Following on from the success of guides to , and , Punk, the publishers of the ’s best-selling campsite guides have created one definitive British volume which I mentioned a few weeks ago. Since then it has been featured in the Sunday Times travel section, on the Guardian travel website, on Mumsnet, in Xpose magazine, in Wanderlust, in Lonely Planet and the Express and there’s lots more to come! It looks as if the weather in the might just have got its act together this year, so books like this are going to sell well! And if you’re interested in doing a bit of cool camping yourself this weekend them you could do a lot worse then go to the www.coolcamping.co.uk – a great website which has lots of fun suggestions for where to go!
Order Cool Camping Britain here 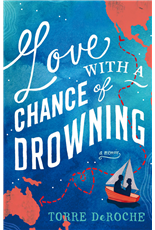 A city girl with a morbid fear of deep water, Torre DeRoche is not someone you would ordinarily find adrift in the middle of the stormy Pacific aboard a leaky sailboat struggling to keep an old boat, a new relationship and her floundering sanity afloat. But when she meets Ivan, a handsome Argentinean man with a humble sailboat and a dream to explore the world, Torre has to face a hard decision: watch the man she’s in love with sail away forever, or head off on the watery journey with him. Suddenly the choice seems simple. She gives up her sophisticated city life, faces her fear of water and joins her lover on a year-long voyage. Love with a Chance of Drowning is a sometimes hilarious, often moving and always breathtakingly brave memoir that proves there are some risks worth taking. The author has a broad media platform already, with thousands of followers on Twitter and Facebook, and has attracted a lot of praise on GoodReads and other book blogs and forums. Love with a Chance of Drowning is published by Summersdale in July. There is a very cute little trailer for the book on You Tube (I wish more authors and publishers would do this – I think it’s a great way to promote new titles) which you can see below.
Order Love with a Chance of Drowning here 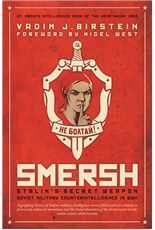 In the early James Bond novels 007 is pitched against SMERSH, a top secret Soviet agency dedicated to the subversion of the West and the assassination of Western spies. Ian Fleming took his inspiration from true life, but the real SMERSH was far more savage than Bond’s fictional nemesis. SMERSH:  Stalin’s Secret Weapon was published in hardback last year and garnered much praise. In it Dr Vadim Birstein makes comprehensive use of recently released Russian military archives in and speaks to survivors and victims to tell, for the first time, one of the darkest stories in Soviet Russia’s history. Simon Sebag Montefiore made it one of BBC History Magazine’s Books of the Year, calling it “a gripping history of Stalin’s military intelligence service filled with new details on previously unknown operations and the brutal characters of the Soviet secret world.” It sold 3,000 copies in hardback and was the winner of the inaugural St Ermin’s Hotel Intelligence Book of the Year Award. It is published in large format paperback at £16.99 from Biteback in July.
Order SMERSH here

And if like me, your knowledge of Russian history is just the tiniest bit hazy, then why not watch this rap battle of Rasputin versus Stalin and I’m sure it will all become clear as borscht!