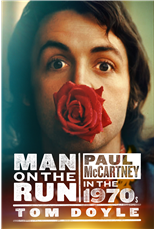 Well, my goodness what a belter of a summer this has turned into! It reminds me of the last time we had anything resembling a heat wave in this country – which if my memory serves me right was in 1976 – taking me nicely to the first book for today - how about a bit of Paul McCartney? No, not the slightly maudlin old rocker (Sorry, do I mean much loved national treasure?) that he appears to have turned into nowadays – and no not the cheeky mop-top of his youth; but Paul in the 1970’s, when he was, literally, a man on the run. Desperately trying to escape the shadow of the Beatles, he became an outlaw hippy millionaire, hiding out on his Scottish farmhouse in Kintyre before travelling the world with makeshift bands and barefoot children. It was at time of numerous drug busts and brilliant, banned and occasionally baffling records. For McCartney, it was an edgy, liberating and sometimes frightening period of his life that has largely been forgotten. Man on the Run: Paul McCartney in the 1970s paints an illuminating picture: from McCartney’s nervous breakdown following the Beatles’ split through his apparent victimisation by the authorities to the rude awakening of his imprisonment for marijuana possession in Japan in 1980 and the shocking wake-up call of John Lennon’s murder. Paul McCartney is the most famous living rock musician on the planet, and no other writer in recent years has interviewed him as many times as Tom Doyle.  Widespread reviews and publicity are guaranteed for this book, and the September publication date coincides with the completion of the reissue programme of McCartney’s 1970s albums and 40th anniversary of the release of Band On The Run. Man on the Run is a hardback, published by Polygon. It has sixteen pages of colour photos, it’s  from an acclaimed music journalist – and it’s certain to sell! You can find out more here!

And from the original long hot Summer of Love – 1976 – here’s the orginal Band on the Run video! 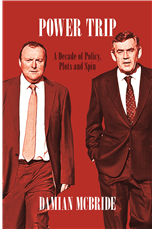 Man on the Run is one of many smashing titles coming from Compass in September – and here’s another. Power Trip: A Decade of Policy, Plots and Spin by Damian McBride is potentially the most explosive political memoir of 2013. It’s the tell-all story of the spin doctor’s time at the heart of government and a candid biography to reveal where all the political bodies are buried. Cor blimey – pretty stirring stuff, tell me more. OK then: from 1999 to 2009, Damian McBride worked at the heart of the Treasury and No. 10, becoming one of the most controversial political figures of the last decade, before a notorious scandal propelled him onto the front pages and out of . In Power Trip he writes candidly about his experiences at the heart of government, and provides the first genuine insider’s account of Gordon Brown’s time as Chancellor and Prime Minister. He reveals the personal feuds, political plots and media manipulation which lay at New Labour’s core, and provides a fascinating, funny and at times shocking account of how government really works. His own journey from naive civil servant to disgraced spin-doctor is also laid bare with brutal honesty. Power Trip is a riveting memoir and an eye-opening expose of politics in . Oh my goodness me, I hardly need say that this is the sot of book the media will absolutely go bonkers for, and sure enough, a high profile serialisation with a major newspaper is under negotiation. We’ll have lots more to tell you on this one, I feel certain! Power Trip is £20, hardback and published by (of course) Biteback.
Find out more, and order Power Trip here 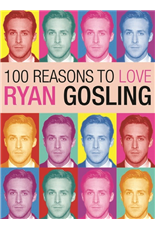 Now, who do you think said “Well, I’m not that good-looking. I’m a pretty weird-looking guy. I know that, but that’s the magic of movies.” Hmm, seems to me it could only be the fabulous Ryan Gosling. Not only an acclaimed actor – he’s also an online obsession for millions, who’s been dubbed ‘the internet’s boyfriend’. Filled with photos, facts, quotes and jokes, 100 Reasons to Love Ryan Gosling a £12.99 paperback packed with over 100 colour photographs coming from Plexus in September; shows us why. Actor. Musician. Heart-throb. Feminist icon (sort of). There’s only one Ryan Gosling. Women want him. Men want to be him. Most Tumblr blogs are about him. No mere pretty boy, he’s symbolic of everything modern manhood should aspire to. Did you see The Notebook? Exactly. Packed with trivia, jokes, and photos that graphically illustrate his physical perfection, 100 Reasons to Love Ryan Gosling provides scientifically irrefutable evidence of exactly why Ryan is so damn lovable. Is it because he takes his mom to film premieres? Plays in a hip indie band? Carries his dog through airports? Breaks up street fights? Furthered the feminist cause without even trying? Has no problem with nudity even when the script doesn't strictly require it? It’s all these things – and more. Boasting an enthusiastic and eccentric fan base, Gosling successfully balances critically successful independent films with more mainstream fare – his movies have grossed $600 million at the worldwide box office. He has spawned a cottage industry of tongue-in-cheek blogs, memes and social-networking communication: the #GayForGosling hashtag went viral on Twitter. The most popular Tumblr site about the actor, ‘Feminist Ryan Gosling’, received three million hits in one month and went on to become a book. He’s definitely having, as they say, a moment. This year alone he stars in four films: 1940s mobster thriller Gangster Squad, crime drama The Place Beyond the Pines, violent Thai-boxing saga Only God Forgives (opening this summer) and an untitled Terrence Malick project (co-starring Michael Fassbender, and Natalie Portman) And Gosling’s directorial debut, fantasy-thriller How to Catch a Monster, which stars Christina Hendricks and his real-life girlfriend Eva Mendes is due for release in 2014. If the Ryan Gosling phenomenon has so far passed you by, then you can watch some of his scenes from Crazy Stupid Love here which give you a fairly good idea of his charms – or have a look at the YouTube craze Ryan Gosling won't eat his cereal!

You can order 100 reasons to love Ryan Gosling here. 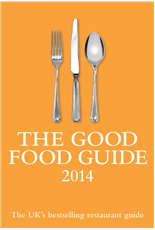 On the subject of food – you've got to love this Catherine Tait clip on chocolate fudge cake!

That’s all for now folks, there will be loads more of our September 2013 books next week!
Posted by Compass Rose at Friday, July 19, 2013