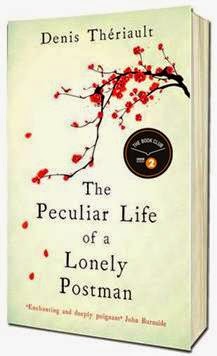 Exciting news to start with - we’ve just head that The Peculiar Life of a Lonely Postman by Denis Thériault is going to be a BBC Radio 2 Book Club title. We don’t have a confirmed date yet, but it will be either late November/early December, so great timing for Christmas. We are now rushing to sticker stock before publication date of 12th September. I don’t know how many of you listen to Simon Mayo’s Book Club – but I do and I think it’s great! It’s on Mondays, during his Drive Time Show (5-7pm) which has a colossal number of listeners, so it’s fantastic publicity for books. Better still, at least one, and often all of the panel usually love the book – and it really makes you want to go straight out and buy it – which I’ve actually done on more than one occasion. There’s always a live interview with the author, and some questions from fans. You can find out a bit more about it here. So make sure you have plenty of copies of this title - it is looking like we’re going to have to reprint already. The Peculiar Life of a Lonely Postman is an original, subtle and touching novel, by award winning Canadian author Denis Thériault. Bilodo lives a solitary daily life, routinely completing his post round every day and returning to his empty apartment. But he has found a way to break the cycle – Bilodo has taken to stealing people’s mail, steaming open the envelopes and reading the letters inside. And so it is he comes across Ségolène’s letters. She is corresponding with Gaston, a master poet, and their letters are each composed of only three lines. They are writing each other haikus. The simplicity and elegance of their poems move Bilado and he begins to fall in love with her. But one day, out on his round, he witnesses a terrible and tragic accident. Just as Gaston is walking up to the post-box to mail his next haiku to Ségolène, he is hit by a car and dies on the side of the road. And so Bilodo makes an extraordinary decision – he will impersonate Gaston and continue to write to Ségolène under this guise. But how long can the deception continue for? The Peculiar Life of a Lonely Postman by Denis Thériault (pb, £7.99 978 1843915362) is published by Hesperus this month, and you can find out more and order it here. 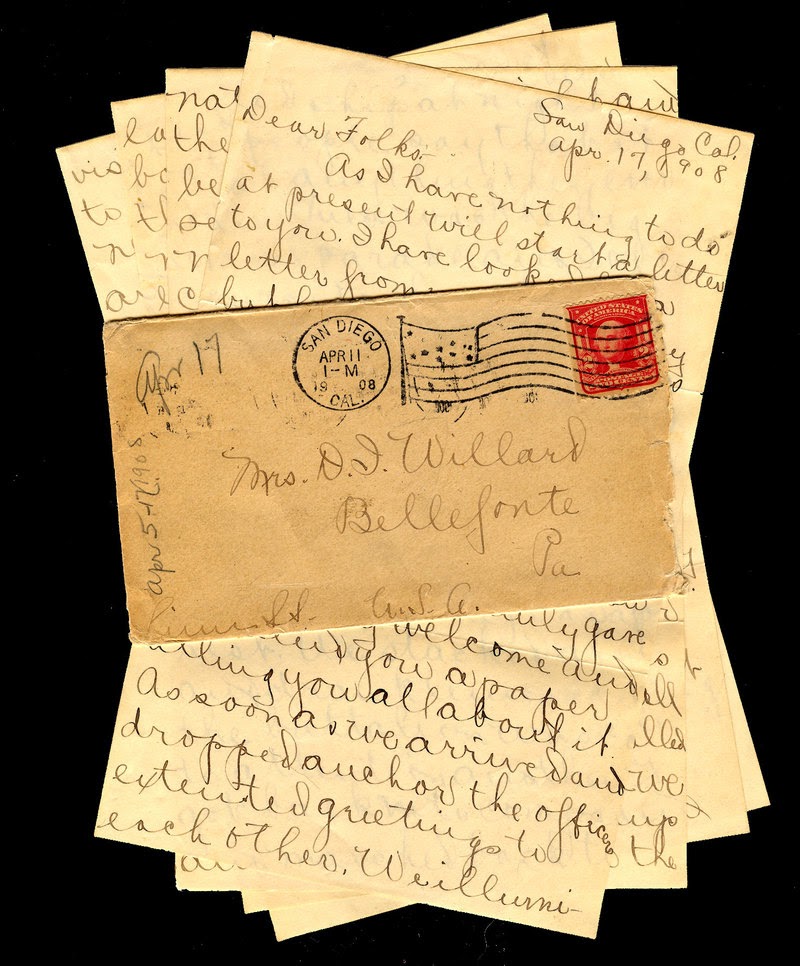 Now, as all I’m sure all of you highly educated booksellers know, a haiku is a unrhymed, syllabic poetic form adapted from the Japanese tradition, composed of three lines of 5, 7 and 5 syllables. They are often inspired by an element of nature, a moment of beauty or a poignant experience. To celebrate the publication of The Peculiar Life of a Lonely Postman, Hesperus Press is running a haiku writing competition in association with National Poetry Day. Send in your haiku by 26th September 2014 and you could win the fab 1st prize of a top quality creative writing course in and a year’s free subscription of Hesperus Nova books or the 2nd prize which is a year’s free subscription of Hesperus Nova books. Either submit your haiku via Twitter including #peculiarpostman and @hesperuspress or email your haiku to info@hesperuspress.com . The competition start date is 12th September 2014 and it closes on 26th September 2014. The winner will be announced on National Poetry Day on 2nd October 2014. 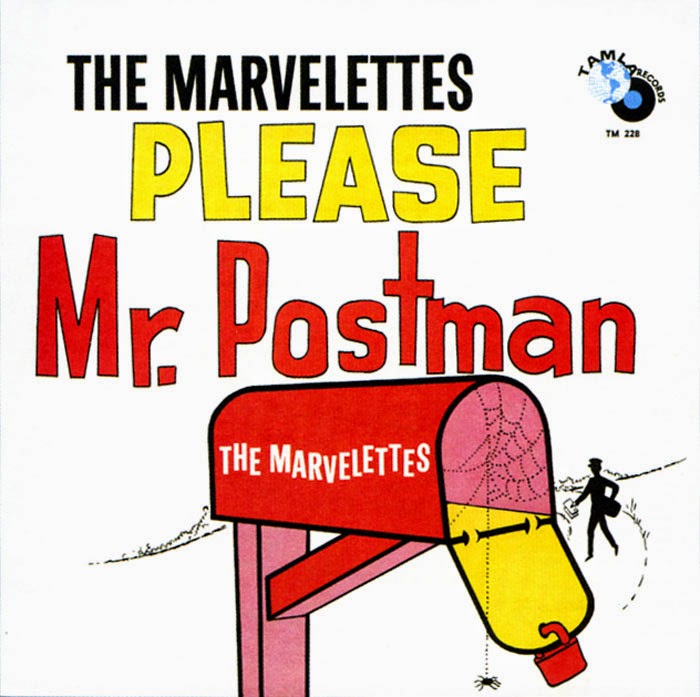 OK, I've decided to have my own Friday afternoon celebration for The Peculiar Life of a Lonely Postman – my top five songs about postmen! First up, The Marvelettes, then I think it should be the big nosed one. Next up must be the indomitable Fats and then a bit of a choice from left field; but I do love this film and its lovely soundtrack. No doubt though that number one has got to be Elvis – and wasn’t he utterly gorgeous back then in 1962! 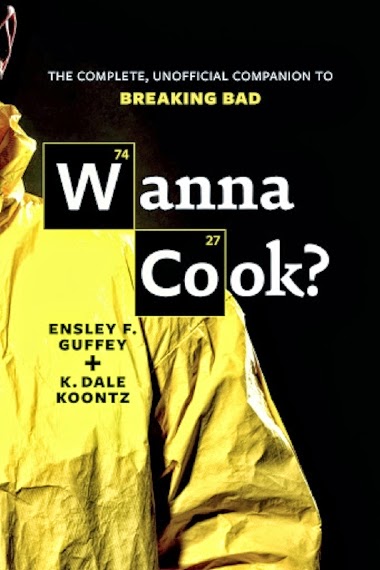 Who’s a fan of Breaking Bad? No doubt you were pleased to see it win a massive Five Emmys at the 66th Primetime Emmy Awards, including taking home the top prize for Outstanding Drama Series. Wanna Cook? The Complete, Unofficial Companion to Breaking Bad published by Myrmidon in May has been doing outstandingly too, one of the top selling books for Myrmidon this year. There's no better book out there on Breaking Bad. Glenn Walker of BIF BAM POP (whatever that is!) said "There are a lot of books out there that say they are the unofficial companion guides to whatever television series, but let me say up front, Ensley F. Guffey and K. Dale Koontz have found the perfect formula. Wanna Cook? is the primer for how those books should be written.". Wanna Cook? really is the must-have book for all Breaking Bad fans, and you can order it in paperback on 978 1905802968.

If you don’t mind some serious spoilers - click here to watch the top ten scenes from this badass series. 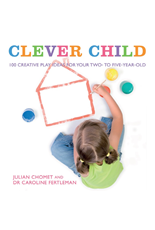 Now we’re definitely into back to school mode here at Compass – don’t forget about Clever Child: 100 creative play ideas for your two- to five-year-old (pb, £12.99 9781859063491) which will boost your child’s emotional, intellectual, physical and social development with 100 activities designed to give your toddler the best start in life. This is crammed with easy-to-play activities which will helps children learn and grow and includes 10 counting flashcards. Medical journalist Julian Chomet and consultant paediatrician Caroline Fertleman are both parents writing from personal experience, along with the benefit of the latest research into the effect of creative play on child development. It’s just been published by Connections and you can find out more and order it here.

And from good education to… yes you’ve guessed it; here’s one of my favourite Bad Education moments! 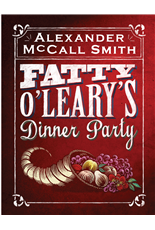 There have been lots and lots of positive reviews for the hilarious new title from Alexander Call Smith, Fatty O Leary’s Dinner Party (hb, £9.99 978 1846973000) this summer. There’s been an interview in the Sunday Express (10.8.14), a piece in the Daily Mail (8.8.14) and also features in on Sunday, Woman’s Weekly, The Spectator and The New Statesman. You can order Fatty O'Leary's Dinner Party here. 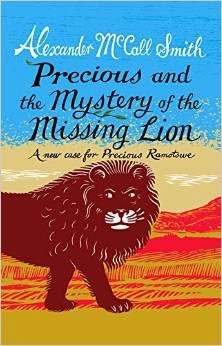 In more good new for Alexander McCall Smith, he has just been shortlisted for the Scottish Children's Book Awards, for Precious and the Mystery of the Missing Lion. The awards are split into three age categories: Bookbug readers (3-7 yrs), younger readers (8-11 yrs) and older readers (12-16 yrs). McCall Smith's Precious and the Mystery of the Missing Lion (pb, £6.99 978 1846973185) is in the younger readers' section. Run by Scottish Book Trust and voted for by children, these book awards are 's largest with a total prize fund of £12,000. Shortlisted authors and illustrators receive £500 per book, and the three winning books receive £3,000 each. 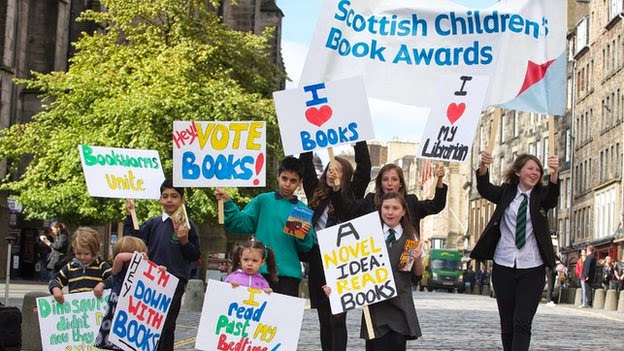 Scottish Book Trust said: "The Scottish Children's Book Awards are much more than a celebration of Scottish literature - they are about expanding children's horizons far beyond their physical boundaries and barriers." The full shortlist is: BookBug Readers: Princess Penelope and the Runaway Kitten by Alison Murray (Nosy Crow), Robot Rumpus by Sean Taylor, illustrated by Ross Collins (Andersen Press) and Lost for Words by Natalie Russell (Macmillan). Younger Readers:  Precious and the Mystery of the Missing Lion by Alexander McCall Smith (Birlinn), Attack of the Giant Robot Chickens by Alex McCall (Kelpies) and Pyrate's Boy by EB Collin (Kelpies). Older Readers: Dark Spell by Gill Arbuthnott (Kelpies), The Wall by William Sutcliffe (Bloomsbury) and Mosi's War by Cathy MacPhail ().  Precious and the Mystery of the Missing Lion was published by Polygon in July and you can order it here

Plenty of Carcanet poets are reading their work at literature festivals all around the this autumn. Have a look at the Carcanet Events Listing web page for a full list of details – there’s loads going on. The main highlights to mention are: 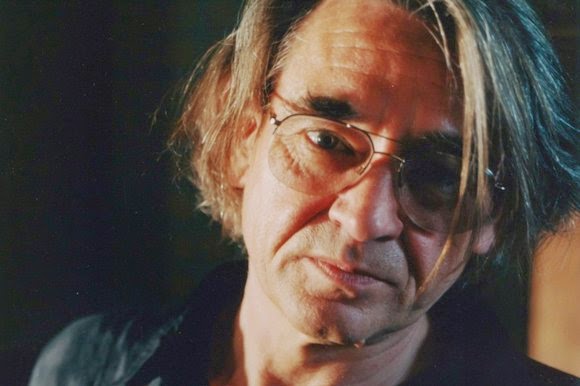 While we’re talking about the poet Tom Pickard (see above); earlier this summer, Jeremy Paxman lamented that modern poetry has “connived at its own irrelevance” by not appealing to “ordinary people much more”. He spoke as chairman of the Forward poetry prize judges, and his honest comments predictably caused a storm in the teacup world of the poets he meant. Tom Pickard was not among them, and one suspects Paxman would find him rather delightful. A poet who has had many jobs, from dyker to documentary maker, Pickard writes contemptuously of “bloated tomes by toady poets who sit in circles blowing prizes up each other’s arseholes with straws”. Pickard, you might guess, does not mince his words.

This is the introduction to a glowing review in the Sunday Times this August featuring Hoyoot: Collected Poems and Songs (pb, £19.95, 978 1 847772 54 1) by Tom Pickard, which came out from Carcanet in June. You can have a look at the article here. Allen Ginsberg called Tom Pickard “one of the most live and true poetic voices in ” and Paul McCartney said of his writing “With sharp vision he dissects his gut reaction and reminds us to appreciate the cool clear beauty of our own situation.”
You can find out more about Hoyoot on the Carcanet website here. 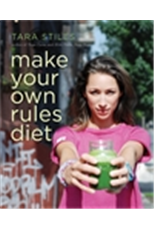 Hands up if you’ve been surprised to find that your summer long consumption of rose wine, chorizo sausage, plates of fried calamari and mid morning treats from the patisserie seems to have added quite a few inches to your girth? Yup, me too. Hurrah, what’s this I see, the Make Your Own Rules Diet by Tara Stiles. This sounds like the ideal book for me; making up my own diet rules will surely allow me to incorporate plenty of chocolate milkshakes and krispy kreme doughnuts into my new autumn regime. Let’s have a look here to see Tara promoting her book. Oh dear, unfortunately she appears to be waving around sticks of celery and pureeing broccoli and kale, which is not really what I had in mind. Nevertheless, Tara Stiles is an immensely popular and successful author; her YouTube yoga and healthy living videos get millions of views, as do her Twitter and Facebook accounts and her two previous books have been bestsellers.  In Make Your Own Rules Diet, Tara Stiles introduces lots of easy and fun ways to bring yoga, meditation and healthy food into your life. This empowering full colour hardback guide is sure to have plenty of fans. Make Your Own Diet Rules (hb, 978 1401944353 £18.99) will be featured in Red Magazine (250,000 circulation) in December, and is published by Hay House in November.
You can order Make your Own Rules Diet here 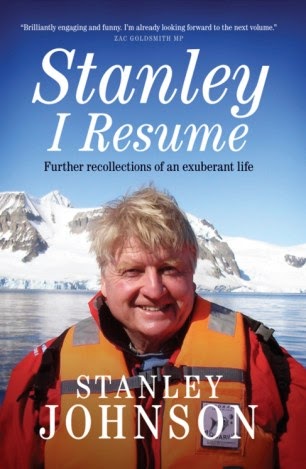 Stanley I Resume: Further Recollections of an Exuberant Life, the entertaining musings of Boris’s dad Stanley Johnson are getting plenty of publicity, including an interview on Radio 5 Live and a big serialization in the Daily Mail under the heading Witty. Ebullient. More like Boris than Boris! His father's new memoirs are a truly rip-roaring read. You can have a look at the article here – very entertaining, and I think this illustrated hardback would make a good Christmas present for any fans of Boris! I Resume (hb, £20, 978 1849547413) has just been published by Robson Press and you can find out more and order it here. 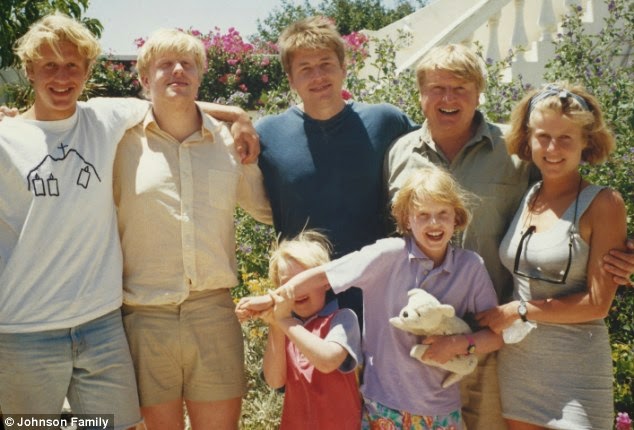 This newsletter is sent weekly to over 700 booksellers as well as publishers and publicists. If you would like to order any of the titles mentioned, then please click here to go to the Compass New Titles Website or talk to your Compass Sales representative.
Posted by Compass Rose at Friday, September 05, 2014