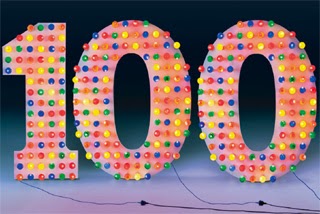 It’s the 100th edition of Compass Points! Yippee! To celebrate, here are the 100 most iconic movie shots of all time! This is five minutes of bliss – starting right back in the silent movie era – I reckon I can name a pretty large number of the films shown – how many do you know? 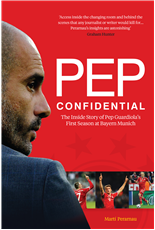 Pep Guardiola is one of the world’s most successful football managers, and coming this month is Pep Confidential - Marti Perarnau’s extraordinary, behind-the-scenes diary of life with him. This title is going to get a of publicity when it is published in a couple of weeks on 18 October – the  PR for this book is being orchestrated by Back Page Press, who did such a great job, with Pirlo, and there is a similar strategy being followed for this book. The Daily Mail, Daily Telegraph and the Independent have confirmed that they will definitely will all run extracts from the book during publication week – and the Sun, Daily Mirror, Daily Express, Guardian, and the Times are all expected to do likewise. On the web, Goal.com, the biggest football website in the world, has a content package for publication day and the BBC and ESPN will also run features on the book. Graham Hunter and Sid Lowe are strong advocates of the book and will plug it, with a combined Twitter following of 500,000; and the author Marti Perarnau has 68,000 Twitter followers. This book is going to be very big indeed – so please make sure you have plenty of copies. Pep Confidential by Marti Perarnau is published by Arena Sport (978 1909715257, hb, £14.99) and you can find out more and order it here 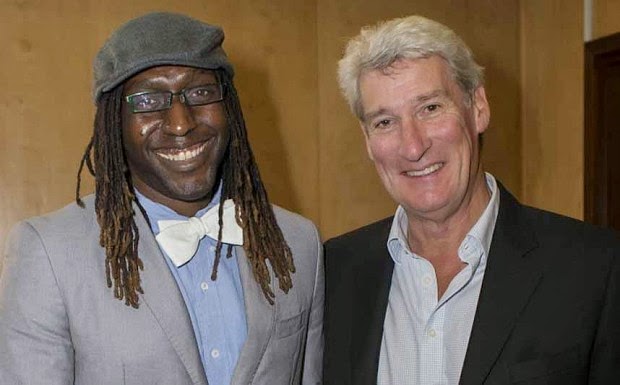 We are delighted to announce that the Carcanet poet Kei Miller has been awarded the prestigious Forward Prize for Best Poetry Collection for The Cartographer Tries to Map A Way to Zion at the Southbank Centre this week. The chair of the judges, Jeremy Paxman, said: “Kei is doing something you don’t come across often: this is a beautifully voiced collection which struck us all with its boldness and wit. Many poets refer to multiple realities, different ways of observing the world. Kei doesn’t just refer, he articulates them.”  There has been lots of terrific publicity for this amazing win: Kei was interviewed in the Guardian on Monday as the “one to watch” which you can read here, he was interviewed on BBC Radio 4’s Front Row and you can listen to that here, and Kei and Jeremy Paxman were photographed in the Telegraph which you can see here! The Cartographer Tries to to (£9.95, 978 1 847772 67 1) is available in paperback now. 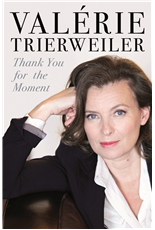 When it was published in , Merci Pour Ce Moment, Valérie Trierweiler’s memoir about her tumultuous relationship with President Francois Hollande, sent shockwaves through the French political establishment for what it revealed about the President’s personal life. In a nation that strives not to pry into the private lives of its politicians, Trierweiler’s voice demanded to be heard, and the book went on to sell over 400,000 copies in just three weeks, becoming ’s fastest selling book ever. At its heart is a compelling tale of politics, love and betrayal that has electrified a nation. It began back in January 2014 when a story in Closer magazine featured photographs which allegedly proved a secret relationship between Hollande and actress Julie Gayet. Trierweiler was subsequently admitted to hospital. She learnt of the President’s alleged infidelity from the press, just like everyone else; then the man she loved broke up with her in an eighteen-word press release. I’m pleased to tell you that Thank You for the Moment by Valerie Trierweiler (translated by Clemence Sebag) will be published in the UK by Biteback (£18.99, hb 978 1849548236) in November, and Valerie Trierweiler is coming over to the UK to publicise it! Iain Dale from Biteback said "We are thrilled to be publishing Valerie’s memoirs, which reveal the truth about her relationship with the President, from its passionate beginnings to its brutal ending in a brief press statement.” And Trierweiler added: "I am delighted to be publishing my memoirs with Biteback - they know how to publish a book like this. My reputation was always trashed by the press in so at last I decided to write my story. I wanted for people in , and to hear from me directly - who I really am and what I have been through." There is certain to be plenty of press interest in Valérie Trierweiler‘s visit – and in her explosive book.
Order Thank You for the Moment and find out more here

And if you don’t feel you are entirely au fait with the ins and outs of Francois Holland – here’s an entertaining 3 minute guide to his love life made by the Telegraph back in January – already out of date already of course – but it gives you the general idea! Sacré bleu, what are those French politicians like?! Well, I suppose at least they are genuinely getting on with a bit of actual ooh la la rather than just sending reporters snaps of themselves in their paisley pyjamas! 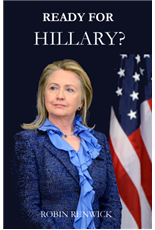 Moving from one continent to another, and from one President to a possible would-be President – Hillary Clinton looks as if she may be ready for the top job, but the question is, are we Ready for Hillary? Published again by Biteback in November, Ready for Hillary? by Robin Renwick (hb, £17.99 978 1849547888) is a candid biography of Hillary Clinton and assessment of her chances and abilities should she reach the highest office in the world. Renwick, (Baron Renwick of Clifton: a crossbench peer in the House of Lords) who was British ambassador in Washington when the Clintons arrived in the White House; examines Hillary’s record, looks at her remarkable life and her talent for statesmanship, as well as for survival, and paints a vivid, completely balanced portrait. Hillary Clinton is very likely to run for office and will announce her position early in the New Year and Renwick seeks to show what the world can expect from Hillary if she gets to the White House.
Order Ready for Hillary? here

And if you’re not remotely interested in the politics of or , then how about this entertaining rap from none other than our very own PM at this week’s party conference – who knew he could be so amusing. 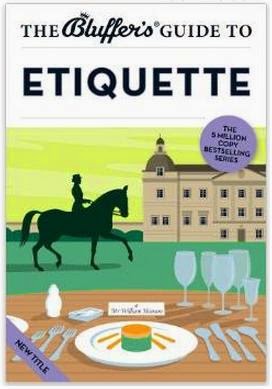 Talking of posh people being funny, the return of Downton Abbey has given a whole new lease of life to the Buffer’s Guide to Etiquette – and its author William Hanson has been doing the media rounds promoting it - here he is on radio 2 talking to Steve Wright for example. William Hanson is a trusted authority on matters of etiquette, manners and good taste. He rose to prominence as 'Britain's Youngest Etiquette Expert' and has since gone on to work within Royal and other VIP households; coach diplomats, businessmen, schools and colleges and advise several multi-national brands such as Bentley, Champagne Bollinger, The National Lottery and Green & Black's – so he definitely knows his stuff. There is an absolute obsession at the moment with social class and the “right” way of behaving – plus a fascination with/hatred of old Etonions, and the Bullingdon Club; and interest in the royals has never been greater – so how about doing a “posh” window display in your shop including all related titles – and of course plenty of copies of The Bluffer’s Guide to Etiquette! (pb, 978 1909937000)

And if you want an example of some lads who definitely need to have a quick read of  William Hanson’s Buffer’s Guide to Etiquette – then here’s the trailer for new film The Riot Club – posh boys behaving very badly indeed. 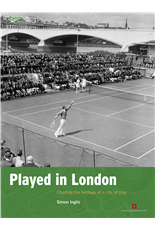 Great news that Played in London: Charting the Heritage of a City at Play by Simon Inglis (pb, 978 1848020573 25.00) has been longlisted for the William Hill Sports Book of the Year. This is a really terrific title, which reveals the history and heritage of sport in and takes the reader right up to and beyond the 2012 Olympics. It covers a vast range of sports from rowing to rugby, archery to athletics, billiards to boxing and much more. It’s beautifully illustrated with over 350 illustrations – ranging from archive and contemporary photography, maps and manuscripts. Played in London is published by English Heritage and you can find out more and order it here.

And if this is your cup of tea, then you’ll no doubt enjoy this old Pathe News footage of the Test Match played at Lords in 1905.