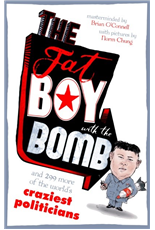 Who are the world’s craziest politicians? Well, according to Brian O’Connell, those in the are among the world's most bonkers! Boris Johnson, Brooks Newmark, Nigel Farage, Alex Salmond and George Galloway are singled out as some of the 300 nuttiest politicians in the world, along with Kim Jong Un and Vladimir Putin. The Fat Boy with the Bomb and 299 more of the World's Craziest Politicians identifies the downright dangerous leaders, as well as the just plain stupid lawmakers from around the world, and ranges from the endearingly eccentric to the pathologically insane. Here are the fanatics and the revolutionaries, the xenophobes and the homophobes, Islamists, Zionists and bible thumpers; anarchists and fascists, the idealists and the corrupt. Between them they’ve pronounced that homosexuality destroys nations, that wind turbines have motors in them to fool people and that that long hair saps energy from the brain.  "The is known for producing stupid politicians," says Brian O'Connell. "But if I was handing out an award for the dumbest politician on the planet right now, it would have to go to Harvard and Oxford-educated, former banker, Brooks Newmark, although he's not the first politician to snap and share a selfie of his family jewels. Lars Ohly, former chairman of Sweden's Left party, accidentally shared his on Instagram." Joining Newmark are Brits Boris Johnson, Nigel Farage, Bill Ethreridge, Mark Reckless, George Galloway, Nadine Dorries, Douglas Carswell, Zac Goldsmith, Neil Hamilton, Kate Hoey, Denis Skinner, Alex Salmond, Jacob Rees-Mogg and Eric Joyce. "The actually has more than its fair share of whacko politicians," says O'Connell. "They're just more inbred and insipid than some of the crazier Americans." The Fat Boy with the Bomb and 299 more of the World's Craziest Politicians profiles individuals from every corner of the world; 18 of the included politicians come from Africa, 70 from North Americas,19 from Central and South America, 47 from Asia, 16 Australasia as well as 80 from Western Europe and 43 from Eastern Europe. And all have a brilliant caricature illustration by artist Norm Chung. This is a genre crossing gift book, for those enjoying humour, politics and current affairs, and is sure to provoke controversy and discussion! Everyone loves a list – and this list of 300 wackos is hilarious!  "I'm not trying to shock," says O'Connell. “But this book is really about lifting the lid on the mad and bad that the world doesn't yet know, like Quincy Timberlake who says he plans to stand in the 2017 Kenyan presidential elections, but has been charged with the murder of his three year old son." The Fat Boy with a Bomb (978 1910183090 £12.99, pb) by Brian O'Connell and Norm Chung is published by Myrmidon Books in November.
Find out more and order it here

Here’s a very funny Brooks Newmark moment on Have I Got News For You.

And here’s a little moment from the crazy crazy world inside the head of Kim Jong Un! 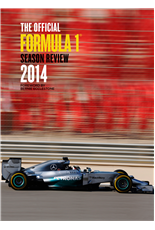 And what do Formula 1 Drivers do when they’re not driving? Make even more money starring in cheesy commercials of course - have a look at this selection! 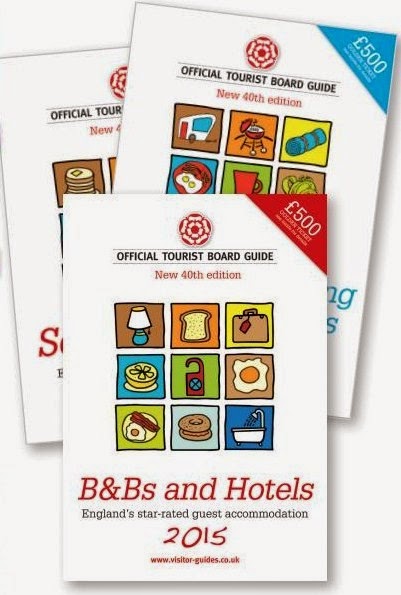 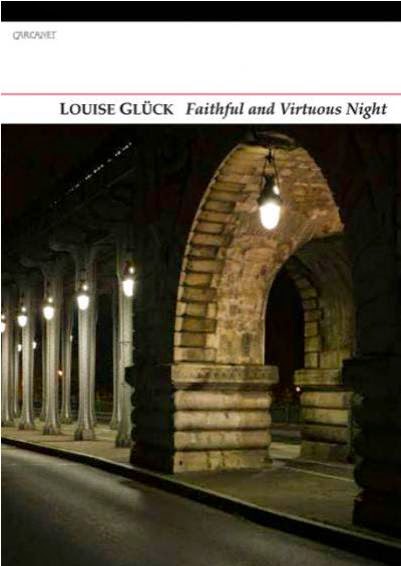 Great news for Carcanet’s author Louise Glück whose poetry collection Faithful and Virtuous Night (also shortlisted for this year’s Forward Prize) has been shortlisted for the T S Eliot Prize, which is to increase the winner’s award to £20,000 from 2015.The prize money, previously £15,000, has been increased to mark the 50th anniversary of T S Eliot’s death on 4th January next year, and each of the shortlisted poets will receive £1,500. has three shortlisted poets – John Burnside, for All One Breath, Michael Longley for The Stairwell; also shortlisted is previous winner Hugo Williams, this time for his collection I Knew the Bride (Faber). Faber has a second shortlisting for David Harsent’s Fire Songs and Ruth Padel is shortlisted for Learning to Make an Oud in Nazareth (Chatto & Windus). The other shortlisted poets are Pascale Petit for Fauverie ( Seren); war veteran Kevin Powers for Letter Composed During a Lull in Fighting (Sceptre); and Arundhathi Subramaniam for When God is a Traveller (Bloodaxe). Chair of judges Helen Dunmore said: “After reading more than a hundred poetry collections the three judges for this year's T S Eliot Prize were delighted - and excited - by the quality of the work submitted. Our shortlist reflects the musicality, mastery and ambition of these ten chosen poets.  It's worth saying that while our discussions were searching; our decisions were in all cases unanimous.”  The T S Eliot Prize Readings will take place on 11th January in Southbank Centre’s Royal Festival Hall and the winner will be announced at an award ceremony at the Wallace Collection in on 12th January. Faithful and Virtuous Night (978 1 847774 79 8, £9.95, pb) by Louise Glück is available now, find out more on the Carcanet website here. 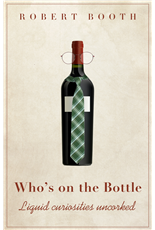 Who said: “One martini is all right, two are too many, three are not enough”? And which tipple provided the creative madness behind Picasso, Hemmingway and Toulouse-Lautrec? And how can you test the percentage of alcohol in a drink using the perfectly safe ‘gunpowder and magnifying glass’ trick? Discover the answers to these conundrums and many more in Who’s on the Bottle: Liquid Curiosities Uncorked by Robert Booth. This is anthology of the forgotten creators of, and the stories behind the drinks now known and enjoyed worldwide. You can find out all about the original cola wars of Dr John Pemberton and Caleb Davis Bradham as well as discovering how Beau Brummel thought you could be decadent and fastidious in equal measure with your champagne. An entertaining addition to the Christmas food and drink gift section of your bookshop; Who’s on the Bottle: Liquid Curiosities Uncorked (978 1909657748, £9.99, hb) by Robert Booth is published in November by Bene Factum Publishing and you can find out more and order it here.

Talking of cola wars, you’ve gotta love this old ad for Pepsi – well it made me smile anyway! 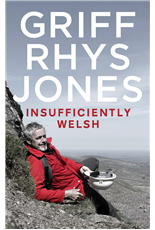 We've just heard that Griff Rhys Jones will be on The One Show next Wednesday promoting great Welsh national treasures (yes we do have plenty thank you very much) and more to the point, talking up Insufficiently Welsh (978 1909844995, pb, £9.99). The One Show has a very big audience – and this is great publicity for this book which is published in November by Parthian. No need to remind you that Griff Rhys Jones is definitely a bit of a national treasure himself, and this book will appeal to his many fans, as he searches for that Welsh part of himself that he has felt ever since being forced to sing in the choir in church and pack down for the school first XV, all in suburban Essex. It’s packed with all manner of weird, wonderful and enlightening facts and you’ll learn as much about as you do Griff! As he says: “I am going out on the road to search for my Celtic roots and explore ‘the land of my aunties’ The language, the landscape, rugby, dogs, legends, botany, wildlife, furniture and a bit more on the side: I looked into them all and here are the results...”
Find out more about it here. 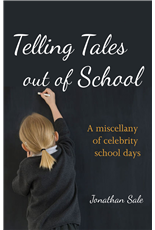 Always interesting to hear famous people’s school stories, as it usually gives hope to all of us that anyone can succeed despite a succession of horrendous school reports! Telling Tales Out of School: A Miscellany of Celebrity School Days by Jonathan Sale is a fascinating collection of interviews with celebrities who, whilst normally reticent about their adult personal lives speak candidly about their childhood. Their stories are intriguing and their anecdotes often startling and hilarious. So which celebrities are included I hear you ask? Well, how about David Bailey, Rory McGrath, Clare Balding, Jeremy Vine, Cherie Blair, Steve Redgrave, Chris Packham, Billy Bragg, Terry Jones, Melvyn Bragg, Duncan Bannatyne, Gary Lineker, Simon Schama, the Astronomer Royal, Zippo the Clown for starters? These and 200 other well-known and interesting broadcasters, writers, actors, singers, scientists, politicians, sportsmen and sportswomen pay tribute to the teachers who opened doors and sneak on the ones who slammed doors in their faces. At times hilarious and at times incredibly poignant, this book will transport all of us back to our formative years. Telling Tales Out of School (9781849547734, £17.99, hb) by Jonathan Sale is published in November by Robson Press and you can order it here.

Talking of school days nostalgia, which is the best school pop video of all time do you think? Is it Madness’s Baggy Trousers? Or could it be Pink Floyd’s Another Brick in the Wall? Now that is a tricky one…

This blog for booksellers, publishers and publicists has over 1,500 readers a month. If you would like to order any of the titles mentioned, then please click here to go to the Compass New Titles Website or talk to your Compass Sales representative.
Posted by Compass Rose at Friday, October 24, 2014