Well, I don’t think we need to say anything else about the election this morning, in my opinion Sky News and Marvin Gaye have summed it all up nicely. Pure genius. 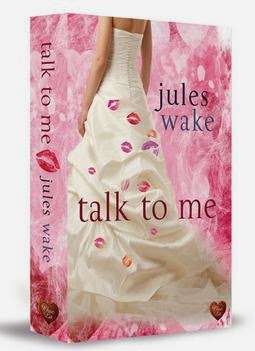 Many congratulations to Choc Lit whose novel Talk to Me by Jules Wake is on the shortlist for The Romantic Novelists' Association’s Award for new writers. The shortlist is made up of authors whose debut novels have been accepted for publication after passing through the annual RNA New Writers Scheme, which offers 250 romance writers critique from one of the RNA’s published authors on a complete manuscript. The award will be presented on Thursday 21st May and is sponsored by gardening expert Dr David Hessayon OBE, in honour of his late wife Joan, who was a longstanding member of the RNA and a supporter of its New Writers' Scheme.  The full shortlist for 2015 is: No One Wants to be Miss Havisham by Brigid Coady (HarperImpulse), What If He's The One by Kathy Jay (HarperImpulse), Crazy Undercover Love by Nikki Moore (HarperImpulse), The Torn Up Marriage by Caroline Roberts (HarperImpulse), The Vineyard by Karen Aldous (Carina), The Bankrupt Viscount by Caitlyn Callery (MuseItUp), Maybe Baby by Ashlinn Craven (Crimson Romance), What the Future Holds by Joan Fleming (Tirgearr), Safe Harbour by Natalie Kleinman (White Glove, originally published by Safkhet), Meant for Each Other by Margaret Pardoe (DC Thomson novella), Mary & the Marquis by Janice Preston (HMB Historical), In the Line of Duty by Heather Rosser (New Generation Publishing, originally published by Attica Books), A Jersey Kiss by Georgina Troy (Accent Press), Talk to Me by Jules Wake (Choc Lit) and Echoes in the Sand by Gwyneth Williams (Endeavour Press).
Find out more about Talk to Me here 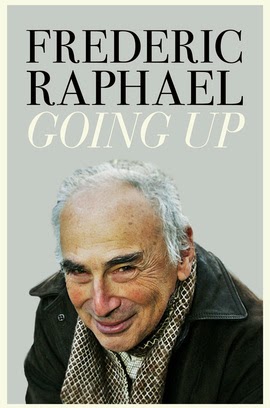 Frederic Raphael is one of ’s most celebrated writers. He is the author of over twenty novels, the most celebrated being The Glittering Prizes (and its sequels) which followed the aspirations and changing lives of a group of Cambridge students through to middle age and became a critically acclaimed six-part BBC television series for which Raphael would win a Royal Television Society Writer of the Year Award. He also wrote the screenplay for Eyes Wide Shut and won an Oscar for the 1965 movie Darling. Next month Robson Press are publishing his autobiography: Going Up. This dazzling piece of virtuoso prose writing takes the reader on a journey from to Putney, to Charterhouse, on up to , and beyond to and , recording experiences that were absorbed in Raphael’s opulent novels and screenplays. There will be a major press campaign, a serialisation in discussion and it is certain to be one of the literary memoirs of the year. Going Up (hb with photos, 978 1849548700, £20.00) is published in June and you can order it and find out more here

And if you’d like a 1-min reminder of just how very good The Glittering Prizes TV series was, then watch it here on YouTube! 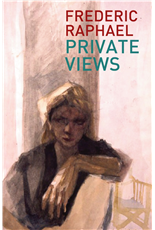 In a piece of sublime publishing synergy (it’s almost like we planned it!) a brand new novel from Frederic Raphael is coming from another Compass publisher the following month! Private Views is witty, quality fiction; a romantic and darkly erotic love story, which superbly guides our imagination towards the ambiguous connection between life and art. It starts with Katya Lowell and the secrets of her life. A beautiful, seemingly cool painter of unnerving images in 1970s , she comes to the attention of Charlie Marsden, an aristocrat who works at an old merchant bank in the City. Why does this elegant, enigmatic woman choose to spend time with outsiders such as the former secret agent Harry Groves and suburban multi millionaire Jarvis Green? This novel is a portrait gallery of smart society and the author’s pitch perfect dialogue fills the reader’s ears with many voices. Private Views (pb, £9.99 978 0720618532) is published by Peter Owen in July and you can order it and find out more here. 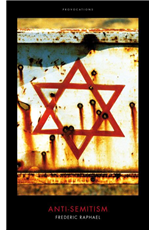 And also in July, Frederic Raphael has written a title for the acclaimed Provocations series. Anti-Semitism is a powerful new book that will both demand and lead a public debate as in a time in which anti-Semitism is on the rise across the world, this extraordinary book sadly could not be more relevant.  The Jews are at once privileged and peculiar, possibly blessed, regularly cursed. The rejection of Jesus turned ‘the ’ into ‘the Damned’, and in this sense, the rise of Christianity and the damnation of the Jews went hand in hand. Yet both Christianity and Islam cannot entirely deny that their doctrines are based on Judaism. In this extraordinary, powerful polemic, Frederic Raphael looks back through two millennia of persecution, explaining not only exactly why it is people have been killing Jews for so long, but how this religion continues to survive and flourish in spite of this history of violence. With the publication of his memoirs and novel at the same time, Raphael will be in much demand by print and broadcast media, and in the public eye. Anti-Semitism (£10, hb, 978 1849548908) is out from Biteback in July.
Find out more here 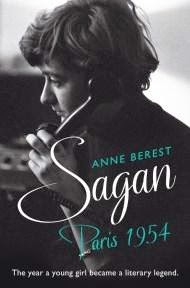 Who said “Whisky, gambling and Ferraris are better than housework.” I couldn’t agree more, and you may perhaps be surprised to find out that the author of this wise statement was in fact a woman: none other than Françoise Sagan. Sagan: 1954 is a fictionalised account of a publishing phenomenon and feminist icon – by Anne Berest and translated by Heather Lloyd, who translated the Penguin Modern Classic edition of Bonjour Tristesse, so she knows her Sagan style! This intimate and compelling novel is based on the months in 1954 leading up to the publication of that legendary novel. We encounter Françoise, - an eighteen-year-old Parisian girl – and her family and friends, in a post-war world that is changing radically. This is Françoise Sagan, before she became a literary icon - at a time of immense social change and this novel shows how her fearless approach to life lived on her own terms remains an inspiration even now. You are currently doing extremely well with translated French novels – The Red Notebook and George’s Grand Tour are currently flying off the shelves – and so did The Peculiar Life of a Lonely Postman (thanks in particular to the The Little Apple Bookshop in York for all of your support!) so I anticipate that this should be a strong seller for you too! Sagan: 1954 (£8.99, pb, 978 1908313898) is published by Gallic in June and you can find out more here.

I will absolutely defend the rights of any woman to get involved with fast cars and gambling if that’s what floats your boat – but maybe some of us should lay of the whisky a bit – otherwise this may well be the result rather than the chic Françoise Sagan style we envisaged! 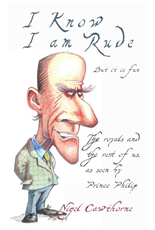 Here’s a short recap of some of his most well-known gaffes – lots more in the book! 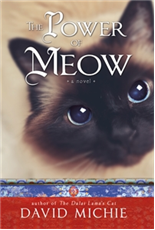 And finally – you really cannot go too far wrong with a crazy cat book, and The Power of Meow by David Michie (£7.99, pb 978 1781804070) published by Hay House in June is just such a title! This is the third novel in the series that began with The Dalai Lama's Cat and continued with The Art of Purring. If you ever doubted that your feline companion has her own inner life; just watch what happens when she falls asleep, and loses conscious control of her physical being . . . a twitching of limbs, a quivering of the jaw, sometimes, perhaps, a snuffling noise or a meow… Cats may indeed be capable of great mindfulness! This book combines deep Buddhist wisdom with playful humour and all the irreverence of a cat's perspective. In it, our slinky heroine learns to be truly being mindful; a concept better known to her as The Power of Meow. What ensues is a journey to discover her own true nature, to gain a deeper understanding of her mind, and to experience life's greatest joy, the here and now. Sounds utterly bonkers – but you never know, it might just sell…

You can see David Michie reading a little excerpt from The Power of Meow here!

Compass is now on Twitter! Follow us @CompassIPS. You’ll get the breaking news on our top titles even faster – and better still, we can find out what all of you lovely booksellers are up to – and re-tweet  your news back to all of our publishers, editors and sales people! Happy days! Here are some of our favourite Tweets from last week...

Gallic Books @gallicbooks
We had a ball on our Grand Tour w @cvermalle and Antoine Laurain. Big thanks @Dauntbooks @WaterstonesKR @Foyles @WimbledonBooks
Eva Stalker @evastalker
Great mention from Sarah Hall in this morning's Metro for Fishnet by @kirstininnes. Looking forward to reading it.
Hay House @HayHouseUK
Can you lose #weight by being less stressed? @jorgecruise says yes! Check out his new book Stubborn Fat Gone!
David Victory @VictoryDMF
Boxes by Pascal Garnier, that was a wild ride that can lead to only one thing, a disturbed nights sleep. So Pascal Garnier at his best then.
Karen Gabay @KazGabay
It's here - @pitchblackbook The story of Black British footballers @DJSpoony @Towno10 @JasonRoberts30 @arthurwharton
Pluto Press @PlutoPress
To what extent does #curationism display a need to control/dominate? Zoe Pilger asks @davidkbalzer at @LRBbookshop

This blog is taken from a newsletter which is sent weekly to over 700 booksellers as well as publishers and publicists. If you would like to order any of the titles mentioned, then please click here to go to the Compass New Titles Website or talk to your Compass Sales representative
Posted by Compass Rose at Friday, May 01, 2015