It’s official; e-newsletters are now a “thing”. Apparently Girls star Lena Dunham has upped the cool factor of this form of communication with her regular e-newsletter Lenny, and this is a trend that is building rapidly. The hippest stars are abandoning Twitter and Instagram to send out regular bulletins to their fans instead. So just by receiving Compass Points weekly, you instantly become a whole lot more chic and stylish – result! 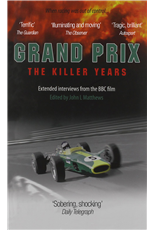 The new Formula One season starts next month – and there are plenty of fans who will say that much as they love it, it isn’t the same as it was “in the good old days”. And when was the Grand Prix at its thrilling best? Many would say in the late 60’s and early 70’s. But this era was of course a highly dangerous one – with an appalling lack of safety running right though the sport. In 2010 the BBC made a riveting documentary in 2010 on this topic, which was described as “sober and shocking” by the Daily Telegraph, “terrific” by the Guardian and “brilliant, dramatic, unmissable” by the Daily Express: it was also longlisted for a BAFTA. Now, published to coincide with the start of the 2016 Formula 1 season comes an illustrated hardback telling this shocking and enthralling story. You can see a short trailer for the original film here . Grand Prix: The Killer Years describes in gripping detail how mechanical failure, lethal track design, fire and incompetence snuffed out dozens of eager young drivers, who had become almost expendable – and this waste of life was often televised for millions to see. With boycotts of the prestigious Belgian and German Grand Prix, drivers fought to get their voices heard but it would be a long and painful time before conditions changed. Featuring many famous drivers, including three World Champions – Emerson Fittipaldi, Sir Jackie Stewart and John Surtees OBE – John L Matthews goes to the heart of these deadly years in the Grand Prix and tells the story in the words of the men who were there.  Grand Prix: The Killer Years, edited by John L Matthews, (pb, 978 1909715417, £8.99) is fully illustrated with b&w pics plus eight pages of colour plates and is published by Arena Sport in March. This story of when the sport was out of control is guaranteed to appeal to a very wide readership and you can find out more and order it here. 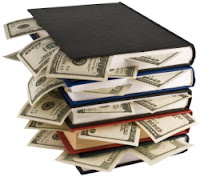 I don’t think any of us go into publishing and bookselling for the money – but the low pay of authors is a topic sure to be aired whenever two or three of them are gathered together – as long as they don’t include JK or Jeffrey. Have a read here of this blog from the Guardian , as one writer bewails the fact that it is increasingly difficult “to make a decent living” from writing – thought provoking stuff. 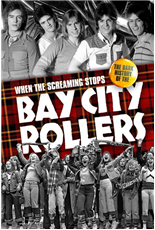 Boy bands – doncha love ‘em? But who were the very first boy band? Some claim it was none other than Scotland’s finest; the Bay City Rollers. In the 70s ‘Rollermania’ was born and the lovable lads became worldwide teen idols with hit singles including Shang-a-Lang, All of Me Loves All of You and Bye Bye Baby. However, behind the tartan trews, their story is one of worldwide pop hysteria coupled with an almost unrelenting darkness: rape, murder, suicide, deadly car crashes, organised drug-dealing, beatings, rent boys, prison sentences, sexual abuse of children, exploitation, manipulation, drug and alcohol addictions, self-hatred, missing millions, corruption, blackmail and much more.  The author of a new book has traced every band member and key associates of their notorious manager Tam Paton (who died in 2009) and has also included the opinions of the producers and other industry professionals who helped make the group a hit around the as well as family members and former lovers.  When The Screaming Stops:  The Dark History of Pop’s First Boy Band by Simon Spence is illustrated with colour and black and white (hb, £20.00, 978 1783059379) and is published by Omnibus Press in April. You can order it here.
Those of us who grew up in the 70’s are beginning to think that the entire decade appears to have been one carefully orchestrated façade. But at least in our memories we’re shaking, we’re crazy, we’re rocking to the Shang-a-Lang sound – relive those disco days here!

And now bring yourself right up to date by watching this interview with the Bay City Rollers on BBC Breakfast a couple of months ago – they are embarking on a major world tour during 2016 – so I think this new book will attract attention to say the least! 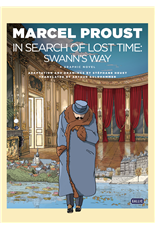 There have been some lovely reviews for Stéphane Heuet’s graphic novelisation of In Search of Lost Time: Swann's Way by Marcel Proust (hb, 978 1908313904, £19.99). The Observer (14/02) described it as “Sumptuous, elegant and beautifully paced, it is completely absorbing. I'll be forever glad to have spent so much time bent over it.” You can read that here – this review includes some illustrations too. The book was also discussed at length on BBC Radio 4 Open Book which you can hear here. The Independent (28/01) also gave a very positive review saying “Heuet's love of Proust shines through in his inventive drawings”; The Economist (13/02) said it “captures the essence of Proust beautifully” and there will be a review of it in the Financial Times this weekend. I urge you to order copies of this if you haven’t done so already – it really is a very attractive hardback which you can find out more about here. 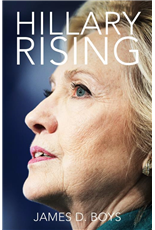 The race towards the US presidential elections is gathering momentum. Don’t forget to stock the paperback of Hillary Rising by James D. Boys (978 1849549646, £14.99) which has just come out from Robson Press. This is a candid, concise and highly accessible biography of Hillary Clinton tracing her path from Republican adolescent to Presidential candidate and uncovering her core principles and her political ideology.  As the only book on Hillary’s life and career by an expert on Bill Clinton’s presidency, it draws on original interviews with close associates of both Clintons and on a wealth of recently declassified materials from the Clinton archive to reveal the continuities and differences between Hillary and Bill, and whether it is realistic to talk of a ‘Clinton dynasty’.  There was an interesting article on Hillary Rising by James D. Boys (hb, 978 1849549646) in the Times this week: entitled America sees Hillary as the Queen of Greed by Tim Montgomerie, it wonders whether the former first lady’s earnings and closeness to Wall Street will actually drag her down rather than rise her up. You can order Hillary Rising here.


Assuming she is actually selected as the Democratic candidate; Hillary’s number one rival may well be the rumbustious Donald Trump. Let’s hear his views on Hillary – but thanks to the brilliant Peter Serafinowicz – let’s imagine he actually has a refined British accent rather than his usual New York drawl… And now let’s hear him as a tough guy cockney! Loving your work Serafinowicz! 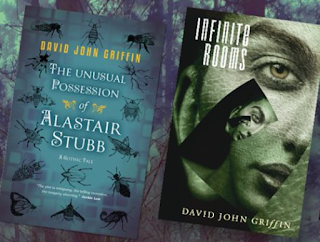 The Unusual Possession of Alastair Stubb (pb, £8.99, 978 1910692349) by David John Griffin is getting some great reader reviews – with many saying they were drawn to it initially for its gorgeous but creepy cover and fabulous fonts – so well done to those gifted designers at Urbane! This is gothic terror of the highest order, delivering a dream-like and hallucinatory reading experience that promises to reveal secrets both disturbing and astonishing: a “dark and atmospheric novel unlike anything I've ever read before” is typical of reader feedback. 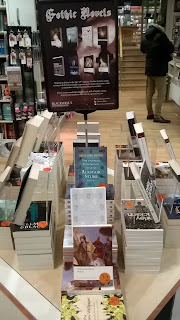 It’s currently in the 3 for 2 Gothic Novels promo at Blackwell South Bridge Edinburgh – thanks guys – nice display! And look out for Infinite Rooms – a new psychological literary thriller coming from David John Griffin in June – more on this in the weeks to come! 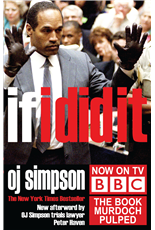 A sensational new 10-part TV series The People vs OJ Simpson began on BBC2 this week; starring Cuba Gooding and John Travolta it has had plenty of trails and publicity! To coincide with this, Gibson Square have re-issued their controversial bestseller by OJ Simpson himself; If I Did It. This has a new afterword by OJ Simpson trial-lawyer Peter Haven, and a great new cover which references the BBC series, and the fact that this controversial bestseller was originally pulped by Rupert Murdoch in America, before his publishers could release it! OJ Simpson is one of the world’s most recognisable criminals after he was found not guilty of murder in a dramatic court case, and later was found liable for wrongful death in a civil court case. In November 2008, OJ Simpson was found guilty of a crime he committed as a result of the penury brought on him after the Goldman family took the rights to his hypothetical confession to the brutal slaying of his wife and Ron Goldman. Here is the actual text he approved, as well as pieces by the Goldman family, the lawyer explaining how they caught OJ’s dream team, OJ’s ghostwriter and the acclaimed crime writer Dominick Dunne. You can watch a trailer for the new TV series here and If I Did It (pb, £8.99, 978 1783341290) is available to order now. The series runs on BBC2 from 15 Feb right through to 18 April – so interest in this is likely to build – by all account the series is highly watchable! Find out more about the book here.

We usually finish with some music; this week of course was the Grammy awards – so instead – let’s look at the 12 best moments from that! 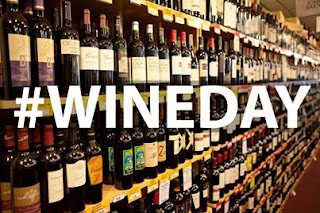 Compass is on Twitter! Follow us @CompassIPS. Yesterday was #NationalDrinkWineDay – here are some of our favourite tweets!

RosettaBooks ‏@Rosetta_Books_ Wine with a side of #books please?
Alexandra Brown ‏@alexandra_jia If you're not participating in #NationalDrinkWineDay just keep it to yourself. No one wants that kind of negativity.
The New York Times@nytimes It's #NationalDrinkWineDay, so grab a glass of red. It's probably better for you than grape juice.
Trudy ‏@thetrudz It's #NationalDrinkWineDay day. Or for me, Thursday.
Ryan Horn ‏@RyanMichaelHorn Basically, wine makes you live forever. http://www.independent.co.uk/news/science/glass-of-wine-a-day-may-help-you-age-slower-research-finds-a6748566.html …
CollegeTownLife ‏@CollegeTownLife I cook with wine. Sometimes I even add it to the food.
SF SymphonyVerified account ‏@SFSymphony “One should always be drunk. With wine, with poetry, or with virtue, as you chose. But get drunk.” ― Baudelaire
That’s all for now folks! More next week!
This blog is taken from an e-newsletter sent weekly to over 700 booksellers as well as publishers and publicists. If you would like to order any of the titles mentioned, then please click here to go to the Compass New Titles Website or talk to your Compass Sales representative.
Posted by Compass Rose at Friday, February 19, 2016