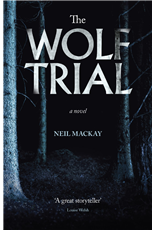 We all know novels featuring serial killers can be BIG sellers. But what do you think was the earliest factual written account of a serial killer? It happened in the isolated German town of Bideburg in the 16th century, and The Wolf Trial by Neil Mackay is a fictionalised version of this first-ever documented case. What a great idea for a book!  Historical fiction and psychological horror collide in this unforgettable tour de force; described by publishers Freight as Umberto Eco’s The Name of the Rose meets Brett Easton Ellis’s American Psycho. It is a super-lead title for them, coming in April. Paulus Melchior, lawyer, academic and enlightened rationalist, travels with his young assistant, Willy Lessinger, to the isolated German town of Bideburg where local landowner, Peter Stumpf, is accused of brutally murdering dozens of people. A society still trapped in a medieval mindset, the townsfolk clamour for the killer to be tried as a werewolf. If their demands are met his blameless wife and children will also be executed in the most barbaric way imaginable as agents of Satan and creatures contaminated by wolf blood. Paulus and Willy must fight superstition, the cruelty of those who fear what they don’t understand, and a zealous church determined to retain its grip on the souls of Bideburg, in this compelling, utterly unforgettable, shocking tour de force. Neil’s debut novel, All the Little Guns Went Bang, Bang, Bang, received great reviews: The Guardian said “this grim, vivid work is a fine evocation of childhood and a passionate critique of a society that has lost its soul” and The Wolf Trial is equally visceral, shocking and skilful. You can find out more about the Wolf Trial by Neil Mackay (hb, £13.99 978 1910449721) here.

Which do you think are the best serial killer novels of all time? Well, here's a great list from the Huffington Post which certainly includes some of my favourites.
And here’s  an entertaining countdown of the top ten fictional serial killer movies – actually I’m not sure “entertaining” is quite the right word, unless you happen to be one of the charming individuals featured! 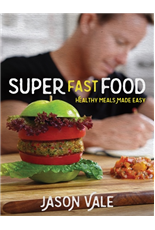 Jason Vale is the best-selling author of a dozen books on health, addiction and juicing. His books have been translated into many languages and he regular appears on television, radio (he is a great favourite of Radio 2’s Steve Wright) and in the press. Jason’s 7lbs in 7days Juice Master Diet has been described as “The most successful juice diet of all time” and over three million Jason Vale books have been sold to date. Now Jason is bringing us his first ever wholefood recipe book, Super Fast Food, which I think could do really well. It is full of healthy versions of all the classics from pizza to pasta to risotto and even a healthy veggie burger and fries as well as super salads and splendid soups. Jason Vale has genuine brand awareness, and this is the perfect book for anyone who has just finished one of his ‘Juice Challenges’ and is looking for some inspiration. You won’t find any strange ingredients or items that require a trip to specialised food shops for any of these recipes and his refreshingly uncomplicated recipes, plus an appealing front cover plus lots of appetising full colour spreads should ensure this title sells well. Super Fast Food: Healthy Meals Made Easy by Jason Vale (hb, £24.99 978 0954766474) is published by Crown House publishing in April. Find out more here.
Have a look here to see the ever enthusiastic Jason showing you how to make a healthy no-dough pizza – it does look pretty delicious I must say! 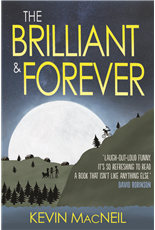 Mix Dave Eggers with Italo Calvino, add a shot of Matt Haig and a dash of Charlie Brooker and you’ve got The Brilliant & Forever, by Kevin MacNeil!  The novel is set on an island where the annual Brilliant & Forever festival is a much anticipated event; its participants a story away from either glory or infamy. The glitterati descend, the festival begins: thirteen performers, each have their own story to tell. Who will be chosen by the judges? Who will be chosen by the people? This novel is a whip-cracking, energetic, laugh-out-loud satire on what we value in culture, and in our lives.  Kevin MacNeil’s first novel The Stornoway Way sold over 20,000 copies and has become an acclaimed cult classic and Birlinn have got a great promo going for The Brilliant & Forever on Lovereading.com – where it is garnering great reviews, e.g: “Funny, thought provoking, crazy and playful … deserves to win prizes … I  laughed my way through this unusual book … It is strange and bizarre and funny and sad and deep … I really didn't know what to make of it at first but decided to persevere …. Different and a highly addictive read”. You can also listen to a podcast of Kevin discussing The Brilliant & Forever here. There is going to be a review in the Guardian next week, and there will also be forthcoming interviews with Kevin in the Herald, the Scotsman and on Radio Scotland. The Brilliant & Forever has been named both Blackwell’s and Waterstone’s Scottish Book of the Month for March, and Kevin will be promoting it at the many Scottish literary festivals during the spring and summer. The Brilliant & Forever by Kevin MacNeil (pb, £9.99, 978 1846973376) is published in March by Birlinn. You can find out more and order it here. 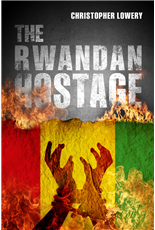 Rwandan Hostage (pb, 978 1910692967, £8.99) by Chris Lowery is published by Urbane in April. This is a sequel to the bestselling The Angolan Clan and continues the tale of corruption, murder and greed that began in the first book of the African Diamonds Trilogy, with heroine Jenny Bishop facing a terrifying new threat not only to her own life, but those of her closest family. Once more joining forces with private investigator Pedro Espinoza, Jenny uncovers an international conspiracy dating back to the horrific events of the Rwandan genocide in 1994and is in a race against time to find the abductors before revelations threaten to tear her family apart.  Rwandan Hostage is a gripping read – perfect for fans of Frederick Forsyth and Gerald Seymour. Angolan Clan was part of a WHS Travel Recommends promotion, so there will be plenty of readers waiting for this sequel – and those who have read proof copies have loved it – the Little Book Blog said “Great book – loved the blend of history and thriller. The author is clearly an expert in Africa's turbulent history and the quality of derail and characterisation made it a compelling read”. Order Rwandan Hostage here. 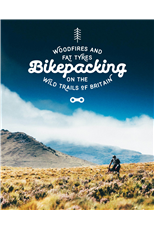 Who’s up for a spot of ‘bikepacking’ this weekend? This mix of cycling and wild camping is a fast growing international trend – and unsurprisingly, those champions of all things adventurous and fun, Wild Things Publications are right on top of it. Woodfires and Fat Tyres: Bikepacking on the Wild Trails of Britain follows author Laurence McJannet as he embarks on an off-road adventure to bike and camps his way along some of Britain’s most beautiful off-road trails and ancient trackways. This full colour paperback takes you on 30 of the finest off-road rides our island has to offer, from the Isle of Wight to the Scottish Highlands. There are loads of great tips for camping, biking, packing and exploring and as you’d expect from this inspirational publisher, there is an enticing mix of engaging travelogue and gorgeous photography. This unique new guide has mass appeal, and will be launched in May with coverage on BBC Saturday Live as well as articles in the Guardian, and the Sunday Times. There will also be joint promotional activity with the National Trust, Sustrans, the Wildlife Trusts and the Cycling Touring Club. Bikepacking (pb, 978 1910636084, £16.99) by Laurence McJannet is published by Wild Things Publishing in May. and you can see more about it here. 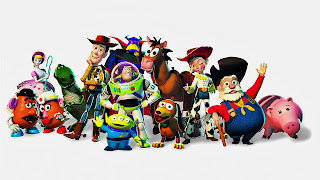 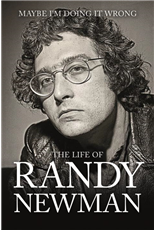 Always good to end with some music – and they don’t get much more musical than Randy Newman – I love him! Maybe I’m Doing It Wrong: The Life of Randy Newman by David and Caroline Stafford is a rewarding handbook for the Newman aficionado – but also the perfect introduction to his work.  It includes biographical notes along with many key background facts, phots, asides, diversions and essays. Randy Newman has written songs for Cilla Black, Alan Price, Dusty Springfield, Gene Pitney and Joe Cocker and as a film composer his soundtracks have included Toy Story, A Bug's Life, Cars, Monsters Inc, Meet The Parents and Seabiscuit. Has won three Emmys, six Grammy Awards and two Oscars. Maybe I’m Doing It Wrong: The Life of Randy Newman (hb, 978 1783055531, £20.00) is published by Omnibus Press in April and you can order it here.
And you can get yourself some Randy Newman love here! But if that’s just too saccharine for you – there here he is back in 1978 with his genius satire Short People.

Compass is on Twitter! Follow us @CompassIPS. We love this hilarious list of some of the funniest spelling mistakes ever on Twitter! And we’re also very amused to see Evelyn Waugh trending today, after TIME magazine listed him as one of their top 100 female writers….

Gwyneth Jones ‏@GwynethJones  Evelyn Waugh trends on Twitter after TIME names HIM a HER - Doh!
Jilly Gagnon ‏@jillygagnon  C'mon now, TIME mistook Evelyn Waugh for a woman? Even when he MARRIED an Evelyn they kept it straight. Him: Hevelyn. Her: Shevelyn.
Scott Pack ‏@meandmybigmouth  To be fair, it's Evelyn Waugh's fault for having a girl's name.
Scott Pack ‏@meandmybigmouth Although Evelyn Waugh was not a woman, has it been confirmed whether or not he was a big girl's blouse?
Jonny Geller ‏@JonnyGeller I loved Bridesmaids Revisited by Evelyn Waugh.
Literary Interest ‏@InterestingLit  When Evelyn Waugh’s first novel was rejected, he resolved to drown himself in the sea. He changed his mind when he was stung by a jellyfish.
Georgia Conkle ‏@HusbanWXG  Evelyn Waugh: “Punctuality is the virtue of the bored.”
Charm Siocon ‏@chammybear  “Sometimes, I feel the past and the future pressing so hard on either side that there's no room for the present at all.” — Evelyn Waugh
Slate@Slate  Evelyn Waugh spent his whole life dealing with people's confusion about his name.
Meredith Moore ‏@writermeredith  Retweeted OBSERVER. I was so confused about why Evelyn Waugh was trending. And now I'm just laughing.
That’s all for now folks! More next week!
This blog is taken from a newsletter which is sent weekly to over 700 booksellers as well as publishers and publicists. If you would like to order any of the titles mentioned, then please click here to go to the Compass New Titles Website or talk to your Compass Sales representative.
Posted by Compass Rose at Friday, February 26, 2016