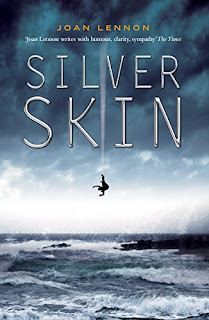 Great news for Birlinn – Silver Skin by Joan Lennon is one of three titles to be shortlisted for the first ever Scottish Teenage Book Prize. Scottish Book Trust launched the teenage book prize in May along with the Bookbug Picture Book Prize. These two new prizes replace the former annual Children’s Book Awards. You can find out more about the prizes here. The three shortlisted books are: The Last Soldier, a dyslexia-friendly story set in 1920’s Texas, by Keith Gray (Barrington Stoke); the thriller Black Cairn Point by Claire McFall (Hot Key Books); and Silver Skin, set in Stone Age Orkney, by Joan Lennon (Birlinn). Heather Collins, at Scottish Book Trust, said the teenage book prize was set up as a “celebration of the very best of Scottish YA fiction”. She added: “I defy any teenager to put these books down once they have read the first page – they all contain the ingredients of a gripping read and I predict a close-run competition." Children in Scotland aged 12-16 can now vote for the winner by submitting a class vote via the Scottish Book Trust website. The winner, who will receive a £3,000 prize, will be announced on 1st March 2017. The other two shortlisted authors will be given £500 each. Silver Skin is set on Skara Brae, Orkney, the end of the Stone Age. The sun is dying, storms batter the coast and people fear the end of the world. When Rab crawls out of the sea wearing the remains of his Silver Skin, he throws the islanders into confusion. Who is he? Why has he come? Thousands of years from home, injured and desperate, Rab must learn fast about this ancient world. What started as a high-tech study trip has turned into a struggle to survive. Bookbag said of the title: “This story mixes sci-fi and historical fiction to spectacular effect. It's original. It's interesting. It's imaginative. It's beautifully written. The plot is compelling. And it mixes science and the supernatural to great effect.” Silver Skin (978 1780272849, pb, £6.99) was published in June and has had many more rave reviews from readers on Amazon: super cover too! 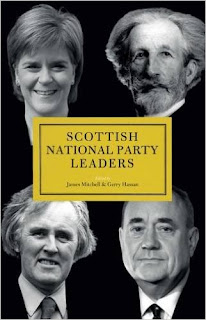 Scottish National Party Leaders (978 1785900921, hb, £25.00) by James Mitchell and Gerry Hassan is published next week by Biteback, and the Sunday Times will be serialising it this weekend. They will be using the chapter on Nicola Sturgeon, making use of an exclusive story. By any measure, the story of the Scottish National Party is an extraordinary one. Forced to endure decades of electoral irrelevance since its creation in the 1930s, it virtually swept the board in the 2015 general election, winning all but three of Scotland's fifty-nine seats in Westminster. What's more, under its current leadership, the SNP has never been a more important force in the landscape of British politics. The leaders who have stood at its helm during this tumultuous eighty-year history, from Sir Alexander MacEwen to Nicola Sturgeon and Alex Salmond, have all contributed to the shape, purpose and ultimate goal of the party of government we see today. The latest addition to the acclaimed British Political Leaders series, Scottish National Party Leaders examines each of these senior figures for the first time, and is essential reading for anyone curious about how this former fringe party evolved into a political phenomenon, changing not only the face of Scottish politics, but British politics as well.
Talking of politics, I think you will enjoy this  –  a Lego version of Donald Trump – which I think we’d probably all prefer to the real one? 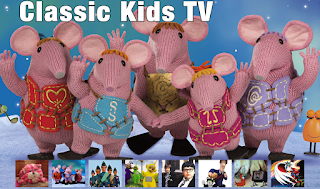 At the end of this month Red Planet are bringing out what I think will be a great photographic gift book for Christmas: Classic Kids TV: A TV-Based Trip Down Memory Lane by Mark Young (hb, 978 1905959969, £12.99). This is a fun “annual” for grown-ups and this 128-page landscape hardback is jam-packed with great colour photos and entertaining descriptions. There are loads of terrific anecdotes and stories about the programmes, characters and presenters we loved when we were growing up. The Clangers, Bagpuss, Teletubbies, Rentaghost, Blue Peter, Postman Pat, Sesame Street, Grange Hill, The Banana Splits, Thunderbirds – they’re all here – plus many other favourites. This title has plenty of cross-generational appeal; it includes a huge range of the best-loved, iconic TV programmes, ranging from the Sixties right up to the present day and is fantastically browsable, with immediate visual impact. It’s available to order now.
Here is a top ten of the best animated British children’s TV shows – lots of golden oldies that’s for sure! But do you think the number one should really be Thomas the Tank Engine – beating Paddington, Postman Pat and Dangermouse?! Have a look here to see if you agree!

If you really want classic TV though, I think you need to go back to the 70's. Ahh – that’s much more like it! 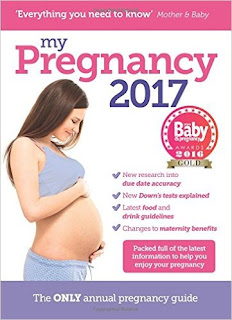 Well, if you want to settle down on the sofa and watch loads of kids’ TV – what you really need is a kid – and if you’re in the happy position of expecting one, then you’ll definitely need My Pregnancy 2017 (£14.99, pb, 978 1910336281)! This is the ONLY annually updated pregnancy guide and was winner of the Prima Baby & Pregnancy Awards 2016. This completely updated 2017 edition brings you the most up-to-date medical breakthroughs and latest research including the latest advice on antenatal care, including the latest advice about the new Downs tests and whooping cough vaccines. Every stage of pregnancy and birth covered in detail by an expert team of writers including an obstetrician and a midwife. This award-winning comprehensive pregnancy bible is with mum-to-be every step of the way, from coping with morning sickness to preparing for labour. There’s tons of practical advice and information on subjects such as the latest changes to maternity benefits, and information about the guidelines on which foods are safe to eat when you’re expecting. There’s also the latest on which baby names are in and out of fashion – including a section on the rise and rise of gender neutral names! Mother and Baby magazine said this title contains “everything you need to know” and it’s true – there’s no better pregnancy guide on the market – this title from Crimson is the out and out bestseller – so make sure you’ve got it in stock; the 2017 edition is published this month! 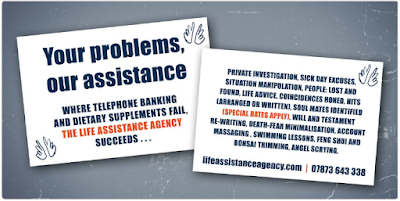 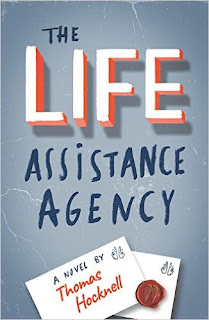 Do you want to live forever? This is THE question facing anyone pursuing immortality. But what happens when eternal life is disappointing, and everyone around you keeps dying? Ben Ferguson-Cripps, a struggling writer with a surname that gets more attention than his creative endeavours, sets aside his literary ambitions to join the mysterious Life Assistance Agency. Their first case is to trace a missing person with links to the Elizabethan angel-caller Dr John Dee. Pursued by a shadowy organisation - and the ghosts of Ben's past - the trail leads through Europe into the historic streets of Prague, where the long-buried secrets of Dr Dee's achievements are finally revealed, and Ben discovers there is far more to life than simply living. 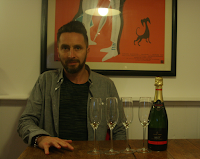 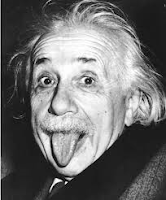 Albert Einstein famously wrote “If you want your children to be intelligent, read them fairy tales. If you want them to be more intelligent, read them more fairy tales.” An interesting piece here discusses whether there is in fact a clash between kids and culture – and how much reading affects our ability to learn, to process information, to understand emotions and use our imagination. 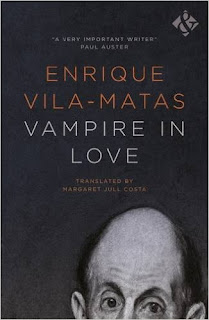 Lots of us in the office are currently reading and thoroughly enjoying Enrique Vila-Matas' brilliant short story collection Vampire in Love and we have some proofs available – if you’d like one then please email nuala@compass-ips.london – those booksellers who’ve read it so far have given us some great feedback! Gathered for the first time in English and spanning his entire career, Vampire in Love (hb, £12.99, 978 1908276865) is published in October by And Other Stories and offers a selection of the finest tales from this Spanish virtuoso. An effeminate, hunchbacked barber on the verge of death falls in love with a choir boy. A fledgling writer on barbiturates visits Marguerite Duras' Paris apartment and watches his dinner companion slip into the abyss. An unsuspecting man receives a mysterious phone call from a lonely ophthalmologist and visits his abandoned villa. The stories have been selected and brilliantly translated by Margaret Jull Costa, and are all told with Vila-Matas' delightful erudition and wit, and his provocative questioning of the interrelation of art and life. This is adventurous Spanish-language literary fiction which will appeal to readers who love Patrick Modiano, Javier Marías, Borges, Bolaño and Aira – and all those with a passion for European literature and European cities: Paris, Lisbon and Barcelona all feature prominently. Enrique Vila-Matas is one of the great European storytellers. Translated into 37 languages, he has won numerous international literary prizes and lives in Barcelona.
And talking of vampires – what’s not to love about this  – the top ten vampires of all time!

Compass is on Twitter! Follow us @CompassIPS. Here are some of our favourite tweets from this week...
Comma Press‏@commapress: Everyone should go follow @DauntBooksPub, who have joined us on twitter! #readindie
And Other Stories ‏@andothertweets: Seconded - they're cool dudes and have great and beautiful books
LSE Review of Books ‏@LSEReviewBooks: More Sex, Lies and the Ballot Box: 'A welcome salve for the rash of political madness in the UK at the moment' @BitebackPub
Plexus Publishing ‏@plexusbooks:  'It is amazing how complete is the delusion that beauty is goodness' #wisewords from Leo Tolstoy, born #OnThisDay, 1828 @Tolstoyquote
@corbynjokes ‏@corbynjokes: What do you call a massive sell-out pandering to the MSM? The Little Red Book Of Corbyn Jokes. ‘Very funny. The perfect stocking filler for the bourgeois New Liberal Red Tory MSM Stooge in your life’ Michael Deacon
Jewish News ‏@JewishNewsUK: Between a lox and a hard place! The boss of the UK’s oldest smoked salmon maker tells Jewish News how London’s Olympic Games almost wrecked his 100-year-old family firm.
an Brigden ‏@Briggy44: So happy! As Weekends Go is published in paperback today :) Dream come true. Thank you @ChocLituk #Excited
Laura Waddell ‏@lauraewaddell: Thanks again to @heraldmagazine for front cover and spread on Natural Light II last weekend
Hay House ‏@HayHouseUK: Check out @ESLifeandStyle's best self-help books list feat. @IAmMelWells & @galadarling
SF Said ‏@whatSFSaid: I saw a whole row of people READING BOOKS on the Tube today. Real books, every one of them. There's hope after all! 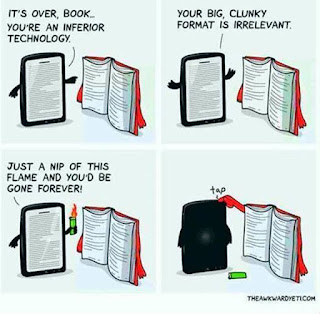 
This blog is taken from a newsletter iwhich s sent weekly to over 700 booksellers as well as publishers and publicists. If you would like to order any of the titles mentioned, then please talk to your Compass Sales Manager, or call the office on 020 8326 5696.
Posted by Compass Rose at Friday, September 09, 2016