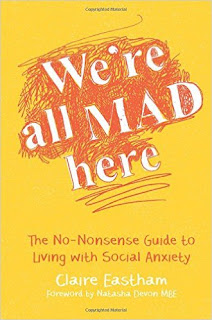 The crippling anxiety that many young people suffer from – as well as the mental health the nation in general, is something of a hot topic at present – and We’re All Mad Here: The No Nonsense Guide to Living with Social Anxiety by Claire Eastham (pb, £12.99, 978 1785920820) published this month by Jessica Kingsley has clearly struck a chord with many readers, as it is currently a number one bestseller on Amazon! So please do stock it – it’s a title which deserves as wide a readership as possible – and as the many heartfelt reviews confirm, it is a “fantastic book. Honest and accessible … very helpful and practical whilst keeping a good sense of humour throughout. Brilliant.” It’s been receiving some superb publicity this week: the author was interviewed on Tuesday by Philip Schofield and Holly Willoughby on This Morning, with an audience phone-in;  you can see  a short version of that interview here and a longer version here.  She was also on a Radio 1 panel discussing her book at the end of last week. Claire has an award-winning blog with thousands of followers www.weallmadhere.com. Social anxiety is an increasingly common condition, but personal accounts are rare, and this very readable mix of honest personal insights, practical advice and humour comes with glowing recommendations from all the mental health charities. The JKP website crashed under the weight of orders they received following Clare’s appearance on This Morning – such is the enormous demand for this title! 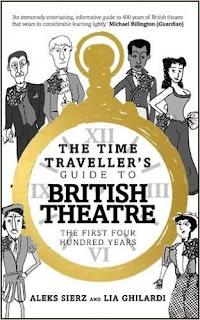 Maybe it’s because we need something to take our minds off reality, but whatever the reason, theatre is booming right across the UK at the moment. The Time Traveller's Guide to British Theatre by Aleks Sierz and Lia Ghilardi published by Oberon (£9.99, 978 1783192083, £9.99) would make an excellent Christmas gift for the many luvvie lovers all over the country.  The Guardian called this “an immensely entertaining, informative guide” and other reviewers have described it as “a cheerful romp, an excellent gift for the theatre-mad among your family and friends” and “a fast-moving ride on a theatre-go-round — only much more informative. The gossip is fun, too.” The Stage said “I am bowled over by The Time Traveller’s Guide to British Theatre... never before have I chortled and marvelled my way through anything quite so informative and entertaining.”


Personally, I love a musical. But what are the best songs EVER in any musical? Have a look at these ten  belters and find out if the hills are alive or whether life is a cabaret and all that jazz, one day more, tomorow! 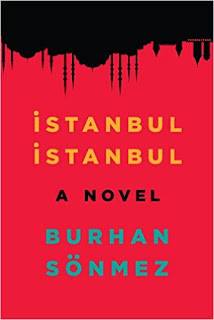 There has been some good publicity for Istanbul Istanbul by Burhan Sönmez (978 1846592058, pb, £8.99) which was published by Telegram this week. This is something of a love song to Istanbul from this internationally award-winning author, inspired by his own experiences of being imprisoned after a military coup. There was an event to launch it at Waterstone’s Piccadilly and interviews with Burhan Sönmez on Monocle 24 radio, on the  BBC World Service, on  BBC Cambridge, on BBC Radio 3’s Free Thinking Books in Translation programme and on RTE. It was featured in the Reader’s Digest November Round-Up and the Guardian said it was  “destined to become a classic” – you can read that entire piece here. 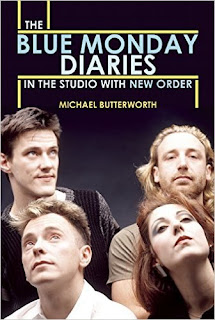 Never mind Black Friday, it’s all about Blue Monday – that is to say The Blue Monday Diaries: In the Studio With New Order (£14.99, pb, 978 0859655460) by Michael Butterworth; which is a memoir of the time he spent with New Order in 1982 whilst the band was recording Blue Monday and Power, Corruption and Lies. Butterworth kept a handwritten diary documenting this period, when he was both living with the band and going with them to the Britannia Row studios and this diary forms the centre of the book. You can read selected passages from The Blue Monday Diaries on Michael’s entertaining blog here and the book is published next week by Plexus. 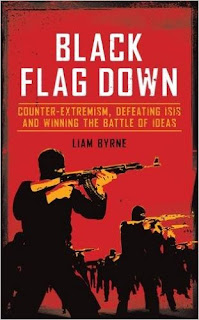 An interesting interview with author and MP Liam Byrne in the Guardian recently, talking about his new book Black Flag Down (hb, £12.99 978 1785900952) and discussing his view that Islamophobia is growing as anti-extremism policy fails, and that supremacists will thrive unless government sees that grievance rather than God inspires many to violence. You can read that article here and there have also been pieces by Liam in The Guardian the Times, and the Mirror. You can hear Liam Byrne talking about this on the Radio 4, Today Programme and on the BBC Daily Politics show. Black Flag Down is published by Biteback. 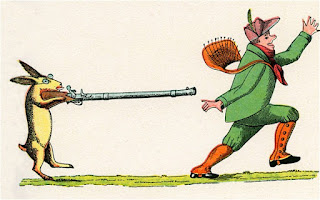 What would you say are the ten most shocking children’s books? Of course, “shocking” can be somewhat subjective – one person’s deepest darkest nightmare is someone else’s “ho hum is that the best you’ve got?” Have a look here to see which ones you’ve read – and if you agree! 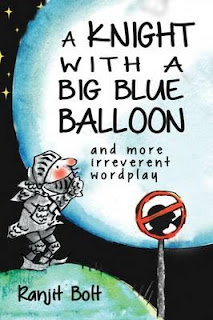 A Knight with a Big Blue Balloon by Ranjit Bolt (£8.99, pb, 978 1783341382) published by Gibson Square will be in the Telegraph round-up of top Christmas books tomorrow. Robert McCrum in the Observer called Ranjit “a literary lion... a parable of print and paper in the age of ebooks and social media...” while Simon Callow said he was “a limericist extraordinaire.” 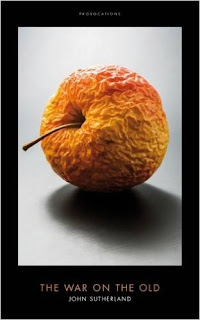 In the post-Brexit world, intergenerational conflict has become a visible phenomenon. There is an overwhelming sense of blame from younger generations: it was 'the wrinklies', who voted Leave; who are overburdening hospitals, shutting the youth out of the housing market and hoarding accumulated wealth. By 2020, one in five Britons will be pensioners, and living a longer retirement than ever before. 'A good thing', politicians add, through gritted teeth. The truth is that for them, 'the old' are a social, economic and political inconvenience. In a new Provocations title from Biteback: The War on the Old (£10.00, pb, 978 1785901713) John Sutherland (age 78, and feeling keenly what he writes about) examines this intergenerational combat as a new kind of war in which institutional neglect and universal indifference to the old has reached aggressive, and routinely lethal, levels. This is a book which sets out to provoke but in the process, tells some deep and inconvenient truths.  John Sutherland has had opinion pieces talking about his book in the Daily Express, Big Issue, and New Statesman – and a massive double page spread in the Daily Mail – entitled How the Young Declared War on the Old . 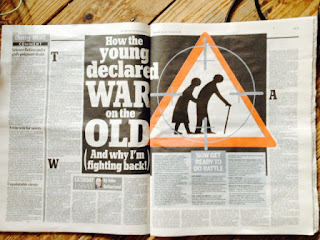 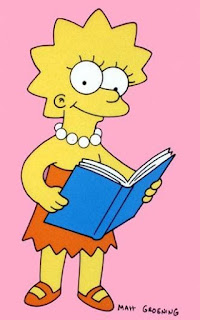 Talking of controversial oldsters, who said “It takes two to lie. One to lie and one to listen”? No, it’s not the US President Elect for a change – it’s that guru of the modern soundbite, Homer Simpson. Have a look here for 40 of the best ever Simpson quotes – I particularly love “You tried your best and you failed dismally. The lesson is, never try.”

Compass are very pleased to welcome Red Door Publishing to the team! Red Door are a new and innovative publishing house with an award-winning team who are creating a strong list of brilliant fiction, excellent commercial non-fiction and ground-breaking business books. You can find out more about them at www.reddoorpublishing.com. 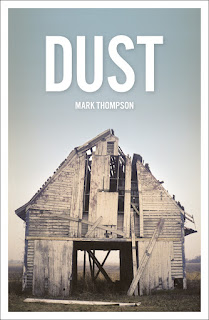 One of their autumn titles is the beautifully written Dust, by Mark Thompson (£8.99, pb 978 1910453223). This debut novel would not be out of place alongside the work of Steinbeck and Philipp Meyer’s American Rust. At turns funny, and at others heart-achingly sad, the story follows two 10-yr old boys in small-town New Jersey in the 1960s, against the backdrop of the Vietnam war. As they smoke their Kents out on an abandoned cannery dock and watch the gulls sway on rusting buoys in the sea; they dream of adventure. Through the dry heat of a formative summer, they face religious piety, alcohol, girls, sex, loss, tragedy – all the tiny things that combine to make life what it is for the two friends. But it’s a road trip through the heart of southern America that truly reveals a darker side – the two halves of a divided nation, where wealth, poverty and racial bigotry collide. Lots of enthusiasm online on social media for this novel “Just finished the fantastic Dust by @marktwrites . Very much recommended” and “one of those rare timeless books that people will discover in years to come and wonder why they never read it first time around” are typical endorsements. It has a striking and evocative cover – one to watch I think.

To celebrate the arrival of Red Door Publishing, let’s finish with the top five songs about doors. Well, first up should be the Red Door that the Stones are determined to paint it black and then who wouldn’t want to step through the Monkees’ door into summer? Who doesn’t love knockin' on heaven's door or want to find out what’s behind the green door? But I think the best door themed song ever must be this one! Ha ha ha ha!!

Compass is on Twitter! Follow us @CompassIPS. Here are some of our favourite tweets from this week...


Polygon Books ‏@PolygonBooks Cheesing for @Detroit67Book - his Young Soul Rebels have raved their way to the longlist for @PenderynPrize!


Red Lion Books ‏@RedLionBooks 'It is never too late to be what you might have been.' George Eliot, born on this day in 1819.


That’s all for now folks! More next week!
This blog is taken from a newsletter which is sent weekly to over 700 booksellers as well as publishers and publicists. If you would like to order any of the titles mentioned, then please talk to your Compass Sales Manager, or call the office on 020 8326 5696
Posted by Compass Rose at Friday, November 25, 2016