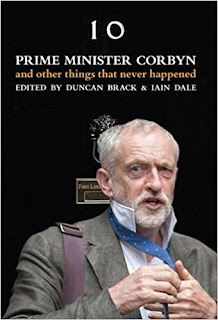 What a night! All I will say is that you may well want to get these two titles from Biteback on display at the front of your bookshop pronto! Prime Minister Corbyn And Other Things That Never Happened (hb, £14.99, 978 1785900457) brings you a century of political history turned on its head with twenty-three expert examinations of things that never happened –  oh wait…?? Prime Minister Boris And Other Things That Never Happened (pb, £9.99, 978 1849543620) also gives the reader an expert take on the different roads that history might have taken in twenty-two different scenarios. 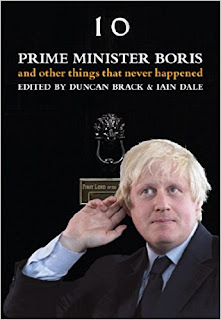 These collections are easy reading and the different writing styles and approaches to each situation provide as pleasing a contrast as the actual subjects in consideration. Whether written straight as essays, mock history from within the context of the 'what if', fictional thrillers or correspondence between academics; these essays keep the reader enthralled both at the possibilities of what might have been. A running joke in those pieces of dismissing things that really did happen as implausible; makes them a highly topical read right now! Both titles are edited by Duncan Brack and Iain Dale. 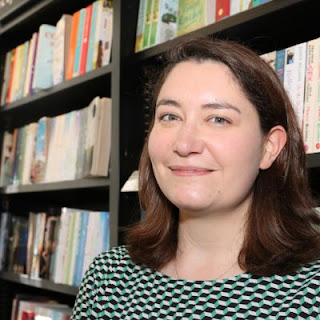 The Bookseller has just published its Rising Stars of 2017 – which you can see here.  Congratulations to all of the stellar alumni, but a special well done to Sarah Plows – Marketing Manager of Jessica Kingsley who I spy on the list. Very well-deserved IMO as the creativity of the PR and publicity campaigns for this fab publisher have been absolutely tip top recently!

And talking of Jessica Kingsley, they have just boosted their group turnover by 13% to £6.1m for the year ending December 2016, delivering an astonishing thirtieth consecutive year of growth. Founder Jessica Kingsley said “It feels very good to have completed this milestone year with an unbroken record of profit and growth. It may in some ways have felt like 30 years’ hard labour, but it is enormously satisfying to know that the books we publish make a real difference to people’s lives. We have a fantastic team at the moment, and the sense of shared values and vision for the future makes me very optimistic about what JKP can do in the future.” You can read the whole story in the Bookseller here. 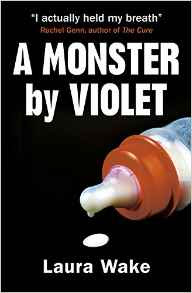 Congratulations to Urbane and Oberon whose novel and play script respectively have just been announced on a longlist of twelve titles for the Polari First Book Prize which is dominated by independent publishers and brings together an “exceptional” collection of drama, poetry, memoir and fiction, according to the judges. The chair of judges said the list “demonstrated the wealth of literary talent our community continues to produce and reflects the many challenges LGBT people still face in today’s society.” The shortlist of up to six titles will be announced on 31st July 2017 at a special Polari Literary Salon hosted at the Southbank Centre which will coincide with a series of events as it celebrates 10 years of championing LGBT voices in literature, with the largest ever LGBT literary tour undertaken in the UK. The 16-date tour will start at Bradford Literature Festival on 7th July and will move on to a special event at Hull Pride/City of Culture on 27th July, marking the 50th anniversary of The Sexual Offences Act 1967. A Monster by Violet (pb, £8.99, 978 1911129271) by Laura Wake from Urbane is a thoroughly gripping account of what happens when Violet wakes up after a three-day drug and alcohol binge to the sound of her friend's baby Maria crying with hunger, and decides to steals her, heading on a journey to a new land, and seeing in the child a chance of a new future, and salvation.

The Chemsex Monologues by Patrick Cash (pb, £6.99, 978 1786820051) is an explicit, funny and touching exploration of the sexual, high world of the chillouts through six different characters, published as a play script by Oberon. It displays a realm that is sometimes dark, but populated by very real, loveable human beings. You can see the whole Polari First Book Prize longlist here.

A new film: Detroit directed by Oscar winner Kathryn Bigelow, is out on 4 August to commemorate the 50th anniversary of the deadly 1967 riots of the Motor City. You can watch a gripping trailer for it here. Polygon have the perfect tie-in title for this film: Detroit 67: The Year That Changed Soul by Stuart Cosgrove (pb, £9.99, 978 1846973666) which was published last autumn. The book takes the reader on a journey through the drama and chaos that ripped through the city in 1967, tearing it apart in personal, political and interracial violence. It is the story of Motown, and the damaging disputes at the heart of the most successful African-American music label ever, set against a backdrop of urban riots, escalating war in Vietnam and police corruption. There will undoubtedly be a LOT of publicity both for the new film and the 50-year anniversary of this turbulent year; so do make sure you have Detroit 67: The Year That Changed Soul on order! 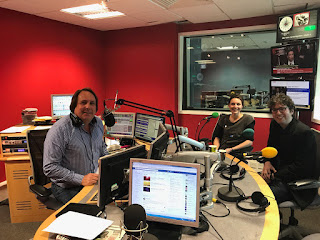 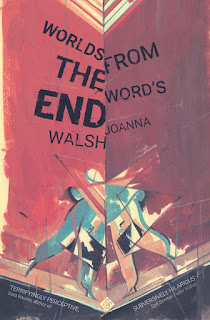 How lovely to meet many of our marvellous publishers this week in sunny Slough where they told us all about the books they will be releasing between August and the end of the year. Lots of treats in store for you, which I’ll be telling you more about in the coming months! It’s always exciting to get some reading copies of forthcoming titles – and I was thrilled to pick up Words from the World’s End by Joanna Walsh – the much-anticipated short story collection follow-up to Vertigo which is published in September by And Other Stories. The Guardian chose Joanna for one of its Best Books of 2016 calling her writing “profoundly moving” and I am LOVING this new collection which certainly cements her reputation as one of the sharpest, most perceptive writers of this century. Wearing her learning lightly, the stories make us see the world afresh while showing us she has read the world. 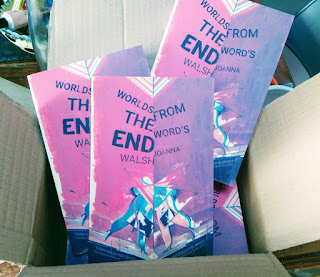 Like a Fish Needs a ... is perhaps the funniest, most freewheeling story ever written about cycling and in Worlds from the Word's End, Walsh conjures up a country in which words themselves fall out of fashion, something that will never happen wherever Walsh is read! Joanna Walsh’s playful and iconoclastic style brings a real sharpness to the fiction of ideas and in an oblique way this collection is a timely take on the contemporary political situation. If any bookseller would like a reading copy or to talk about booking Joanna for a literary event – then please get in touch with Nicky at nichola@andotherstories.org. What a brilliant and bold cover from New Yorker illustrator Roman Muradov. 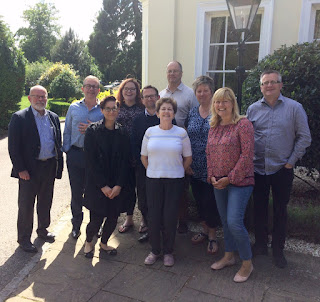 Here are some of the Compass Team with Carcanet's Michael and Katie taking a quick breather from the books outside the conference hotel!

This is a lot of fun! The legendary Fleet Street editor Harold Evans has written a very amusing article in the Guardian on the 35 words you’re (probably) getting wrong! Do you know how to correctly use affect and effect? Compose and comprise? Are you sure?! 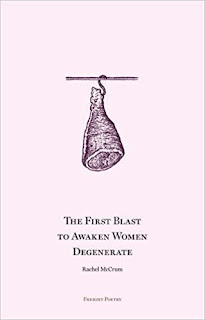 Rachel McCrum is one of Scotland's highest profile poets and performers and The First Blast to Awaken Women Degenerate (£9.99, pb, 978 1911332428) is her eagerly-awaited debut poetry collection which is published by Freight in July.  Rachel McCrum will be doing loads of publicity for it: she’s at the British Council International Literature Showcase in Norwich in June, then the West Cork Literary Festival on 17th July, then up to Scotland for a performance with National Gallery Scotland on 21 July; workshops at the Scottish Storytelling Centre and Edinburgh International Summer School and bookshop readings too. She’ll be at the Edinburgh Book Festival in August, then the Stowed Out Festival in the Scottish Borders followed by Wordlife in Sheffield, a reading at Hebden Bridge; London’s  Roundhouse on 7 September, Bristol on 9 September, and a reading at Mr B's Emporium, Bath on 14 September followed by possible dates in Cardiff and Southampton then the Aspects Festival in Northern Ireland, the Literary Dundee festival and the Wigtown Book Festival. Phew, that’s making me feel exhausted just writing it all down! You can see Rachel McCrum performing a poem that she wrote to mark the Scottish Refugee Council's 30th anniversary in supporting refugees in Scotland here. 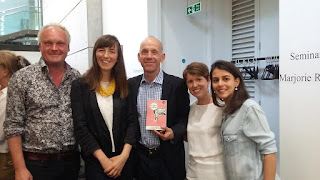 Hooray! Frank Perry has just won the Oxford-Weidenfeld Translation Prize for Bret Easton Ellis and the Other Dogs (pb, £9.99, 978 1908276643). Published by And Other Stories, this debut novel by Swedish sensation Lina Wolff is a black and Bolano-esque take on the limitations of love in a dog-eat-dog world, set a run-down brothel in Spain. Mordantly funny, dryly sensual, written and translated with a staggering lightness of touch; this is a very worthy winner of this prestigious prize. It has a super vibrant and witty cover as you’d expect from this exciting publisher. 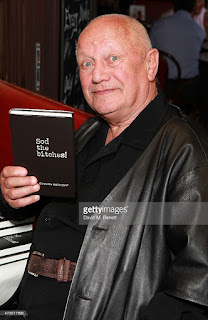 I don’t know if you caught the ever-startling Steven Berkoff talking with Jonathan Ross about his debut novel Sod the Bitches about his debut novel on his BBC Radio 2 Arts Show last week? If not you can listen again to that here -  it’s 24 mins in – but tbh the whole programme is worth a listen! Sod the Bitches (pb, £9.99, 978 1911129219) has just come out in paperback from Urbane and includes many of the challenging themes that haunt the Steven Berkoff canon: his luxurious verbosity; his counterpoint of crude street patter and elegiac proclamation; sex wars; class wars; dislocation and abandonment of love in a thankless and unyielding world. This is a powerful, divisive and brutally honest novel that will inspire, enrage and provoke. As one reviewer put it: “You may read one or two paragraphs through squinted eyes while grinding your teeth, but that is what a truly great book does - forces you to pay attention to every word on every page, making you react physically as well as emotionally. Steven Berkoff waited a long time to give us his first novel; give it a try yourself and you'll see why it was very much worth the wait.”

Compass is on Twitter! Follow us @CompassIPS. Here are some of our favourite tweets from today. I particularly like the #DailyAffirmation from Hay House, leading the way on how to stay positive whatever your politics!

Hay House‏ @HayHouseUK “I rejoice in others’ successes, knowing there is plenty for us all.”@LouiseHay #DailyAffirmation
Haslemere Bookshop‏ @HaslemereBooks Retweeted West End Lane Books: Cheery, bleary booksellers here too!
Chris Mann‏ @chrismannbbc Loving being read poetry by Rebecca Watts and @adamcrothers @carcanet @BBCCambs
Laurie Macfarlane‏ @L__Macfarlane Lessons #GE2017: #1 Social democratic policies are popular #2 The tabloids have lost their grip on politics #3 Mass door knocking works
Books & Ink Bookshop‏ @booksinkbanbury Whatever your views on the result, an increase in voter turnout is a win for Democracy & an increase in women MPs is a win for Equality.
Kirkdale Bookshop‏ @KirkdaleBooks Hung means hung. Oh, wait a minute that's rude.
Ulysses Reader‏ @UlyssesReader and a randy ro! and my galloping tearing tandy, O! Bow to the inevitable. Grin and bear it.
Matt Haig‏ @matthaig1 72% of the under 25's voted. The media idea of the selfish selfie generation is way off.
WHSmith‏ @WHSmith “It was the best of times, it was the worst of times”. On this day in 1870, Charles Dickens died after suffering a stroke.
Rebecca Fincham‏ @beckyfincham Woman at door of polling station: Are you here to vote or for the exercise class? Me: I'm here to exercise my right to vote
That’s all for now folks! More next week!


This newsletter is sent weekly to over 700 booksellers as well as publishers and publicists. If you would like to order any of the titles mentioned, then please talk to your Compass Sales Manager, or call the office on 020 8326 5696.
Posted by Compass Rose at Friday, June 09, 2017